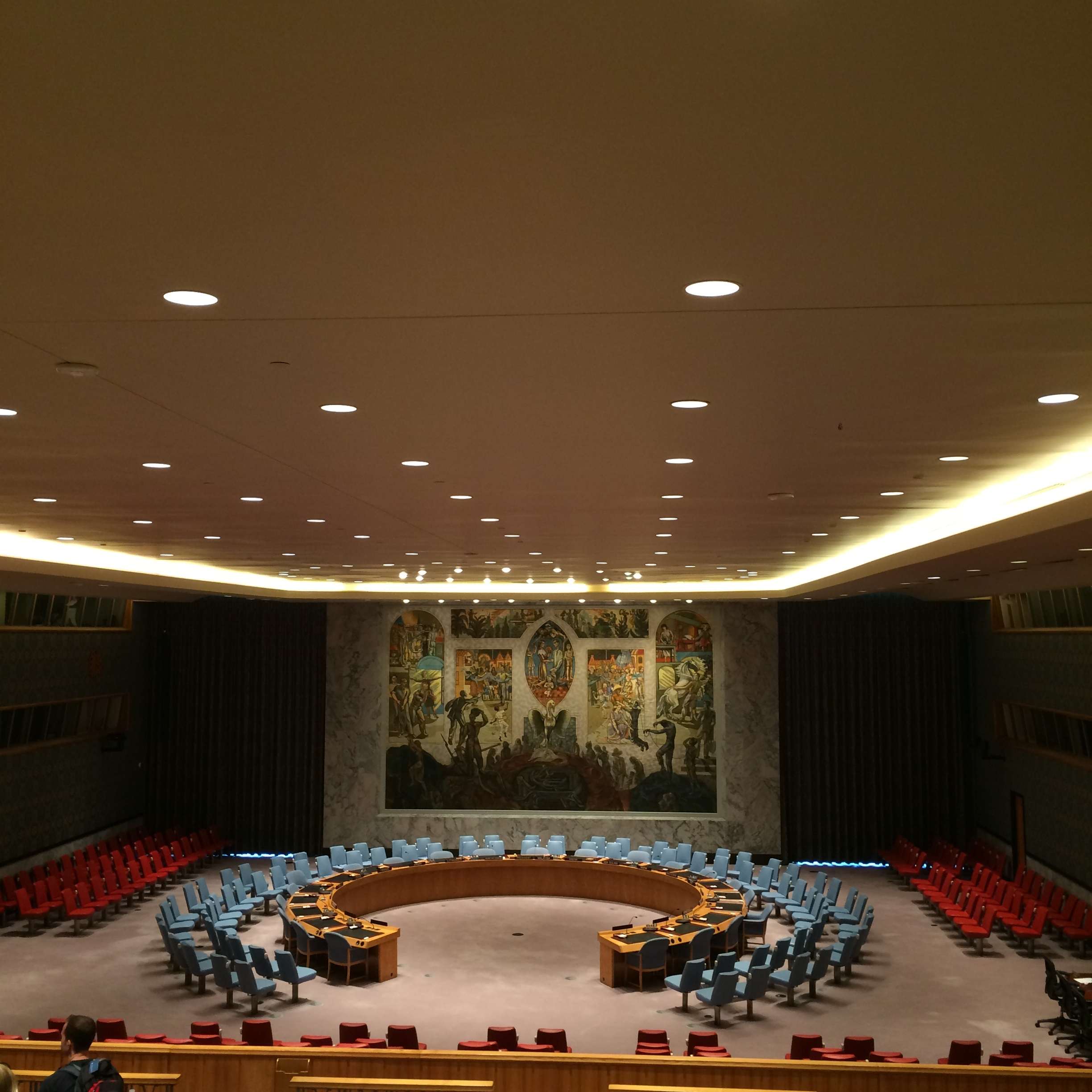 The U.S. presidential race is in full swing and is the focal point of many political news shows in the United States. In the race there are two women running, from both parties, receiving major news coverage and recognition in this election cycle. While it is a positive step forward, that two women have been so heavily featured in the media, there is another important election taking place next year that has received little, if any, attention in the U.S.: the election of the Secretary-General of the United Nations.

The current Secretary-General, Ban Ki-moon, will finish his term in 2016, after ten years of leadership. His replacement will be a candidate recommended to the U.N. General Assembly by the Security Council, the U.N.’s executive body. Because of backroom politicking and de facto rules of selection, the next candidate is likely to be from Eastern Europe, as it is the only region not to be granted a Secretary-General posting through the unwritten rule of regional “rotation”.

The position of Secretary-General has, since its inception, been as exclusionary in gender as regional representation. Since its establishment in 1945, only men have led the United Nations Secretariat. With the upcoming election for the ninth Secretary-General, there has been an increased push to consider a multitude of qualified, female candidates. For example, Irina Bokova, director general of UNESCO and Bulgaria’s candidate, would fit the Eastern European expectation. Another prominent female diplomat, Helen Clark, the former prime minister of New Zealand and U.N. Development Program administrator, has openly campaigned for herself, and for the idea of a female Secretary-General.

With a multitude of qualified, female candidates, there should be a bigger push to include a woman in the consideration for the United Nation’s top post. Currently, there are only 31 female ambassadors—​out of 193 member states —​serving at the U.N. Headquarters in New York.  This correlates with other startling statistics about women in politics, such as just 22% of global parliamentarians are women and, in the last 50 years, just 7.4% of countries have had a female head of state. If a woman were to win the election, it would serve as an inspiring and greatly symbolic victory for women in politics, both domestically in the United States and internationally.

Gillian Sorensen, the former Assistant Secretary General, spoke to Seton Hall students over the summer, during their week-long course at and around the United Nations, about this very topic. “To have a female U.N. leader would be a historic change,” Sorensen said, going on to explain that electing a woman to the top spot would show the world that the U.N. and the U.N. Charter are dedicated to promoting the equality of both men and women.  Through male eyes, the look of pure admiration and awe on the faces of the female students in the room was inspiring; the rush of those same young women to shake her hand was unforgettable.

A major success for the U.N. this year was the passage of the new Sustainable Development Goals (SDGs), a set of objectives agreed upon by all 193 member states. Goal 5 of the SDGs promotes the idea of gender equality and the end of gender discrimination. Currently, at least 42 countries have signed on to declare that “the time has come for a woman to hold the highest position,” including Britain, one the permanent five members of the Security Council. If the U.N. is so intent on promoting the ideal of gender equality, it would be dishearteningly ironic if a women was not considered for the role of new Secretary-General.

Among the groups advocating for a female Secretary-General are Equality Now; the Accountability, Coherence and Transparency Group [ACT], (a Swiss-led group of 27 U.N. member states looking at reform in the Security Council); and Woman SG. But the most critical group to advocate for this sweeping change is us, those engaged members of society that seek to change the world through grassroots advocacy and knowledge. It is my hope to see a woman considered for the Secretary- General position, and perhaps being elected, at the end of next year. If you share that hope, spread the word, and observe how the world can change around you.