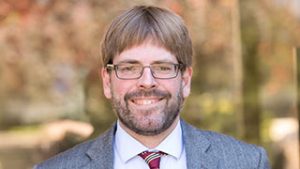 A scholar of 17th century French literature and culture, Dr. Shoemaker is the author of over 15 peer-reviewed journal articles and two scholarly books. Areas of special interest include rhetoric and literature, the social history of literature, the novel and the Moralists. He received his Ph.D. in Romance Languages and Literatures from Princeton University in 1997, where he was a Jacob Javitts Fellow and the recipient of a French Government Fellowship (Bourse Chateaubriand) that enabled him to study at the Ecole Normale Supérieure in Paris from 1994 – 1995. He also holds an M.A. in Romance Languages and Literatures from Princeton and a B.A. in French from the University of Chicago.