Researchers from the University of Calgary reported that disruption of a region of L-plastin (LPL), a calcium binding protein, prevented cancer cells from invading.  The area on LPL is called a “molecular switch.” On the basis of this work, the molecular switch has emerged as a new target for cancer treatment.

The modified protein was unable to bind with actin, which is essential for cytoskeletal remodeling movement of cancer cells. L-plastin is expressed in cells of hematopoietic origin and in metastatic cancer cells, both of which are mobile cells. LPL is known to be required for T cell activation and motility. Neutrophils that do not express LPL do not kill pathogens. Blocking of LPL with intracellular antibodies inhibits the formation of filopodia, which are essential for motility.

LPL is comprised of two N-terminal EF-hand motifs (head-piece domain), which are homologous to a single domain of calmodulin (CaM) (34.7% identical), followed by two actin-binding domains (ABDs). Each ABD consists of two independently folded calponin homology (CH) domains. While many signaling and cytoskeletal proteins share these CH domains, plastins are the only known proteins to have two tandem ABDs. The four CH domains are each folded into a compact globular shape where the ABD1 and ABD2 are arranged back-to-back. Each ABD can bind an actin-filament, thereby LPL can cross-link between two actin-filaments to form a tight bundle.

The researchers discovered that an extra ‘switch-helix’ can be formed between the EF construct and the ABDs which may act as the Ca2+-sensor. This fifth helix of LPL (H5) is only formed in the presence of Ca2+when it is bound to the two EF-hand motifs. 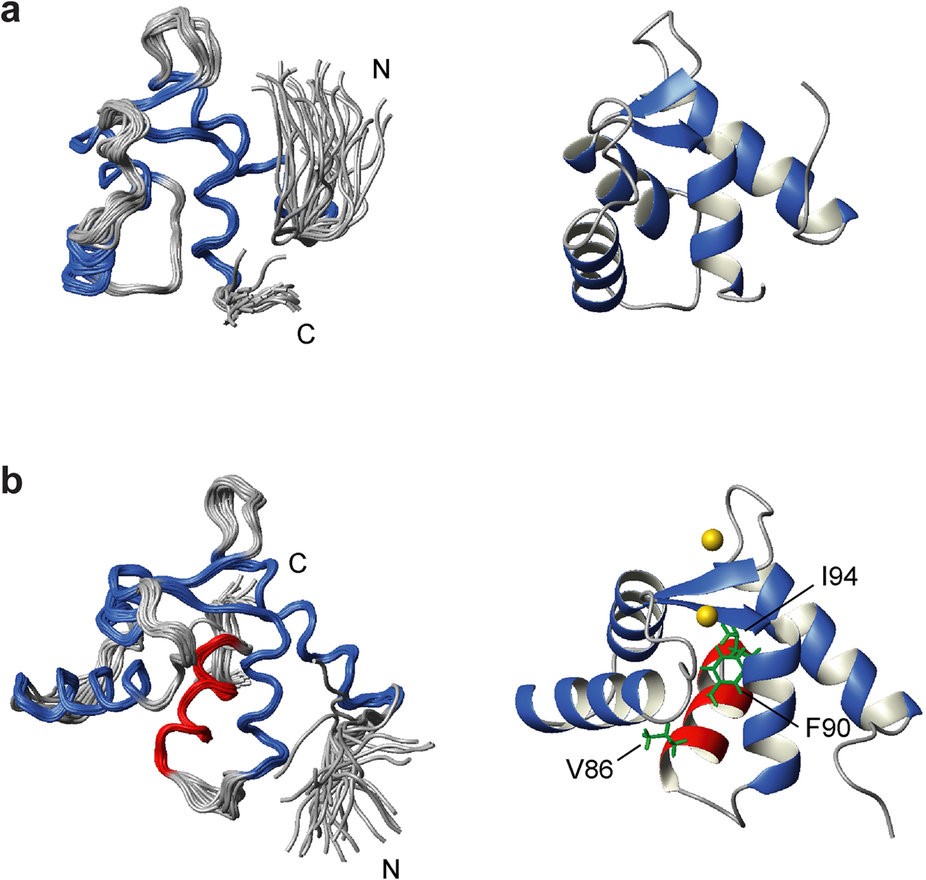 Figure 1. The solution NMR structures of (a) Ca2+-free EF and (b) Ca2+-bound EF-H5. The 30 lowest energy structures are superimposed using the backbone atoms in the well folded region (left panels). The four helices which make up the two EF-hands are shown in blue whereas helix 5 (H5) in EF-H5 is shown in red. Ribbon representation of the lowest energy structure (right panels). The key residues (V86, F90, and I94) which associate with the hydrophobic pocket of the EF domain are highlighted. Two Ca2+ ions are also displayed as gold spheres. http://www.nature.com/articles/srep40662

Disruption of the switch helix with a peptide (melittin) can out-compete the regulatory helix (H5) in the EF-H5 construct, thereby, disabling the Ca2+-switch of LPL and disrupting the ability of LPL to effectively bundle actin filaments. Melittin is contained in bee venom and has been reported to block metastases and has been proposed as an anti-cancer therapy. But, because it is a strongly hemolytic peptide, it is not appropriate for clinical use, however, the development of drugs that mimic its activity in regulating the LPL switch may be quite useful. 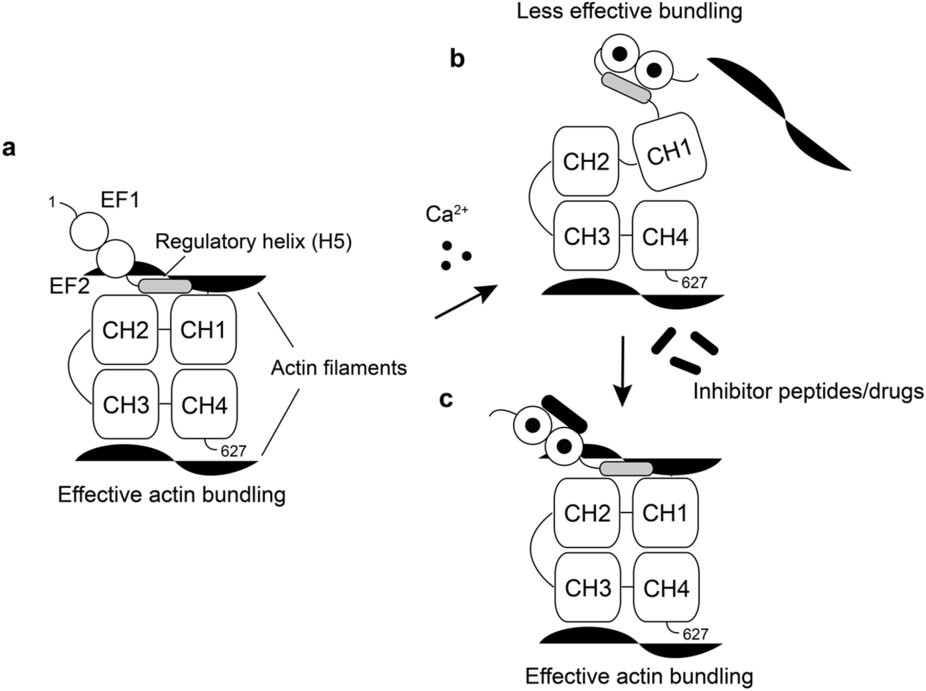 Figure 2. (a) The regulatory helix (H5) stabilizes the actin binding interface formed with CH1 and 2 (ABD1) in the absence of Ca2+. (b) The Ca2+-bound EF hands sequesters H5 from ABD1, resulting in a less stable domain orientation, which leads to the lower actin bundling efficiency. (c) Peptides or drugs which can block the association between H5 and EF hands can potentially deregulate the Ca2+-switch of LPL. http://www.nature.com/articles/srep40662