“The first indication for the new test will be lung cancer,” Dr Wong told Medscape Medical News. “The majority of lung cancers are non–small cell lung carcinomas, in which 20% have actionable mutations in the EGFR gene that can be effectively treated with gefitinib to prolong survival of patients by 1 to 1.5 years.”

The device has a high degree of accuracy in comparison with current sequencing technology, according to Dr Wong, and can assist with clinical treatment decisions involving tyrosine kinase inhibitors (TKIs) in patients with NSCLC.

The crucial finding came from a blinded and randomized clinical study that used saliva samples obtained from lung cancer patients. Using the EFIRM technique to detect two major tumor-causing mutations in the EGFR gene (L858R and exon 19 deletion) in saliva, the investigators attained nearly identical results as with bronchoscopy-based detection of the same two mutations. The researchers note that their findings have significant implications in the search to develop more effective, non-invasive, reliable early detection testing for lung cancer mutations. In addition, EFIRM testing has the potential to demonstrate how the body is reacting to cancer treatments and whether those treatments need to be modified to improve a patient’s response. The researchers demonstrated that the detection of EGFR mutations in saliva via the EFIRM method was just as effective as testing with plasma. 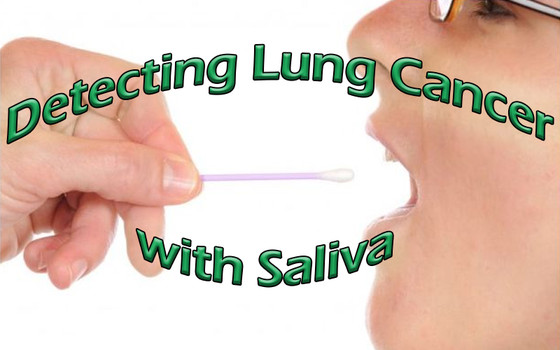 Aside from being a noninvasive test, two of the major “selling points” are the speed at which results can be determined and the low cost. For example, biopsy results may take several days to be delivered to the physician, with costs of around $2000. Results of a mutational analysis take 2 weeks to deliver, at a cost of $450.

In contrast, according to the researchers, saliva can be collected in 1 to 10 minutes, analyzed in less than 10 minutes, and then delivered by wireless to the physician in seconds. The total projected cost would be less than $25.

The technology can be utilized at the point of care and be reference laboratory–based, Dr Wong explained. “A point-of-care unit can be used in a physician’s office to examine a drop of blood or saliva for the ctDNA, and in 10 minutes, accurate information is revealed. If a mutation is positive, a TKI can be prescribed to the patient for treatment to begin immediately.

“The patient doesn’t have to wait 2 weeks, undergo invasive bronchoscopy, and spend thousands of dollars,” he added. Dr Wong cautioned that their current test should be viewed as a screening tool or for risk assessment only in symptomatic patients and that it is not meant to replace biopsy. “When we have additional data, which we will in due time, it can then be diagnostic,” he said.

Advanced-stage non-small-cell lung cancer (NSCLC) is currently considered an incurable disease for which standard chemotherapy provides marginal improvement in overall survival at the expense of substantial morbidity and mortality. Even with the addition of agents, such as bevacizumab (anti-vascular endothelial growth factor – VEGF – monoclonal antibody), to chemotherapy, the median overall survival of patients with metastatic NSCLC remains approximately 1 year. 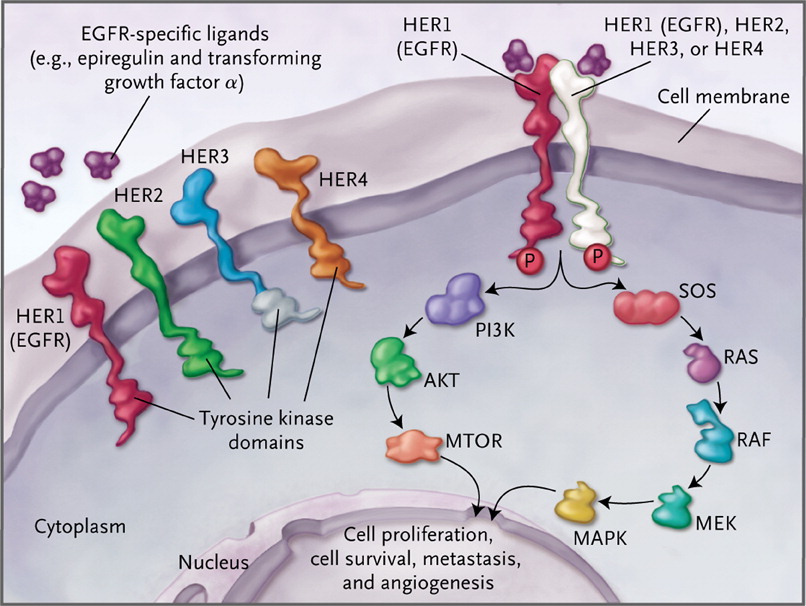 Which patients with non-small-cell lung cancer appear to benefit most substantially from treatment with erlotinib or gefitinib?

The available trial data suggest that EGFR tyrosine kinase inhibitors have efficacy that is similar to that of standard chemotherapy as second- or third-line treatment for patients with advanced NSCLC. Among patients receiving first-line therapy, tyrosine kinase inhibitors appear to be inferior to standard chemotherapy overall but superior for selected patients, especially for those with activating EGFR mutations.

For how long should treatment with erlotinib or gefitinib be continued?

Daily erlotinib or gefitinib therapy should be continued for as long as the patient’s performance status is adequate and there is no clinical or radiographic progression, since patients with stable disease have been shown to derive clinical benefit. Furthermore, data support the continuation of treatment even if a loss of response is documented, since tumor progression is accelerated to a greater degree if the agent is discontinued.

Concurrent treatment with which medications should be avoided in patients being treated with erlotinib or gefitinib?

The solubility of both erlotinib and gefitinib is pH dependent. Agents that alter gastric pH, such as H2-receptor antagonists and proton-pump inhibitors, can substantially reduce the plasma levels of the EGFR tyrosine kinase inhibitors, and their concomitant use should be avoided.

What is the most common dose-limiting adverse effect that limits erlotinib or gefitinib dosing?

In phase 1 studies of both agents, diarrhea was the dose-limiting effect. Diarrhea occurs in up to 55% of patients who are treated with erlotinib, with severe diarrhea occurring in 6% of patients. The incidence of diarrhea in patients receiving gefitinib ranges from 27 to 35%. Unlike traditional cytotoxic agents, erlotinib and gefitinib do not typically cause myelosuppression, neuropathy, alopecia, or severe nausea.