Microtubule inhibitors such as taxanes (e.g., Taxol – paclitaxel, Taxotere – docetaxel, and Abraxane – albumin-bound paclitaxel) and vinca alkaloids (e.g., Vinblastine and  Oncovin – vincristine) have been reported to be highly effective against breast cancer as well as many other types of cancer. Similar to these drugs, eribulin is a microtubule inhibitor that induces apoptosis of cancer cells by stopping mitosis in the G2/M phase of the cell cycle. 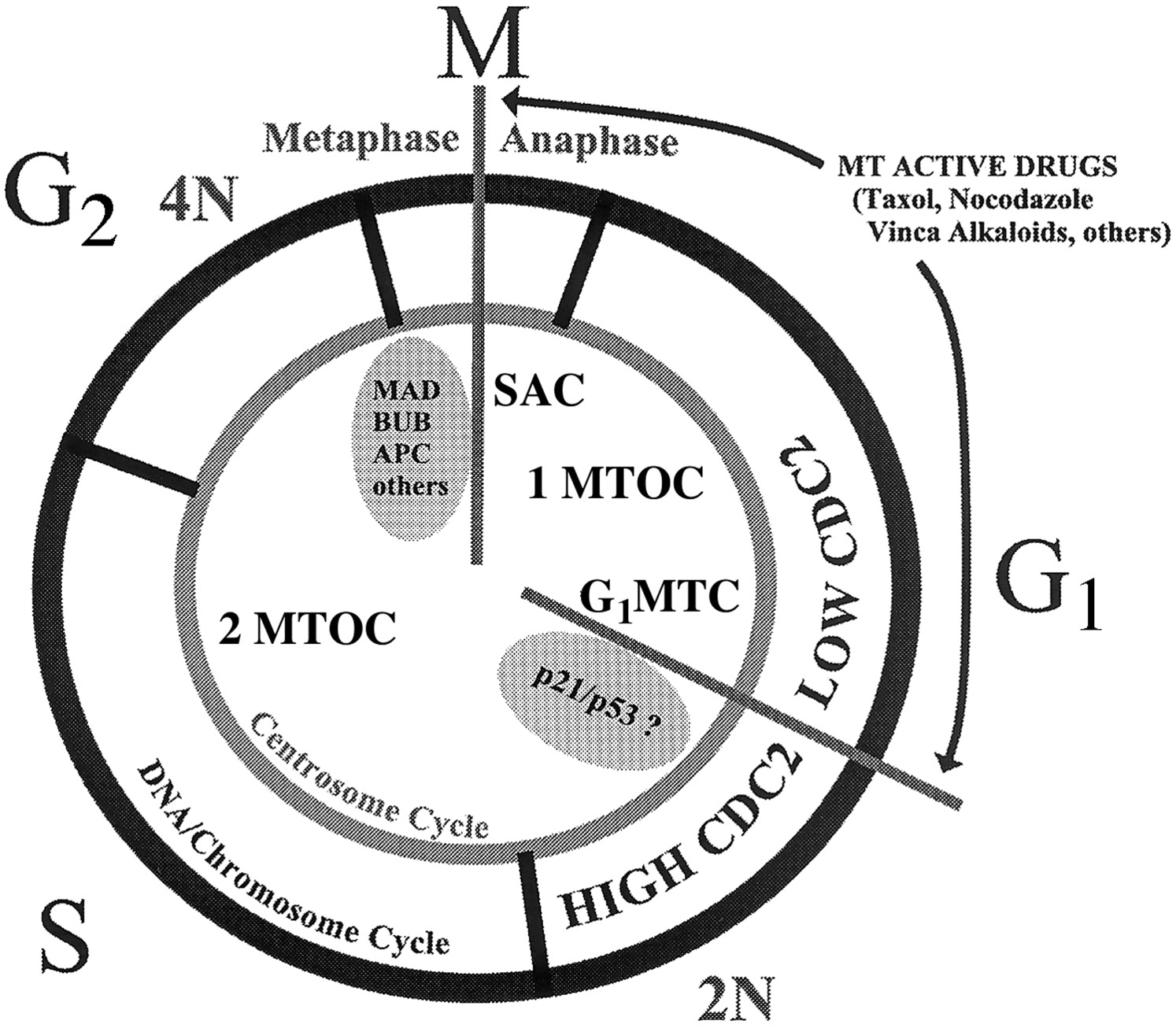 Recent studies have demonstrated that the mode of inhibitory action of eribulin differs from mechanisms of conventional microtubule inhibitors:

Because eribulin selectively binds with highly affinity to only microtubule plus ends, a small number of molecules can exert antitumor effect through microtubule inhibition. Binding of one molecule of eribulin to two microtubules can inhibit cell proliferation by 50%, and such binding is reversible. A recent analysis showed that eribulin binds to a site near the guanosine 5′-triphosphate (GTP) binding site. Because eribulin strongly binds only to this unique site involved in microtubule polymerization, eribulin produces antitumor activity at much lower drug concentrations than conventional microtubule inhibitors. 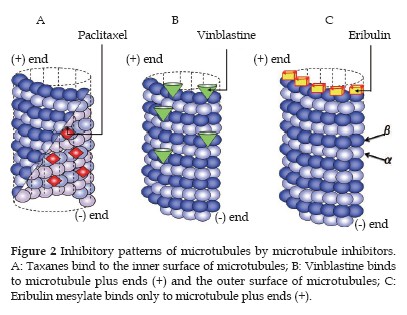 According to the FDA, approximately 1000 people all over the world are diagnosed each year with liposarcoma. Moreover, it would seem that this type of cancer has a high death rate. But, according to the FDA, this new drug is capable of extending the patient’s life by 15 months, compared to the old drug, dacarbazine (a DNA alkylating agent), which had a median overall survival of 8.4 months.

In one study reported in May 2015, 452 patients (67% female; 79% younger than age 65 years) with liposarcoma and leiomyosarcoma were included. Researchers randomly assigned 228 patients to 1.4 mg/m² eribulin intravenously on days 1 and 8 every 21 days and 224 patients to 850 mg/m² to 1200 mg/m² dacarbazine intravenously on day 1 every 21 days. Patients received treatment until disease progression.

The FDA cited a subgroup from this trial including only 143 patients with liposarcoma. In these patients, the median overall survival was 15.6 months with eribulin and only 8.4 months with dacarbazine.

Yondelis (trabectedin) is an alkylating agent that has been shown to have a superior progression-free interval compared to dacarbazine in patients with liposarcoma and leiomyosacrcoma: 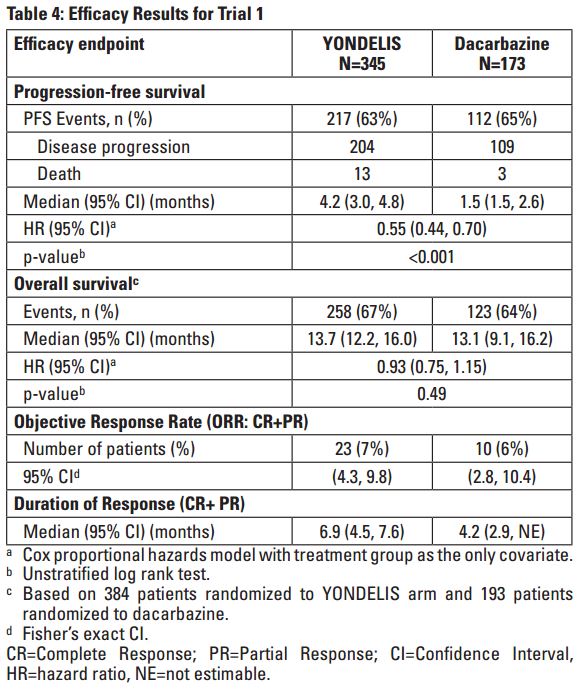 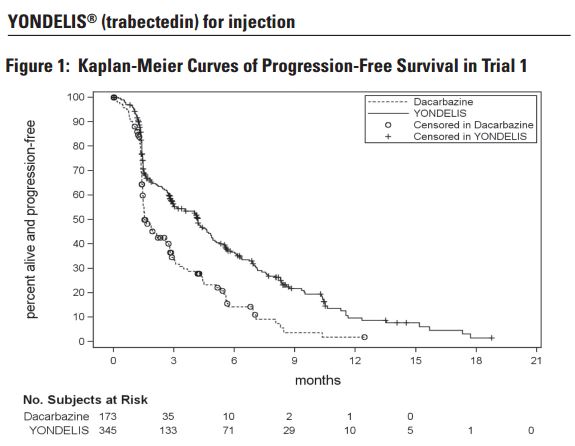