Cellular migration, a normal process in development that is lost in adulthood, is essential for cancer cells to become metastatic, thereby deadly.

What is responsible for cancer cell migration? Since 90% of all cancers ultimately develop metastases, the answer to this question has great implications.

Scientists at McGill University performed a study focusing on a protein called DENND2B, which appears to play an active role in the normal migration of cells.

Lead investigator Peter McPherson, a James McGill Professor who leads a lab at McGill’s Montreal Neurological Institute, explains what they found – “DENND2B activates another protein in the cell called Rab13, which is an enzyme that promotes cell migration. Until now, we didn’t know how Rab13 was activated to initiate cell migration.”

Rab13 was found to be unusually highly expressed in metastatic cancers, particularly epithelial cancer (carcinomas) metastases to the brain. The team demonstrated that at the leading edge of a migrating cancer cell, DENND2B activates Rab13. 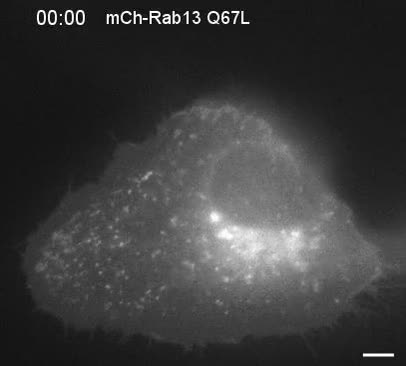 DENN is the guanine nucleotide exchange factor (GEF) for Rab13. DENND2B interacts with the Rab13 effector MICAL-L2 at the cell periphery, and this interaction is required for the dynamic remodeling of the cell’s leading edge. Disruption of Rab13-mediated trafficking dramatically limits the invasive behavior of epithelial cells in vitro and the growth and migration of highly invasive cancer cells in vivo.

GEFs and GAPs (GTPase Activating Proteins) cooperate in a loop of target protein activation, for example, the Ras protein is activated by GEF and deactivated by GAP. 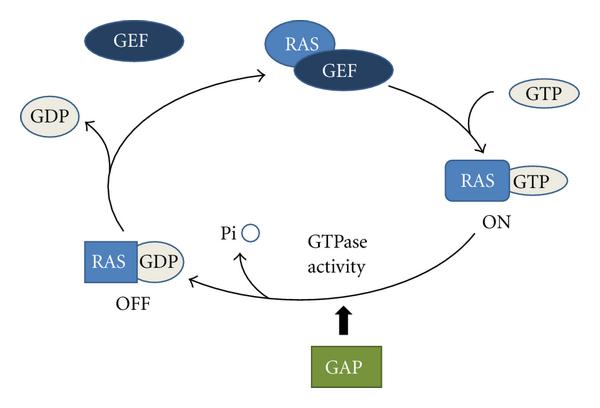 Rab13 is a small guanosine triphosphatase, which functions in exocytic vesicle trafficking in epithelial cells. DENND2B interacts with the Rab13 effector MICAL-L2 at the cell periphery, and this interaction is required for the dynamic remodeling of the cell’s leading edge.

MICAL-L2 is the effector of small Rab GTPases which is involved in junctional complexes assembly through the regulation of cell adhesion molecules transport to the plasma membrane and actin cytoskeleton reorganization. MICAL-L2 regulates the endocytic recycling of occludins, claudins and E-cadherin to the plasma membrane and may thereby regulate the establishment of tight junctions and adherens junctions. In parallel, may regulate actin cytoskeleton reorganization directly through interaction with F-actin or indirectly through actinins and filamins. Most probably involved in the processes of epithelial cell differentiation, cell spreading and neurite outgrowth.

E-cadherin is critically important player in cancer progression – loss of E-cadherin expression is responsible for the EMT (Epithelial-Mesenchymal Transition), migration, and invasion.

The McGill team injected very aggressive human cancer cells in two groups of mice. One group of mice had cells with high levels of Rab13 protein and the other group of mice was genetically engineered to lack the Rab13 gene, so they had none of the protein.

When they examined the results, Prof. McPherson says they found:

“In the case of the cells with reduced Rab13 levels, the cancer either did not grow at all or formed a smaller tumor. Furthermore, the smaller tumor did not metastasize into other tissue.”

Rab13 may represent an attractive target for drug development efforts for the treatment of cancer, perhaps, to reduce the likelihood of developing metastases after primary curative resection or maximal local debulking.