It is widely known that brain tumors, in particular glioblastomas and medulloblastomas, affect males more than females. Moreover, given the age of onset and analysis of incidence by age, sex hormones have been ruled-out as the cause.

A paper from the Washington University in the Journal of Clinical Oncology sheds light on this observation. The group leader, Joshua Rubin, stated that the team knew that sex hormones could not account for the differences in brain tumor risk.

In experiments designed to identify the reasons for the differences in the male and female cells, the team evaluated three genes to see if they were naturally less active in male brain cells. The genes they studied — neurofibromin, p53 and RB — normally suppress cell division and cell survival. They are mutated and disabled in many cancers.

The RB (retinoblastoma) gene is a tumor suppressor located on the short arm of chromosome 13. Germ line mutations in both alleles are associated with familial retinoblastoma and osteosarcoma. Somatic cell gene methylation or loss of heterozygosity of the wild-type allele results in sporadic cases of retinoblastoma.

RB is the ultimate regulator of the cell cycle. As such, it is the final common pathway of all growth signals that lead to cell division. Perturbation of its function has grave consequences with respect to the cellular homeostatic controls and checks and balances on cell division.

Un-phosphorylated RB keeps the cell in G1; hypophosphorylated RB by cyclin D-CDK4/6 ushers in the R-point transition, that critical point late in G1 of the cell cycle when the cell is committed to dividing and is unresponsive to external cues (pro growth versus pro differentiation). 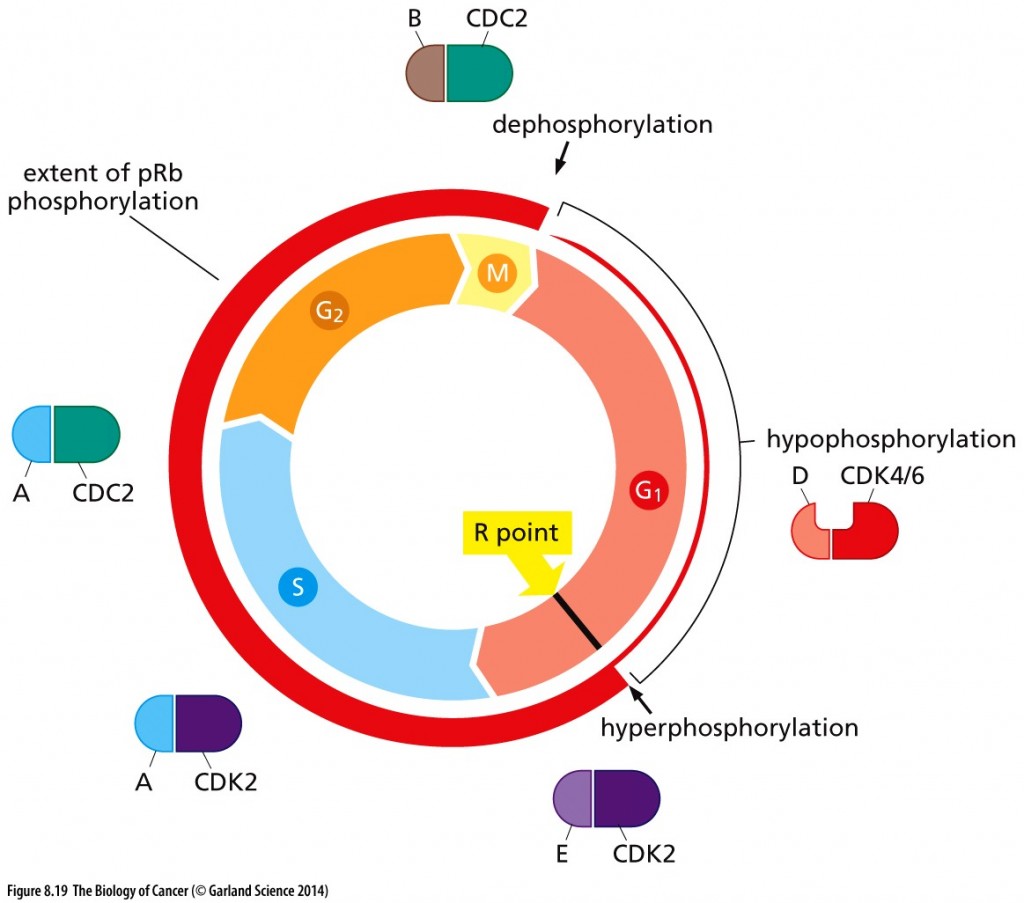 Hyperphosphorylation of RB resulting from cyclin E-CDK2 activity inactivates RB, as does HPV protein E7 and Id proteins that are induced by myc. Inactivated RB allows the cell cycle to continue through mitosis. 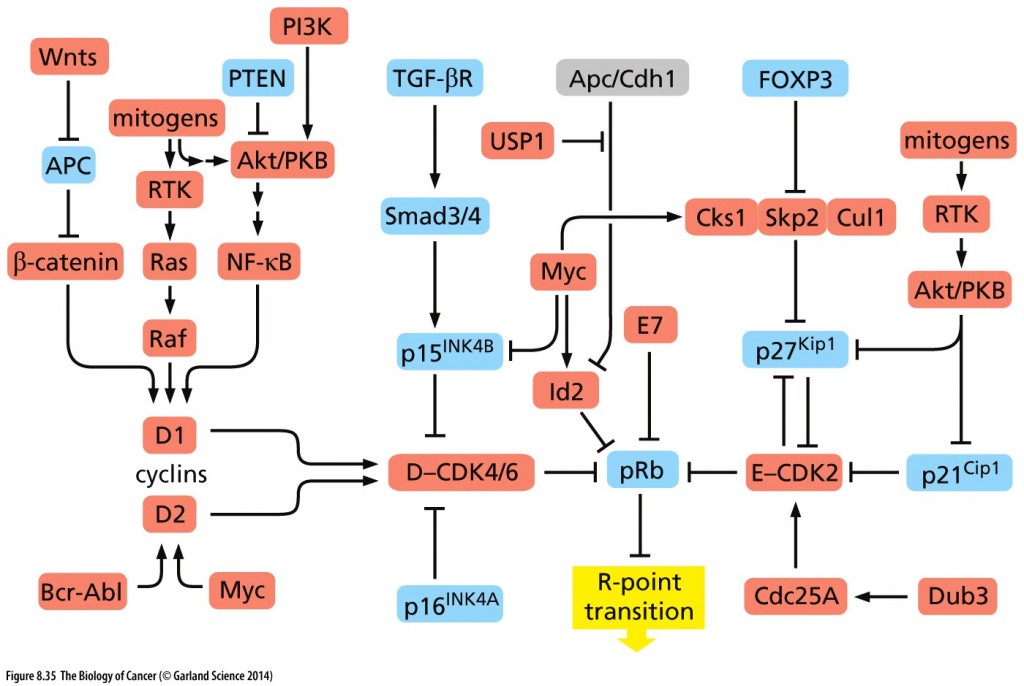 I want to thank Professor Roberta Moldow for sending me this paper for the blog.