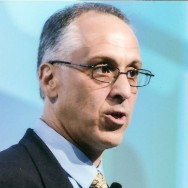 Active member of our Leadership Advisory Council, Senior Executive Frank Diana, has recently shared a new perspective with the team after reading “The Second Machine Age” written by Andrew McAfee and Erik Brynjolfsson. It captures the very essence of how our evolution of technology and business will affect the future ahead.

Here is Frank Diana’s Executive Summary of this discussion:

The first Industrial Revolution was ignited by the steam engine and is to this day considered the most transformative period in history. It is referred to as the first machine age and is known for enabling the automation of manual labor. The second Industrial Revolution continued this transformative progress through major general purpose technologies like electricity and the internal combustion engine. Both industrial revolutions had one thing in common: the technological innovation spread throughout many if not most industries. The steam engine for instance did not just increase the amount of power available to factories, but it revolutionized land and sea travel. Electricity lit factories, office buildings, and warehouses and led to innovations like air conditioning. The consensus on how to recognize general purpose technologies is that they should be pervasive, improving over time, and able to spawn new innovations. In the coming second machine age, digital technologies will meet all of these criteria and prove they belong in the same category as the steam engine and electricity. I am a firm believer that this new age will be structurally disruptive and transformative. Will the second machine age be regarded as the biggest and fastest transformative period in history? Time will tell. A new book titled “The Second Machine Age” explores this and other implications of this coming age.

We thank him for his insight and sharing this eye-opening perspective about our development as a society!

To obtain a deeper understanding of the thoughts expressed in this book, check out Frank Diana’s blog post below to read the whole summary and his opinion on the matter.