U.S. economic embargo on Cuba – where does the UN stand? 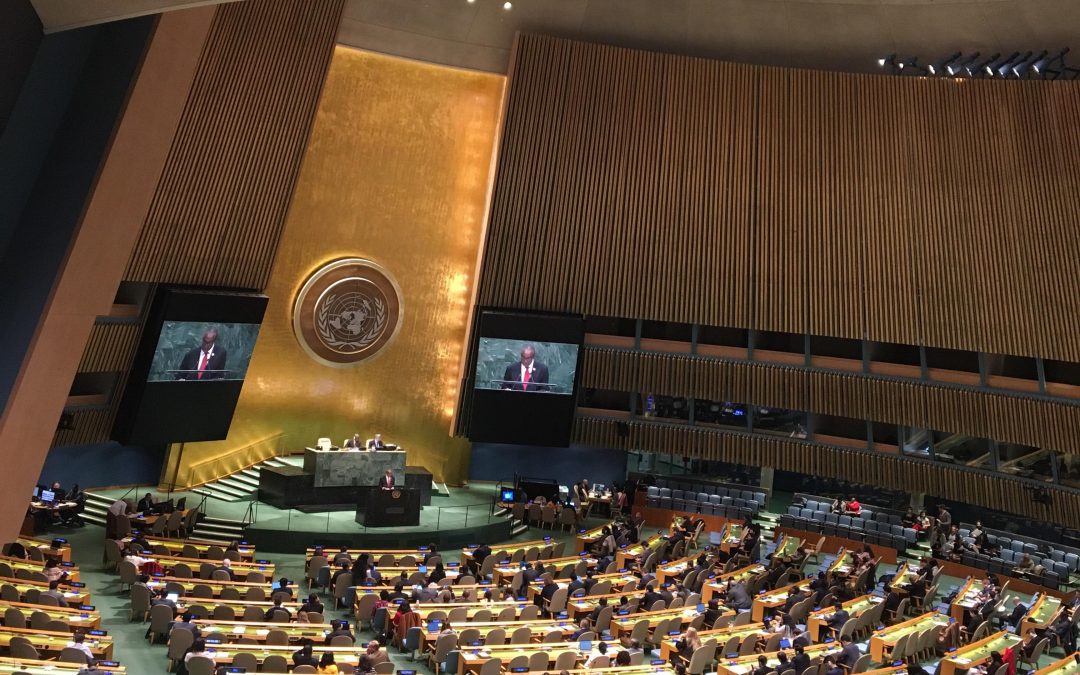 Representatives from all around the world are today gathered at the UN Headquarters to discuss the importance of ending the economic, commercial, and financial embargo imposed by the United States of America against Cuba. The General Assembly meets are made up of 193 representatives for each UN member state.

Throughout the meeting, we are reminded that 189 nations voted last year on Resolution 73/8 to immediately end the 57 yearlong embargoes, but still, the U.S. has not removed the embargo, instead, they tightened it even more in June 2017. 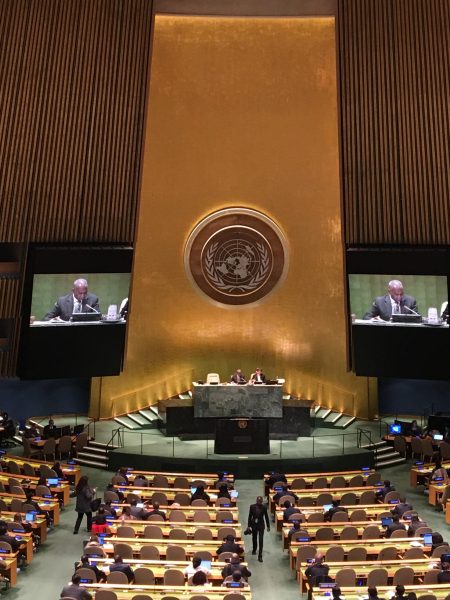 Granada, speaking on behalf of the Caribbean nations and community, states that it is clear that the embargo counters the UN resolution and values. It is inconsistent with the non-interference of states, and for small sates as those in the Caribbean these embargos are paramount. This embargo does not only hurt Cuba but the entire Caribbean region. Cuba maintains the highest number of physicians in the world per capita, and Cuba was the first nation to aid the people of the Bahamas after the horrible hurricane Dorian. Cuba threatens no one, and the Caribbean islands support the essential right for the development of Cuba and the embargo serves no use in the 21st century.

This is an embargo that is rooted in a conflict that dates to the beginning of the Cold War. When Communist revolutionary leader Fidel Castro came into power in Cuba in 1959, the relationship and tension between Cuba and the U.S. changed forever. No one could have foreseen how large the role of this small Caribbean island would play in the heights of the Cold War.

In 1962 the Cold War arguably reached its peak, where the Soviet Union and the U.S. were only minutes away from starting what would have been an irreversible nuclear war and reshaped the world as we know it today. Castro who was aligned with the Soviet Union allowed the Soviet statesman Nikita Khrushchev to place nuclear weapons on Cuba, which is located so close to the U.S. coast that you could almost swim there. Even though the Cold war ended after the fall of the Berlin Wall in 1989, the U.S. still enforced the “Cuban Liberty and Democratic Solidarity (Libertad) Act (Helms-Burton Act)” in 1996. This Act tightened even further the U.S. embargo against Cuba.

This embargo is still in place today and the UN is pushing to put an end to this embargo. UN General Assembly draft Resolution, Seventy-fourth session Agenda item 39 clearly is “Recalling the statements of the Heads of State or Government of Latin America and the Caribbean at the Summits of the Community of Latin American and Caribbean States regarding the need to put an end to the economic, commercial and financial embargo imposed against Cuba”(1). Furthermore, the UN is “concerned about the continued promulgation and application by Member States of laws and regulations, such as that promulgated on 12 March 1996 known as “the Helms-Burton Act”, the extraterritorial effects of which affect the sovereignty of other States, the legitimate interests of entities or persons under their jurisdiction and the freedom of trade and navigation”(2).

The Russian Federation calls for the U.S. to immediately remove the embargo according to Russia’s representative of the General Assembly. Russia clearly states that this is outrageous behavior and that it threatens the entire international community and foreign relations. The cost of the embargo has hurt Cuba economically by $4 billion U.S. dollars in the last year. This has damaged Cuba on many levels, one of them being tourism because cruises are not allowed to enter the piers of Cuba. Education, health care, economic, and human development has affected Cuba negatively. The entire development world does not see the Cuban threat, Washington is alone in viewing Cuba in this manner. Russia rejects the embargo and stands in solidarity with the people of Cuba and believes in the development and freedom of Cuba. Russia will vote in removing the embargo to help Cuba develop at the rate in which they should.

Regardless of the unifying pressure from the international community, it does not seem to make any difference and U.S. President has decided to keep enforcing the embargo on Cuba. Only time will tell if this embargo will be removed, but as long as President Trump is in power the probability of lifting the embargo is very minimal in my opinion and Cuba will have to wait until the U.S. elect another more “Cuba friendly” President.