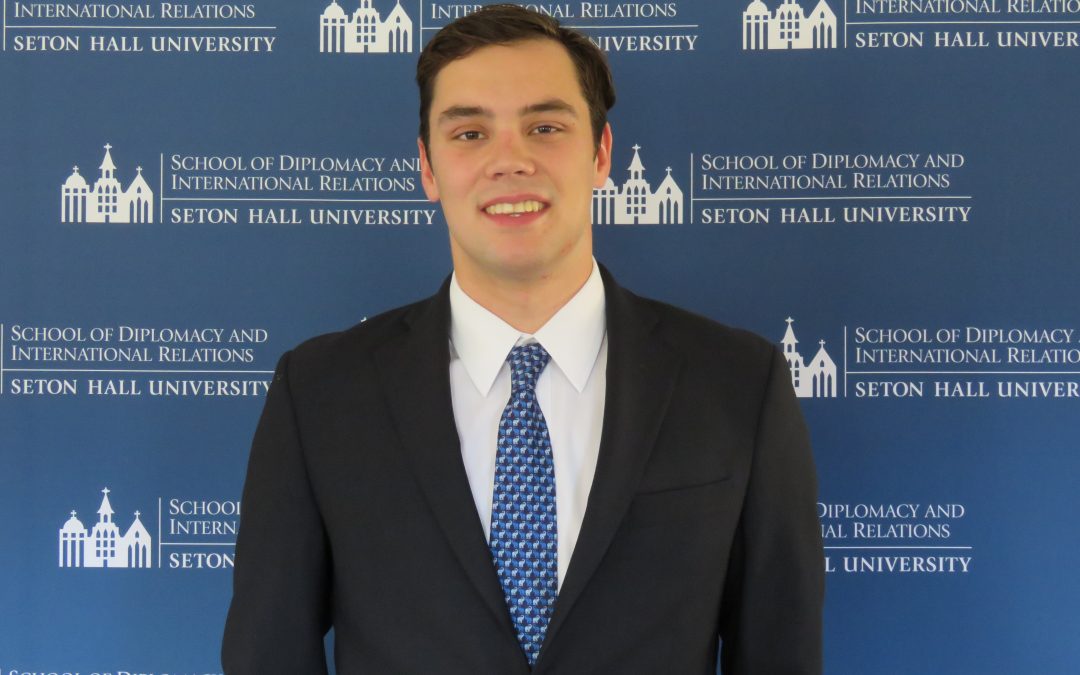 My name is William Smith, and I am studying Diplomacy and International Relations at Seton Hall. Over the summer, I had the opportunity to intern with Waterfront Development Corporation Limited, a crown corporation tasked with ensuring the prosperity of waterfront areas in my home province of Nova Scotia, Canada. Waterfront areas are extremely important to the coastal area of Nova Scotia, making their prosperity crucial to the success of the province’s tourism industry.

My responsibilities related primarily to the promotion and execution of the corporation’s major summer event, the 2017 RDV Tall Ships Regatta. The regatta is a 7,000-nautical-mile sailing race in which spectacular vessels, known as tall ships, make their way from country to country over the course of the summer. The regatta makes 10 stops in different ports across the province, representing major tourism opportunities for the host ports. The race is heavily promoted as a spectator event as the ships themselves are attractions in their own right. However, there are opportunities to actually sail aboard the majority of the ships visiting as well.

Due to the lack of publicity, I was specifically tasked with creating interest in the sailing opportunities in order to make the event successful as an experiential one as well as a spectating one. To meet the expectations of my tasks, I collaborated with television and newspaper professionals in order to promote the events and sailing opportunities to the general public. I also interacted with some of the crew members of the ships that appear in the regatta who provided me with more information to better promote the experiences that exist. I realized that while television and newspaper promotional activities were beneficial in increasing awareness for the general public, in order to be most effective, I also needed to identify and contact target groups, a task that took up much of my time over the summer.

The opportunity to assist in promoting my home province’s attractions, particularly through a large international event like the Tall Ships Regatta, was extremely rewarding as I recognized the value of bringing the event to fruition for the sake of the province’s success and gained valuable event-planning and management experience.