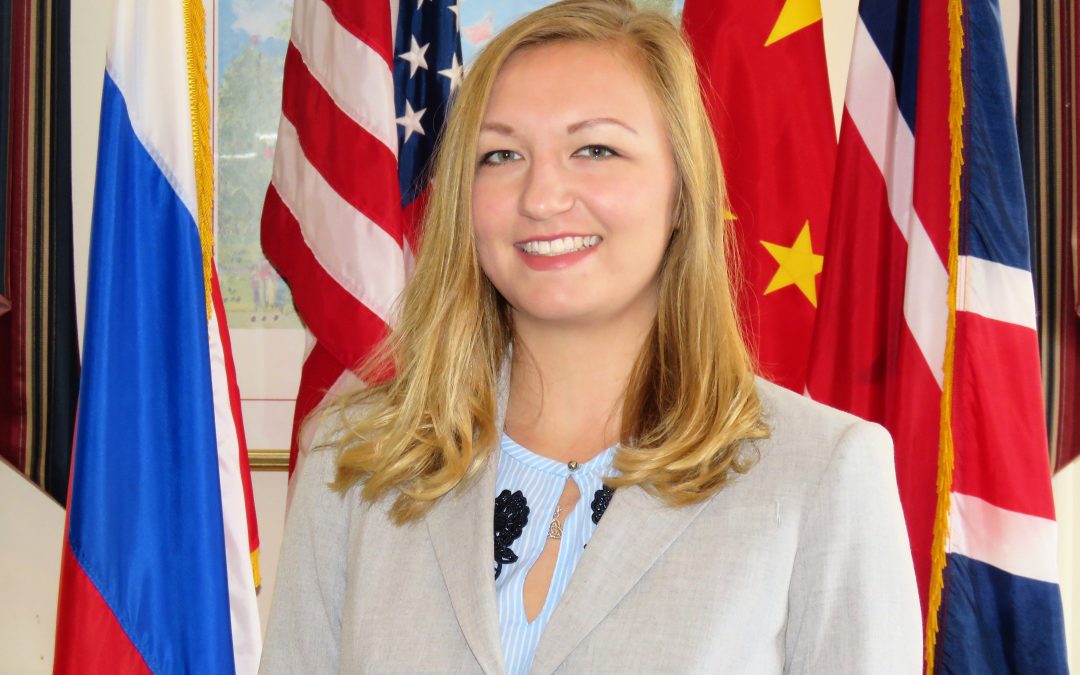 My name is Lindsay Smetanka, and I am a senior at Seton Hall University majoring in Diplomacy and International Relations with minors in Arabic and Catholic Studies. I worked at International Crisis Group in New York City as a Government and Foundation Relations Intern. International Crisis Group is an independent, non-profit, non-governmental organization committed to preventing and resolving deadly conflict. Through field analysis, field advocacy, and policy suggestions, Crisis Group directly handles crisis and educates decision makers on future steps to resolve conflict happening throughout the world.

My day-to-day activities included tracking grant obligation outputs (advocacy meetings, reports, and briefings), working on database management projects, engaging with donors, and researching donor prospects. I was most interested in advancing Crisis Group’s monitoring and evaluation method to accurately measure the impact that the NGO’s outputs have in the international system, especially in areas experiencing crisis. With the rise of social media and technology, international NGO’s need to advance as well by using these methods to track who is viewing their content, where and if it is making the impact originally proposed, and how to improve engagement with donors and stakeholders. My coursework prepared me to think critically, write concise briefs, and meet deadlines. I learned how the grant-writing process works and how to communicate with professional contacts.

I believe that my internship has assisted in my goal to obtain a position as a development officer after graduation. Many jobs in the field require applicants to have experience with prospect research, Raiser’s Edge, donor engagement, and project management – all of the skills that I gained at Crisis Group. In addition, the internship exposed me to networking events and seminars in the city that helped me understand the non-profit development field better. As my first “big city” internship, it was definitely intimidating at times. The biggest challenge I faced as an intern was feeling like a small fish in a big ocean. When I first started, I doubted my qualifications, but after spending more time around my coworkers and the office culture, I became more comfortable and confident.

Some advice I can offer is that asking questions is an integral part of an internship, whether asking experienced professionals about their education and job history or asking coworkers about administrative processes. I gained knowledge through asking about something that I did not know or fully understand. In addition, networking in the office is essential to making the most out of the experience. Talking to coworkers on coffee and lunch breaks can open up new opportunities and help create working friendships. It also helps create a team mentality within the office, which is so crucial in a non-profit organization. I always left the office feeling confident that I helped advance the Crisis Group’s administrative process and mission. This feeling was the most rewarding part of my internship. I would definitely recommend this internship to my peers, as well as additional internship positions within Crisis Group. 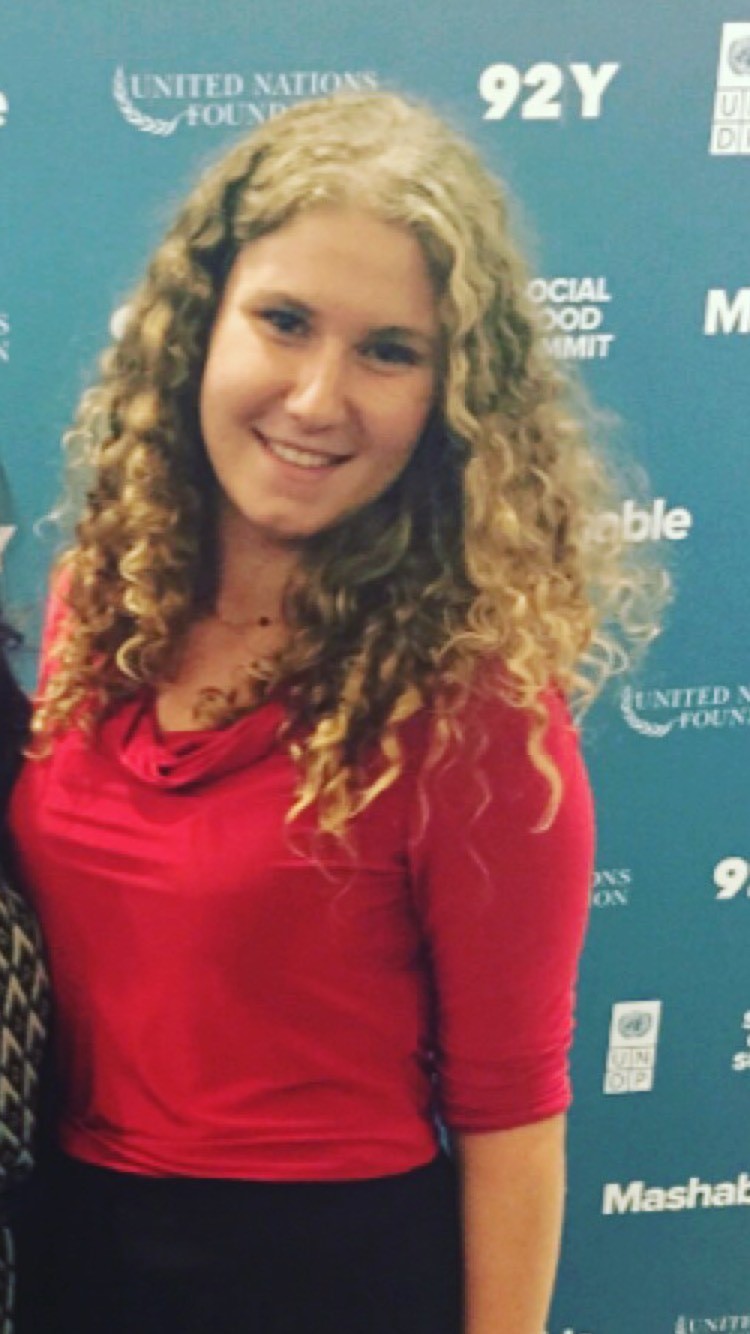 My name is Elaina Estrin, I am a junior at the School of Diplomacy and International Relations, with minors in Economics and Modern Languages. I am interning with the United Nations Foundation (UNF) as a United Nations Relations and Policy intern. UNF is a nonprofit organization that combines the work of the UN with the work of others around the world to help tackle global issues.

One of my main responsibilities is to compile the daily update that is sent out to UNF staff and partners. The daily update includes any new information put out by the UN, including new appointments, reports released by various UN missions, updates from UN organizations, all briefings conducted at the UN, as well as any up to the minute news from countries in conflict around the world. This newsletter is a great source of news for anyone working in or with the UN. Other responsibilities at the UNF also include attending events at the UN that align with the goals of UNF, compiling briefings, and updating the staff about these events. I have been able to follow announcements on the Syria negotiations, post Paris Agreement talks, highlights of Davos (the World Economic Form), humanitarian financing, events predating the World Humanitarian Summit, and the Secretary General’s Plan of Action to prevent violent extremism just to name a few.

My classes at the School of Diplomacy have guided and prepared me for this internship opportunity. From classes like International Relations, which laid the groundwork for my knowledge in the field and introduced me to some of the issue areas that I am most passionate about today; to Institutions of Global Governance, which introduced me to the different actors in the international system, global problems, and global policymaking. The School of Diplomacy also introduced me to Public International Law and how different agreements at the UN translate legally, as well as what constitutes a human rights violation or a war crime. This understanding of the international community and international law is vital to work in the fast-paced environment of the UNF.

When UNF was first launched in 1998, its main purpose was to support UN causes. Over the years, UNF’s role has transformed from encouraging support for the UN to creating huge global campaigns in partnership with the UN on some of the biggest issues that humanity is facing in the 21st century. A lot of the work I do is in support of the new Sustainable Development Goals (SDGs), which are the world framework for the next 15 years. Some of the other issues UNF focuses on are child health, climate change, energy, technology, women and girls, and population.

I not only learned about the inner workings of a nonprofit organization, but also about the UN and its noble causes. Interning with UNF greatly improved my writing and critical thinking skills, which will be valuable in any profession. The knowledge I gained from researching different international issues for UNF has been the biggest takeaway; it has increased my passion and drive to create change for women and girls an in education.

Jillian Mcallister is a graduate student interning at the International Rescue Committee (IRC) as a Continuing Education Intern. The IRC responds to humanitarian crises globally and assists refugees who have fled from war-torn countries. Read about her experiences with this organization, and the work that she does.

The major project I have been working on since January, and which gets a little tedious at times, is streamlining searching the City University of New York (CUNY) system to see if they have program that a client is interested in.  The CUNY system is comprised of 24 colleges, throughout the 5 boroughs, varying from associate degree community colleges to 4 year colleges.  However, some colleges are subject-specific such as the College of Journalism, and many others are Liberal Arts schools.  As someone unfamiliar with the system, I discovered there is no easy way to search across all campuses for a program.  Thus, I am developing a Master List of colleges by borough and what undergraduate, graduate, and certificate programs they offer.  Now that it is just about finished at nearly 40 pages, it is still quite cumbersome once you identify a program in a college with a wide variety of majors, to find the name of the school and subsequently which borough.  Thus, I am now trying to streamline this process further.

I have also worked on comparatively smaller projects such as translating important terms for IRC for newly arrived clients, from English to Spanish.  I adopted one intake sheet used for tracking college application processes to be used for all clients when we initially meet with them and map out a plan to help them pursue their educational goals.  As we often discuss quite a few options in our meetings. I give them a copy of this sheet after each meeting if notes were added in subsequent meetings, to help slow the potential head spinning a day or 2 later.  We also plan to use the data on these intake sheets to supplement the monitoring and tracking for our monthly reports on demographics and services provided.

Some of our clients had prior education in their home country that they may not have been able to pursue further or it may have gotten interrupted due to conflict.  In such cases, I need to determine if the client has documentation of previous education such as transcripts and/or diploma, and what they equate to here in the US.  Some are in the native language and need to be translated and evaluated, some are in English and need to be evaluated as to equivalency in the US.  I also advise students on agencies that provide these services.  This is quite a new experience for me.  I have spent over an hour with a client and on the phone with a variety of agencies because what the client had—a single, original, opened version of her transcript in English—did not meet what they wanted—an official, original, sealed version—and thus would not evaluate it.  After an hour I located an agency in Miami who stated the same requirements as the other agencies, but understood what the situation was in the client’s home country, Iraq, and would accept the original as she had it.  It took me that long to locate an agency who would work with her, considering I have a list of agencies who provided these services, could explain exactly what the situation was, and am a native speaker of English.  I could not imagine having to do it from her position and thus why I was glad to spend that much time on it.  At one point I had considered sending her home, telling her I would work on it, and contact her when I had an answer.  But at that point we were no further than when her case worker brought her to me, so I felt I couldn’t send her away.  She was so thankful for me just calling around to different agencies, and it encouraged me to continue what I was doing.