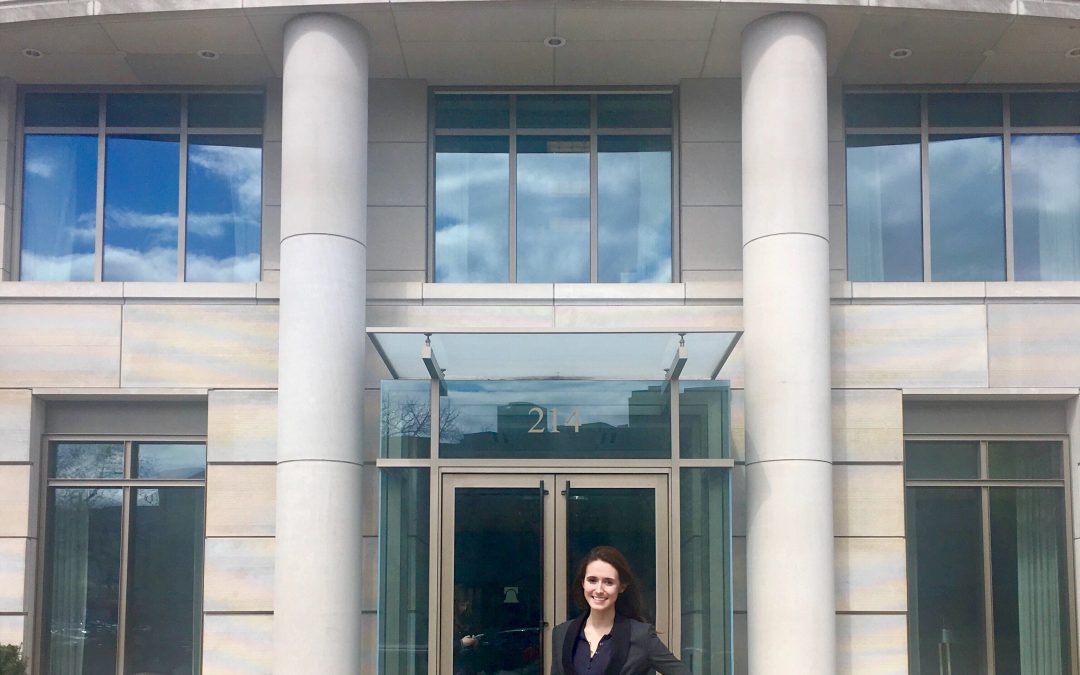 My name is Iulia Lupse, and I am studying Diplomacy and International Relations with a minor in Russian and Eastern European studies. I interned in the Media Relations department at the Heritage Foundation in Washington, D.C. I was initially interested because it is the leading conservative think-tank in the United States. I completed extensive research before applying, and when I learned about their Young Leaders Program, I was hooked. The program offered skill development briefings, policy briefings, and first principle lunches. In the skill development briefings, we learned valuable skills to navigating Washington D.C., such as public speaking, networking, and resume building. In the policy briefings, interns were informed on numerous subjects such as defense, foreign policy, healthcare, education, and more. The First Principles Lunches were my personal favorite as we participated in discussions about the founding principles, the conservative movement, and the philosophy behind conservatism.

While my interests lie in national security and defense, the skills I learned in the Media Department are useful for a wide-range of jobs. My main responsibilities included logging print hits, writing press pitches, keeping the Heritage Press and Heritage website up-to-date, and compiling media lists. On less busy days, I attended Heritage events and others around the city, allowing me many networking opportunities. Initially, I found that my greatest challenge was public speaking and networking, because I tended to be shy in conversation – however, I overcame this fear during my time at Heritage, and it certainly paid off.

The highlight of my internship was attending C-PAC. I had the pleasure of meeting President Kay Cole James, Ivanka Trump, Paul Teller, and Ben Shapiro among many others. I also completed projects with my mentor in the defense department at the Heritage Foundation, including research on the new defense bill and the importance of nuclear deterrence. These experiences were crucial during my time with the Heritage Foundation.

Although I plan to continue my pursuit in intelligence careers, the connections I made and the skills I gained will be valuable in any field I will choose in the future. The Heritage Foundation gave me the opportunity to apply and expand my knowledge and skills. I would highly recommend this internship to others because it provides a wonderful learning experience and networking opportunities. I am ever grateful for what I learned, and I am even more excited to continue learning based on my experiences in D.C.