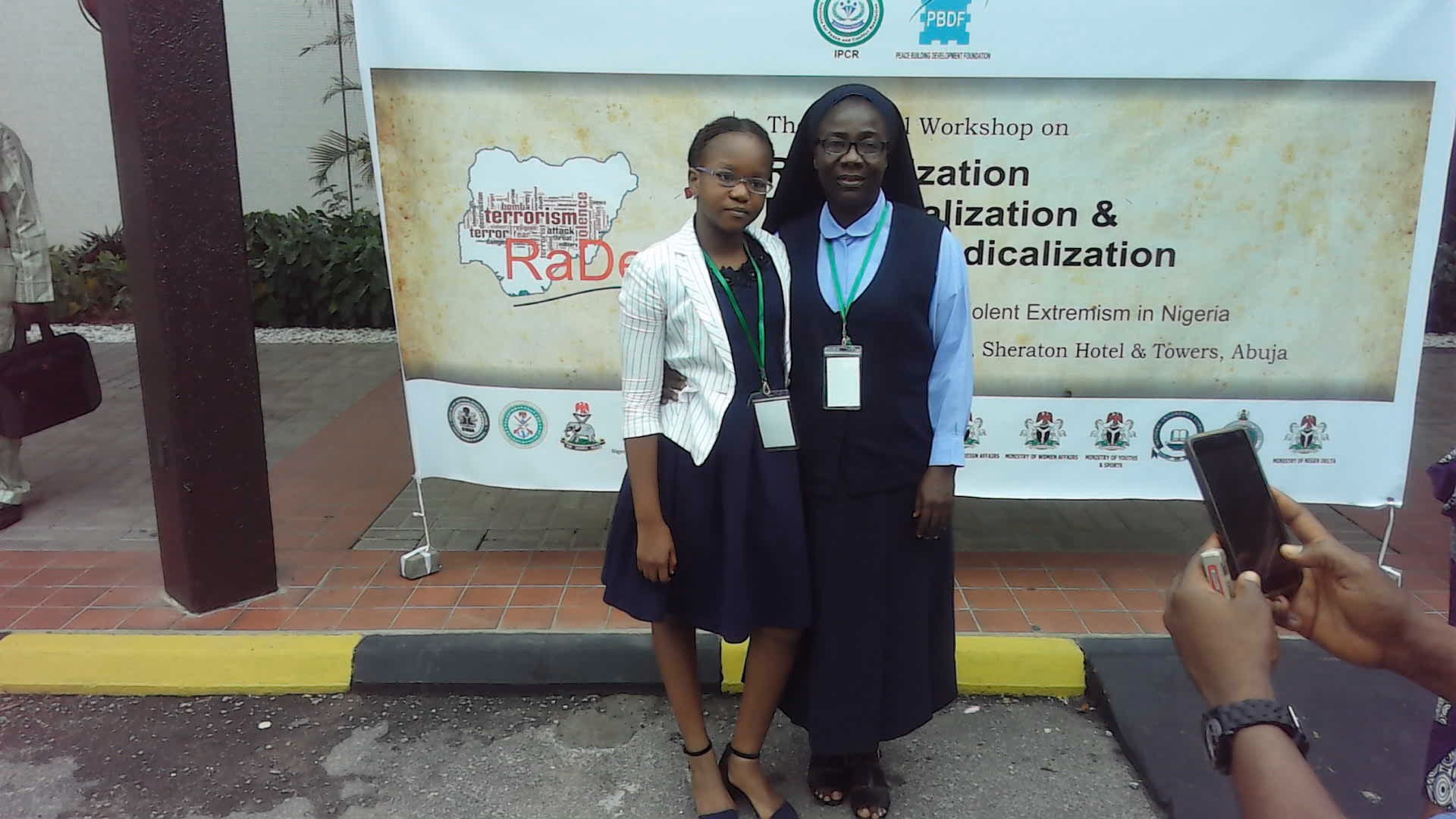 Internship at Institute for Peace and Conflict Resolution, Nigeria 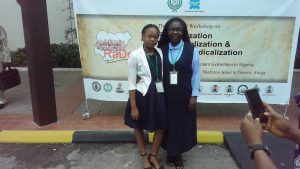 My name is Sister Mary John Bosco Ebere Amakwe and I am a graduate student at the School of Diplomacy and International Relations. I interned at The Institute for Peace and Conflict Resolution (IPCR) in Nigeria – at the Directorate of Internal Conflict Prevention and Resolution as a research assistant. This Institute was founded in 2000 under the Ministry of Foreign Affairs primarily as a research center, think-tank, and agency to strengthen Nigeria’s capacity for the promotion of peace and conflict prevention.

I chose to intern at this Institute because I was born and raised in Nigeria, a complex country where conflict is part of everyday life. I believe something has to be done because there is an urgent need for reconciliation and reconstruction of this great nation known as the “Giant of Africa.” and I want to be part of rebuilding efforts. Ultimately, I want to become a conflict mediator and my internship experience has absolutely solidified that passion to become one.

One of my very first assignments at the institute was to accompany a delegation which included the Director General of the Institute to the Embassy of Hungary that houses the United Nations High Commission for Refugee Agency (UNHCR) in Nigeria. The reason for the visit was to sign a Memorandum of Understanding (MoU) between the Institute and UNHCR. This signing is very important according to the UN Higher Commissioner for Nigeria and the Director General of IPCR because it is a way to formalize the partnership between the two bodies in their effort to further peace building efforts in Nigeria. UNHCR and IPCR also work together with different stakeholders in the country in revamping peace and taking preventive measures to stop conflict so that there will not be refugees and internally displaced people in the country. This is done by creating policy frameworks like personnel building, networking, and the implementation of all initiatives that will bring about conflict prevention and will lead to lasting peace in Nigeria. On July 11, 2016 there was another signing of a Memorandum of Understanding (MoU) between IPCR and Treasure Hunts – an NGO for peace and development in Nigeria which uses artwork, drama, plays, etc. for peace building. This experience fascinated me because it validated what I learned in the classroom and connected my course work as strategies for peacebuilding.

Finally, my internship offered me opportunities for networking. For instance, I had several conversations with Mrs. Paulette Dadey, the UN High Commissioner for Refugees in Nigeria; Mrs. Elizbeth Ekaete, the CEO of Emmanuel Royal Foundation for peacebuilding in families; Dr. Aliyu Ahmed-Hameed, principal consultant for Cardston Consulting Agency on peace research, policy and strategy; Dr. Marane Ngoulla, CEO of TOGUNA (the place of dialogue for peace) Foundation for peace and development. My last visit was with the Coordinator for the African First Ladies Peace Mission; and a member of the Nigerian House of Representatives. We discussed her role as a woman legislator representing her constituency in the House. 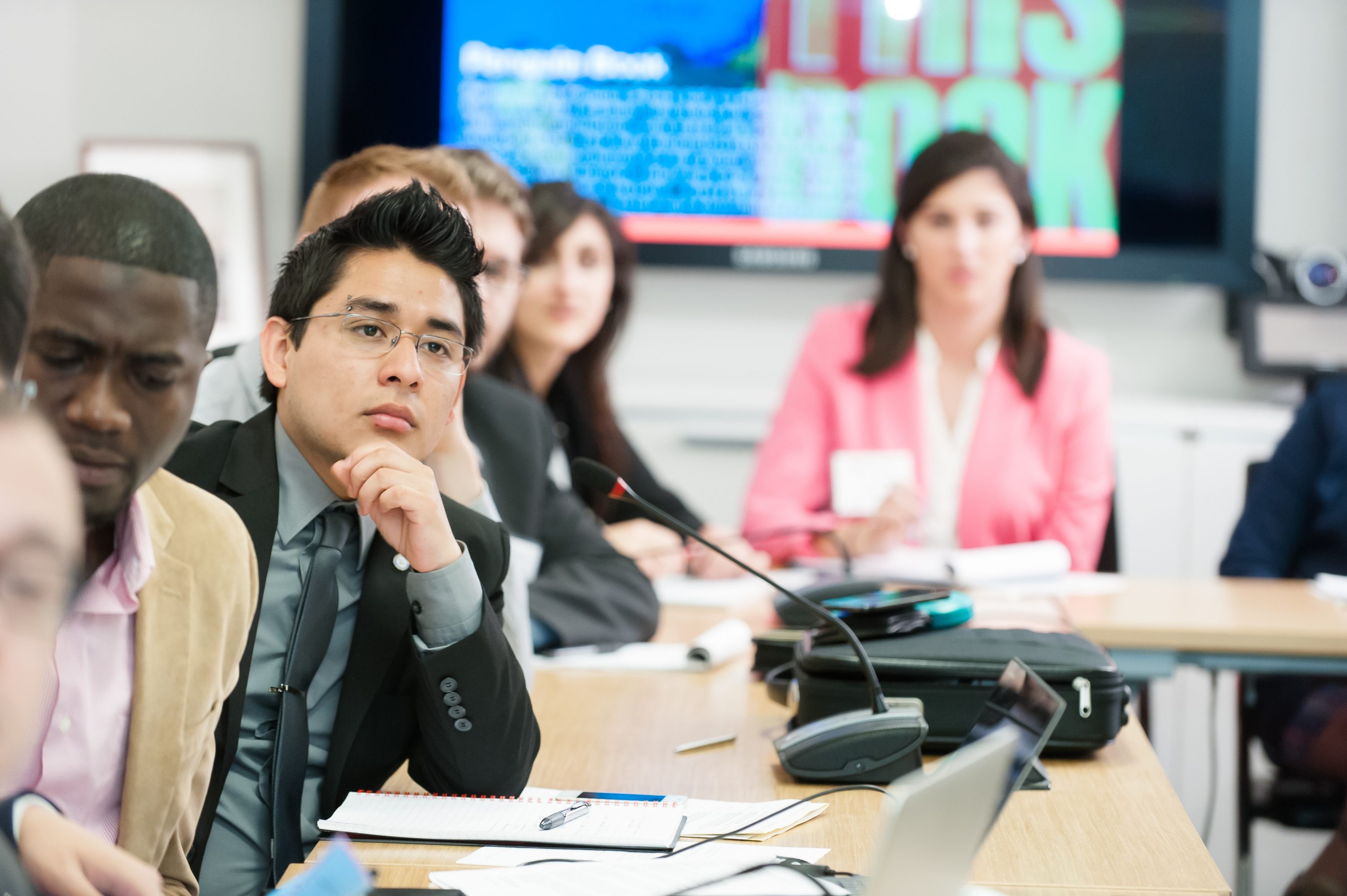 Internship Blog Series: The Network for Religious and Traditional Peacemakers 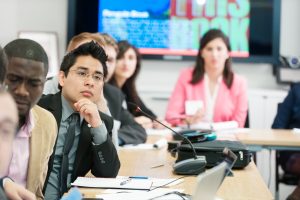 My name is Jose, I am a junior at the School of Diplomacy with a deep interest in the Latin American region. I intern at The Network for Religious and Traditional Peacemakers (the Network). This organization is led by Antti Pentikainen and funded by the Government of Finland. Its purpose is to work with small communities, and religious and international leaders to promote peace around the globe. I would like to give you an insight of my ongoing journey as an intern and share with you my experiences during the spring 2016 semester.

As an intern, my priority is to keep abreast of the initiatives that the Network has implemented, and collect information used for the Network’s newsletter. Additionally, I am occasionally assigned to cover conferences related to the objectives and core values of the network. Since the Network is an NGO registered with ECOSOC at the United Nations, I have a grounds pass that allows me to have access to open meetings. During the first two weeks of the internship, I attended conferences at the International Peace Institute and at the UN Headquarters. At first, I took notes and briefed Mr. Pentikainen. Then, as I met more members of the Network, I began to learn from them and became comfortable with expressing my ideas. As a result, I volunteered to attend conferences of pertinent topics and submit my own articles for approval by the Network’s secretariat. This was an important step because an intern is widely stereotyped as someone whose responsibility is making copies or getting coffee, someone who is consistently told what to do. Be that as it may, in order to stand out, it is our responsibility to convert from knowledge-consumers to knowledge-producers.

During my hiring interview, Antti Pentikainen, the Network’s Executive director, asked what my dream job or goal was. I said that I would like to be part of the mediation process at the UN, but acknowledged the challenges of dealing with the elites at the global level. For that reason, I would rather focus on a region where my contribution may have a sustainable impact for peace and conflict resolution and not be seen as a quick fix. “If you want to work at the UN, you have to make yourself relevant” said Antti as he offered to facilitate a conversation with experts that could point me in the right direction. On February 15th, the Network’s core members gathered in the NY headquarters to talk about what the current Network’s status was and the direction it was expected to go in. Martine, a member and expert on South Asia, asked me if I thought I was being utilized constructively as an intern. I had been interning for just two weeks, so I did not know how to respond to that. “When I was an intern I brought my boss a proposal of three things I wanted to work with. I recommend you do the same in the area you’re interested in, especially Latin America where the Network’s presence isn’t as strong,” said Martine after my long pause. Although with a different angle, Martine’s advice reiterated what Antti said to me the first day I met him: “make yourself relevant”.

That same day, I talked to Antti and asked for two things: The first is that I wanted to be more involved in the Network’s affairs in Latin America; the second was that I wanted to write short articles about the conferences I attended as long as they were related to the organization’s core values, and hence could potentially be incorporated into the newsletter. I was expecting a long diplomatic, eloquent answer that politely declined my ideas. Instead, I got an “okay” followed by a smile and was Cc’d on an email in which I was recommended to provide assistance to a Network affiliate with a strong presence in Latin America where.

Currently, I am helping with the coordination and logistics for conferences and projects dealing with stability in the Americas and have access to information that isn’t always readily available in mainstream media or simply disregarded because of other issues that dominate the headlines. As for attending conferences and writing my own articles, I will be traveling to Washington DC to cover the gathering of leaders from several religions in the Americas. I am also working with Religions for Peace staff in the preparations of a panel where I will be the moderator.

It has been difficult to balance it with schoolwork, but I enjoy every day I spend at my internship. I was extremely lucky to have met a staff that treats me as if they had known me for years and a humble boss who treats others like family and who is always there to help me. Being an intern at the Network requires a lot of work, time and dedication, but the experience they offer is immeasurable.

For anyone who wants to intern in New York, particularly during the spring semester, I have two recommendations that will help you grow and, perhaps, survive:
First, do not be afraid to offer assistance, ask questions, or be the first one to raise your hand if there is an upcoming project that may be of interest to you, provided you’re able to deliver good results.
Second, after snowstorms, bring your dress shoes and an extra pair of socks in a bag, you may need them.

I hope you enjoyed reading about my journey thus far at the Network as much as I have enjoyed working for them. If there is anyone interested in becoming a part of this team, or if there are any questions, I am more than happy to answer them; working here has given me far more joy than I ever imagined and I’m sure you’d feel the same way.