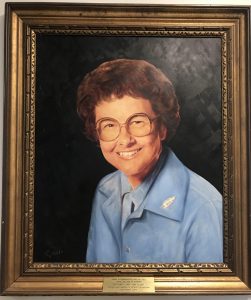 At its inception, the conference on nursing research was named in honor of Sister Agnes Reinkemeyer, the third dean of the College of Nursing at Seton Hall University. Nursing researchers and clinical nursing experts come together to present research study findings and evidence for best nursing practices to peers, colleagues, and students.

Sister Agnes Reinkemeyer served as dean of the College of Nursing at Seton Hall University from 1968 through 1977. She was the first dean to have an earned doctoral degree, receiving a PhD in nursing education from the University of California at Berkeley in 1966. Sister Reinkemeyer had a visionary approach to nursing education and practice for that time. “Much must be done to improve certain aspects of nursing education and nursing practice. No giant step forward will be taken in either direction unless nurses become serious about doing and using research in nursing.” Sr. Agnes M. Reinkemeyer in Letters, The American Journal of Nursing, 72(10), p. 1802. Sister Reinkemeyer nurtured the initial graduate nursing programs and a chapter of Sigma Theta Tau International, the nursing honor society dedicated to supporting nursing scholarship and research.

Sister Reinkemeyer left Seton Hall to return to the work of her religious order, the Franciscan Sisters of Mary and went to Africa in 1983. In 1989, Sister was killed by gunmen seeking money who opened fire at her health care mission in Kenya. The Annual Reinkemeyer Research Day continues Sister Reinkemeyer’s dedication to the development of nursing’s science, practice and education.