Corruption in the healthcare sector 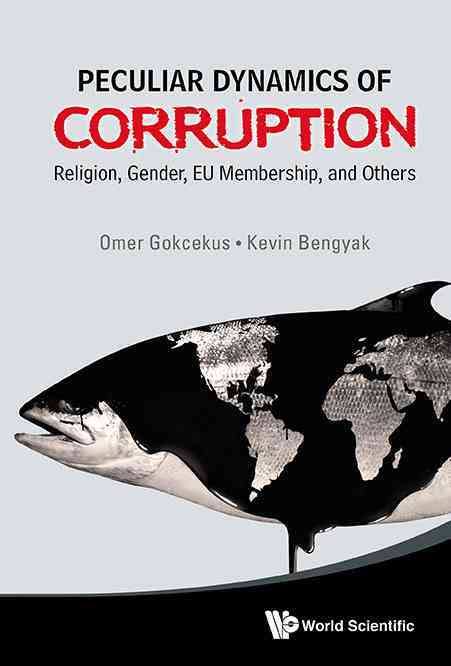 In the opening chapter of his newly published book, The Peculiar Dynamics of Corruption, Dr. Omer Gokcekus, a pioneer in global research on corruption,  shares a Turkish proverb that says  a “fish stinks first at the head,”  referring to the origin of corrupt behavior.  Dr. Gokcekus provides an assessment of the threat that corruption poses to the well-being of communities. His research shows that international institutions, non-governmental organizations, and government officials are focused on eradicating corruption as their top priority.

Corruption costs countries billions of dollars a year, undermining economic, political and social stability, worsening inequality and limiting development.  “We have a greater knowledge and better understanding of what causes corruption, the costs associated with it, what reduces corruption, and the imperative for reducing corruption,” Dr. Gokcekus said. “Corruption is not economic good; it is an economic bad for two fundamental reasons – it diminishes efficiency and creates equity problems.”

Dr. Gokcekus describes examples of the harm caused by the waste of resources in providing health services from all over the world. “In the U.S., the two biggest healthcare providers, Medicare and Medicaid lost 5-10 percent of their budget to overpayment. Medicare alone has overpaid private insurers by $282.6 billion dollars between 1985 and 2012, or around $10 billion dollars per year. To put that in perspective, Nicaragua’s GDP was 10.5 billion dollars in 2012.It is not just the U.S. that is losing money in its health sector. In Cambodia, more than five percent of the health budget is lost to corruption even before it leaves the central government. It is not just money that is lost to corruption. In Africa, counterfeit medication has been linked to 100,000 deaths a year. In the Philippines, poor- and middle- income families who are unable to afford small bribes have to wait longer for health services and are frequently denied vaccines.”

Corruption costs people in many ways, but particularly in health and education. Dr. Gokcekus recognizes that education and health are the pillars of society and raising the health and education of a country reaps wide dividends. “Healthier and more educated people are happier, more productive, and peaceful. This in turn raises incomes, which raises investments and innovation, and results in a better society. Corruption undermines this factor.”

Corruption in health and education affects the poor and the disadvantaged people by preventing them from getting the proper education and health services they need and deserve. “This denial of service restricts their ability to improve themselves and their chances to advance in life,” Dr. Gokcekus’ said. “These groups cannot afford to make that extra payment to receive the free service. Because they are not in a position to reciprocate ‘a favor with a favor of influence’ to the bribe seeker, they are often asked to pay bigger bribes than other groups.”

Countries that have been failing to advance the health care and education of their populations are not necessarily failing because of lack of resources, according to Dr. Gokcekus’ research.  His research has shown that these governments possess an adequate capacity to make progress and also receive substantial amounts of foreign aid. However, the health sector and the educational sector are targets of corruption. “Corruption is worsening maternal health and child mortality rates in many developing countries, particularly in sub-Saharan Africa. This is compounded by the fact that poor people are disproportionately targeted to pay bribes for access to health services.”

This book is a well-documented and thoughtful look at the influences of corruption. Perhaps the greatest challenge ahead – both for people and governments  – will be learning to deal with and manage the uncertainty surrounding corruption.