Internal and External Public Health Threats of the Syrian Crisis 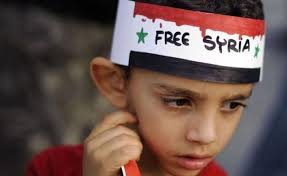 The ongoing political crisis in Syria between the Ba’ath regime and rebel forces has created a humanitarian disaster, with over 150,000 deaths and 2.8 million refugees. Civil war has been raging for over three years, as brutal fighting between forces loyal to President Bashar al-Assad and extremist groups like the Islamic State of Iraq and the Levant (ISIL) persists with no clear signs of accord ahead. The rise of ISIL, which has amassed territory in Syria and Iraq, has further complicated the sociopolitical landscape of the region. Amidst the violent chaos, it has become increasingly difficult to monitor and maintain the health needs of Syrian civilians. Consequently, Syria is facing a growing public health threat that is impossible for the Syrian government and for rebel armies to ignore. While the United States government and humanitarian organizations have already committed funds to address Syria’s growing public health challenges, more needs to be done to stop the spread of disease both within the country and in the region. There are four factors contributing to unsafe public health conditions in Syria and its neighboring region, which require immediate attention and action: First, a lack of medical resources, due to insufficient funds and armed militants, has opened the door to the spread of infectious diseases, including previously eradicated polio. Second, environmental factors are now exacerbated by the conflict, creating food insecurity and unsafe water and sanitation conditions. Third, humanitarian aid workers are unable to deliver treatments due to persistent violence and government resistance. Fourth, an influx of refugees into bordering states is spreading disease, causing economic instability, and threatening Syrians’ safety.