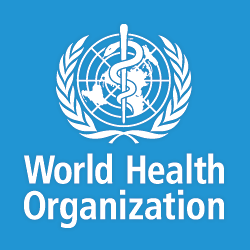 Since September 2012, the World Health Organization (WHO) has confirmed 198 cases of Middle East respiratory syndrome coronavirus (MERS-CoV), which include 84 deaths.  The majority of cases have been reported in countries in the Middle East region, but several cases have also been identified in Europe.  WHO Director-General Dr. Margaret Chan referred to MERS-CoV as “a threat to the entire world” because neither the animal reservoir nor the precise pathway to human infection have been confirmed.  The global health community is aware that MERS-CoV is adept at spreading inside healthcare facilities, infecting both patients and staff.  Because mild symptoms make it difficult to identify patients in the early stages of MERS infection, health care workers have unknowingly exposed themselves to the infection while treating MERS patients and outbreaks have been reported at hospitals in several countries, including Saudi Arabia and Jordan. To prevent additional nosocomial infections, the WHO has recommended that healthcare workers add droplet precautions to their standard infection control procedures.

Recent research findings suggest that MERS-CoV may not be as great of a threat as its infamous cousin, the severe acute respiratory syndrome (SARS-CoV).  During the 2002–2003 SARS pandemic, approximately 8,000 cases and 623 deaths were reported in 30 countries on six continents. Unlike SARS, which emerged in heavily populated areas and adapted to humans in a matter of months, researchers at Institut Pasteur and Conservatoire National des Arts et Métiers in Paris found that MERS-CoV seems to have been circulating in human populations for more than a year without causing a pandemic.

However, these scientists concluded that “enhanced surveillance, active contact tracing, and vigorous searches” were needed to identify the animal host and the route of transmission to humans. Other researchers have determined that 62 percent of human symptomatic cases have not been detected, confirming the need for regional public health surveillance.  On March 18th, the WHO released its latest findings on the outbreak and encouraged member states to continue MERS-CoV surveillance and carefully review any unusual patterns.

Unfortunately,  regional cooperation in the Middle East region is severely limited and epidemiological information is not routinely exchanged between countries. Some countries have strained diplomatic relations or no official relations at all, such as Israel and Iran. Others, most notably Syria, have been affected by civil war. As Global Health Expert Laurie Garrett noted, “If in-hospital spread is occurring within state-of-the-art, high-tech hospitals, the potential for MERS transmission inside squalid Syrian hospitals and makeshift refugee clinics is significant.”

The absence of strong regional partnerships have underlined the WHO’s important role in leading the MERS-CoV surveillance efforts. In June 2013, the WHO convened a meeting with more than 100 public health experts from the Middle East and North Africa. Because of this meeting, the participants agreed to collect information in a uniformed manner, which will facilitate the monitoring of the MERS-CoV virus. Unfortunately, the WHO has had to reduce its budget and cut staff in recent years.  Although the WHO continues to play a key role in the MERS response, it remains to be seen how reduced funding will affect these activities.