Global Governance for Universal Health Coverage: Could a Framework Convention on Global Health Hold it Together? 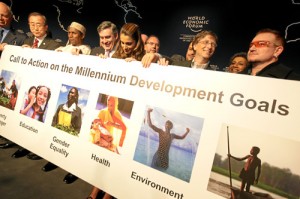 Photo Courtesy of the World Economic Forum via Flickr

Since their development in 2000, the Millennium Development Goals have substantially influenced global health governance, their indicators now forming an accepted metric for the measurement of global and local progress towards health, and against poverty. With post-2015 development goals now being debated, the World Health Organization and key stakeholders have advocated for Universal Health Coverage (UHC) as the primary health goal, though support has been equivocal, in part due to a lack of consensus on its definition. Despite this, UHC does offer a necessary operative structure within which the ultimately selected post-2015 health goals could be operationalized. For this to occur, the meaning of UHC will need to be secured in a global health governance context. This paper argues that a Framework Convention on Global Health, acting as a “point de capiton”, may achieve this, stabilizing the discourse on UHC around which structures of global health governance may be organized.