Knowing Autumn From a Falling Leaf: The GSK Probe and China’s Business Environment 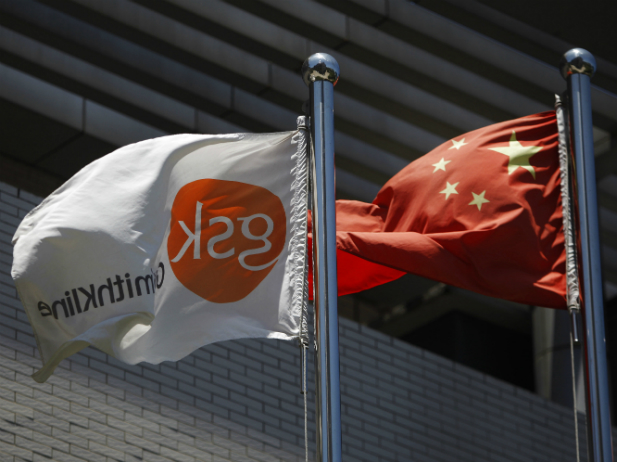 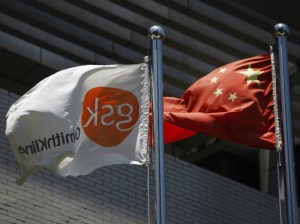 A flag (L) bearing the logo of GlaxoSmithKline (GSK) flutters next to a Chinese national flag outside a GlaxoSmithKline office building in Shanghai on July 12, 2013. (Aly Song/Courtesy Reuters)

There is a Chinese saying, Yi Ye Zhi Qiu, which means “Knowing that autumn is coming by seeing a single leaf fall.” This expression is fully applicable to the current business environment for foreign pharmaceutical firms in China.  Indeed, the recent investigation of pharmaceutical giant GlaxoSmithKline’s involvement in commercial bribery in China should send a chilly signal to all multinational pharmaceuticals aspiring to make big money in the China market: the go-go years are over.

On the surface, China is still the dream land for multinational pharmaceuticals. It is the world’s third largest pharmaceutical market with sales of $71 billion and with an annual growth rate between 15 and 20 percent—approximately twice that of the United States—ispoised to become the second largest pharmaceutical market by 2015. Robust economic growth and the new round of healthcare reform have generated tremendous demand for more and better healthcare. Health spending in China is projected to almost triple by 2020 to $900 billion.

Multinationals have additional reasons to be enthusiastic about China.  In order to attract pharmaceutical-related investment, China has been a laggard in promoting the flexible use of global intellectual property regime on public health. For a long time, Beijing has also allowed foreign firms to have independent pricing powers and exempted them from several regular rounds of government price reduction. Thanks to the government policy support and a consumer culture that favors foreign products over indigenous ones, drugs made by foreign firms are usually sold for a much higher price than those of their Chinese counterparts. At present, almost half of the drugs used by major urban health centers in China are manufactured by foreign firms. That might explain why in 2011 the top ten multinational pharmaceutical companies saw an average growth in Chinese sales of over 27 percent. Meanwhile, foreign firms operating in China could tap the lower cost base and rising expertise of Chinese scientists and engineers. The decreasing willingness of people in the West to participate in clinical trials and India’s move to issue compulsory licenses on drugs developed by multinational pharmaceuticals have only made China a more attractive destination for bio-pharmaceutical R&D investments. Not surprisingly, big pharmas like GSK and Pfizer have been busy shifting key operations, like manufacturing and R&D, to China.

But a crisis is already in the making. China’s healthcare reform has also led to stricter government regulation to rein in the unbridled healthcare costs. In November 2010, China’s top economic planning agency, National Development and Research Commission (NDRC), abolished the independent pricing powers of 16 drugs, 14 of which are made by foreign companies, while capping the retail prices of 174 medicines, 61 percent of which are produced by 40 foreign companies. These heavy-handed measures shrank profit margins for foreign drug makers in China, and, in conjunction with strong competitive pressures from domestic Chinese drug makers, forced local executives of multinational pharmaceuticals to act more aggressively in marketing their products. Indeed, just days before the GSK scandal came to light, news came out that NDRC was investigating 27 companies for costs, including foreign drug-makers GSK, Merck, Novartis, and Baxter International. The problem is that government power has permeated almost every aspect of the approval, manufacture, pricing, and marketing of a pharmaceutical product, and, in absence of transparency, foreign firms find it hard to do business without bending rules and bribing healthcare providers and government officials in China. As the arrested operations manager for Glaxo China admitted, in addition to hospital administrators he had to bribe officials of NDRC, China FDA, Ministry of Human Resources and Social Security, and local public tendering offices.

Against this backdrop, the rapid growth of noncommunicable diseases (e.g., cancer and cardiovascular diseases) has generated further demand for affordable patented drugs and “self-developed medicines,” drugs that were developed by a pharmaceutical company but the patent has expired. In June 2012, a Chinese newspaper reported that China had become over reliant on expensive foreign drugs to treat serious conditions and called for government measures to level the playing field. The same month, China revised its patent law, allowing eligible companies to produce generic versions of patented drugs under compulsory license. These efforts serve to develop a robust homegrown pharmaceutical industry. Indeed, the 12th Five-Year Plan (2012-17) explicitly identifies the life sciences and pharmaceutical industry as one of the strategic emerging industries that the government intends to develop domestically. This raises concerns that China may increase the pressures for international pharmaceuticals to trade market access for technology transfers. By targeting only foreign drug makers, the high-profile business bribery investigation may reinforce the perception that China is using selective enforcement of rules to create a competitive advantage for domestic drug makers. While big pharmas still enjoy an edge in terms of size, technology, and R&D investment over their Chinese counterparts, it is clear that they will face a much tougher and more complex business environment in the years to come.