Understanding the Geopolitics of Epidemics: How Brazil Outpaced the other BRICS in Response 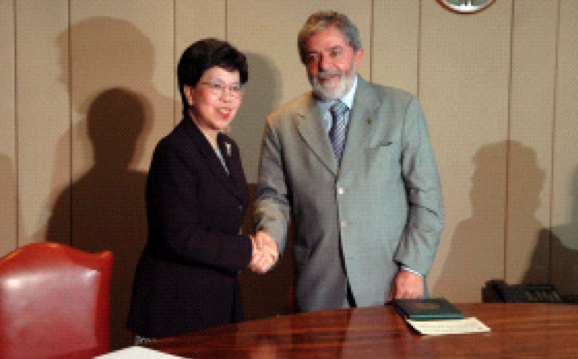 Understanding the Geopolitics of Epidemics: How Brazil Outpaced the other BRICS in Response

Despite their similar geopolitical interests and economic aspirations, in recent years the BRICS (Brazil, Russia, India, China, and South Africa) have reacted differently to health epidemics: Brazil has been the only nation to continuously strengthen its bureaucratic and policy response.

This is intriguing, especially if once considers each of these nations’ interest in quickly developing their economies, prospering, and engaging in international trade.

Why the difference? The answer seems to lie in how these nations responded to the international community’s observation of their response to disease, as well as their relationship with civil society. 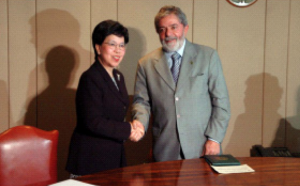 In Brazil, in response to criticisms and pressures from the World Health Organization (WHO) and the scientific community, political leaders sought to increase Brazil’s reputation as a nation capable of eradicating AIDS and tuberculosis (TB). They achieved this by implementing progressive prevention and treatment policies while working closely with civil society, taking advantage of their historic partnership in order to increase officials’ legitimacy and influence when seeking ongoing financial support.

In the mid-1990s, in the face of international criticisms and pressures from the World Health Organization (WHO), Brazil’s President Fernando Cardoso saw an opportunity to show the world that his country could strengthen its response to AIDS and TB. Cardoso worked with the Ministry of Health to fund awareness campaigns and NGO activities. Moreover, in 1996 Brazil created a federal law mandating the universal distribution of antiretroviral (ARV) medication. With respect to TB, by 1998 the government had strengthened the national TB program by expanding its staff size, while maintaining its commitment to distributing TB medication.

In order to sustain congressional funding, Brazilian AIDS and TB officials worked closely with civil society. Recalling the historic partnership that social movements had with the state in response to diseases during the early-20th century, as well as politicians’ appreciation of this history, these officials viewed their partnership with AIDS and TB NGOs as a way to increase their legitimacy and influence when striving to obtain funding.

India and China, on the other hand, were delayed in their response to epidemics, including AIDS and obesity, kindling criticism and pressures from the WHO. Politicians in these countries have viewed  epidemics as opportunities to strengthen their policy response in order to increase their international reputation as nations that are capable of eradicating disease. For instance, in China, by 2003 the government had created the State Council AIDS Working Committee and  increased annual funding for AIDS from 100 million Yen in 2002 to 810 million Yen in 2004. This funding went towards AIDS awareness, prevention, and legal services. And despite essentially doing nothing in response to obesity, shortly after the WHO pressured China to respond in 2005, the government created laws for physical fitness in schools and constructed parks and school gyms.

In India, despite the creation of a poorly funded National AIDS Control Organization (NACO) in 1992, following the emergence of international criticisms and pressures, Parliament heightened its financial commitments to NACO and to AIDS prevention and treatment programs. Beginning in 2004, Parliament also authorized NACO to provide ARV medication for HIV-positive parents and children. With respect to obesity, in response to WHO pressures, Parliament in 2008  authorized funding for prevention programs for women and children, as well as the creation of nutritional guidelines to promote better diets.

Nevertheless, India and China’s health officials never tried to establish strong ties with civil society.  In China, officials were apathetic towards working with the state, reflecting the absence of a strong historic partnership between them. In India, civic groups historically preferred to render health services on their own, while in China, the Confucius ethic of respect for the state generated few incentives to pressure the government for reform.

Without strong linkages to civil society, officials in India and China did not have the legitimacy and influence needed to obtain ongoing financial support for their programs. Consequently, India and China’s officials have not been able to consistently increase spending for their AIDS and obesity policies.

Russia and South Africa’s governments were apathetic towards the rise of international criticisms and pressures, reflecting both nations’ views of being global and regional leaders: they cared less than other BRICS about how the world perceived them. Both countries eventually responded to AIDS and TB, but the catalyst for reform was the epidemics’ threat to national security, including military readiness: efforts to invest in both nations’ federal agencies and improve prevention and treatment policies heightened after a rise in military enlistee infections. In 2007, Russia guaranteed drug treatment for all and, in 2003, South Africa did the same.

Still, Russia and South Africa’s officials never established a close partnership with society. Despite the rise of several NGOs in Russia, the government’s ongoing discrimination towards the gay and intravenous drug community created little interest in reaching out to these groups. Meanwhile, as a result of racist Apartheid rule, South Africa’s officials had no experience and, therefore, no interest in working with NGOs.

Aditionally, there never existed a long history of state-civil social partnerships in response to disease in these countries. In Russia, communities have grew accustomed to responding to diseases on their own, questioning the government’s knowledge and ability to respond. In South Africa, black and white communities were politically divided under Apartheid rule, leading to isolated communities preferring to respond on their own.

Therefore, when AIDS and TB emerged in Russia and South Africa, health officials had no interest in using civil society strategically to bolster their legitimacy and influence in garnering financial support. Consequently, over time Russia failed to increase spending for treatment and prevention – in fact, it reduced the AIDS budget by 2008 – while South African officials failed to get sufficient funding even to guarantee the timely distribution of medications.

Brazil’s response to epidemics provides important lessons for the emerging nations. In order to deepen policy responses, governments should positively react to international criticism while striving to work closely with civil society. To achieve this, officials should establish venues where they can learn about their historic relationship with society and society’s needs, incorporating them into the policymaking process. For just as civil society relies on the state for medical treatment, as we saw in Brazil, the state also needs society to build and maintain a robust policy response.

Eduardo J. Gómez is the author of Emerging Health? Explaining Brazil, Russia, India, China, and South Africa’s Response to Disease, which has been accepted for review at Oxford University Press, and several articles in press, including: