Getting at the Heart of China’s Public Health Crisis – Elizabeth C. Economy 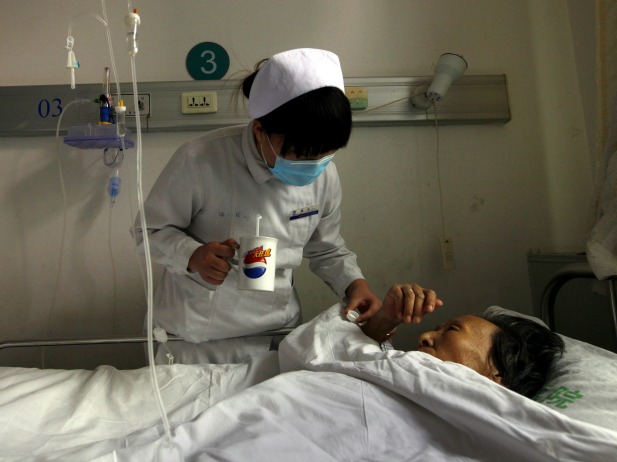 Getting at the Heart of China’s Public Health Crisis

This is a cross-post with CFR’s Asia Unbound blog which can be found here. 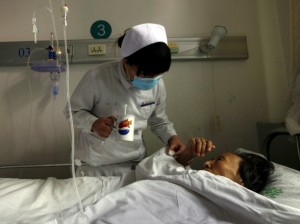 A nurse gives an infected patient medicine as she lies in her bed at the HIV/AIDS ward of Beijing YouAn Hospital on December 1, 2011. (David Gray/Reuters)

Trying to wrap one’s arms around China today is a significant challenge. It is a global power with a growing economy, rising military, and expanding diplomatic reach. Yet there continues to be a gnawing sense in and outside China that all is not quite right. Whether it is the 180,000 protests annually, the growing flight of capital and people to the West, or the potentially ruinous impact of corruption on the Communist Party’s legitimacy, uncertainty about China and its future is much greater than the country’s impressive global standing might suggest.

In the face of such uncertainty, what we need most is to understand better—issue by issue—what is happening on the ground in the country; and a terrific new book Governing Health in Contemporary China by my CFR colleague and renowned public health expert Huang Yanzhong provides precisely that kind of insight. It details Beijing’s efforts to tackle one critical and politically explosive issue—health care—and helps us understand where and why the country has succeeded and failed, and what more needs to be done.

The statistics are startling. China has one-third of the world’s smokers and suffers around one million tobacco-related deaths annually; the cardiovascular disease death rate is higher in China than in the United States; and close to one hundred million Chinese are believed to suffer from diabetes. Public anger over poor care, rising costs, and corruption in the health care systemtriggered over 17,000 violent attacks against hospital doctors and health care workers in 2010. Moreover, horrific stories of tainted food and drugs have further undermined the Chinese people’s faith in their government’s capacity to provide an effective health care regime. As Huang notes, over the past ten years, the Chinese people have come to refer to health care as one of the Three New Mountains—health care, education, and social security—modeled after the old Three Mountains (imperialism, feudalism, and bureaucratic-capitalism) that the Communist Party deployed to bring down the government of Chiang Kai-Shek.

Huang takes the reader on a fascinating journey through the twists and turns of the various efforts by Chinese leaders from Mao Zedong through Hu Jintao to tackle the country’s health care crisis. He explores the political battles surrounding three of the most pressing health care challenges the country faces: provision of good and affordable health care for all Chinese citizens, managing health care crises such as HIV/AIDs and the outbreaks of SARS and Avian flu; and developing an effective regulatory and enforcement system for food and drug safety. In each case, Huang finds evidence that Chinese leaders have learned from experience and from the outside world how to improve their practices. As a result, he can point to a number of advances in areas such as health insurance coverage or the strengthening of grassroots health care providers.

Yet as Huang amply demonstrates, these remain changes at the margin. He quotes a senior official from the Ministry of Health as noting that the most recent set of reforms launched in 2009 have not “solved the fundamental, systematic and structural problems [in China’s health sector].” Even president-elect Xi Jinping’s pledge to bring higher levels of health care to the Chinese people, coupled with increased investment in the health care sector (according to a recent McKinsey & Co. study, Beijing plans to triple its health care investment to $1 trillion by 2020), will not be enough to make the kind of difference in the country’s public health system that China’s leaders desire and its people demand.

Real change needs a far more radical set of political and institutional reforms that address how health care policy is made, financed, delivered, and evaluated. For Huang, that means health care policy “by fiat” cannot continue. What is needed, instead, he proposes, is reform in Beijing’s relations with local governments, greater democratic participation, a robust civil society, the rule of law, and a true market economy. Without such reform, Beijing will never get at the heart of its public health care crisis.