The End of AIDS? I Don’t Think So! – Laurie Garrett 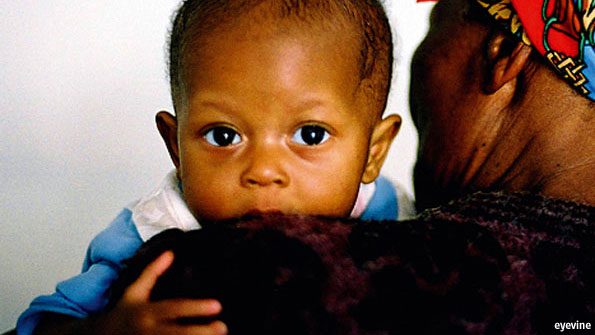 The End of AIDS? I Don’t Think So!

This week I got the sad, anger-provoking news that Spencer Cox died, in New York City, of Acquired Immune Deficiency Syndrome, aka AIDS. He was only 44 years old. The pandemic continues to claim lives, even in the USA, and among the rarified elite of treatment activists who, like Spencer, have consistently had access to the very best state-of-the-art medicines. 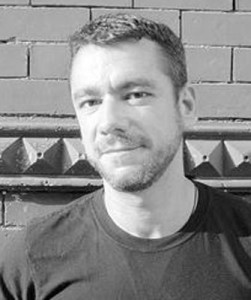 I first met Spencer in 1990 when he was a terrified boy/man living in Manhattan and fighting for his life. Spencer grew up in claustrophobic, homophobic Georgia, fled for college at Bennington, and then gay liberation in New York when he was 19. He wasn’t in town long before Spencer got infected with HIV, back in the day when nobody understood what the virus was, or realized the terrible toll it would exact all over the world. When I first met Spencer I was a newspaper reporter and he was a sort of Tennessee Williams/Truman Capote southern case of gay tragique trying very hard to sound like a hard-boiled AIDS activist.

Spencer helped found the most successful AIDS activism organization in the U.S., Treatment Action Group or TAG. He was part of a core group of about a dozen young men that were prepared to do just about anything to get the Food and Drug Administration to speed up its snail’s pace new drug approval process, and the National Institutes of Health to streamline its search for HIV treatments. TAG completely redefined disease advocacy in America, forcing staid federal agencies to go on an emergency footing, testing and approving drugs more rapidly, and frankly more accurately, than had ever been accomplished for any clinical condition.

On Tuesday Spencer drew his final breath, and that really pisses me off.

First, I am angry at Spencer for falling down the meth rabbit hole that is claiming the sanity of tens of thousands of gay men in America, making them careless about their own health and callous about the well-being of others. According to the US Centers for Disease Control and Prevention, or CDC, 47,000 people were newly infected in America in 2010, and the major surge in HIV incidence is among young, gay men. One of those post-adolescents that acquired HIV in 2010 in New York is a college student whose parents are old friends of mine. I have known this young man since he was a baby, and was stunned to learn that the well educated, savvy fellow had put himself at risk for infection. But why should I have been any more amazed that a 19-year-old gay man would have sex without a condom than that any college kid takes up smoking tobacco, binge drinking, driving-while-drunk or toting semiautomatic rifles?

I am angry at Spencer because when he was the same age as this young, newly-infected man the AIDS epidemic was so new that gay men didn’t understand how to protect themselves and their partners, but as the TAG activism paid off and the HIV drug pipeline opened up he knew better. Few people in the world’s HIV+ population knew as well as Spencer how crucial it is that the medicines are taken regularly, no doses are ever missed, and doctor visits are routinely made. When Spencer made choices that traded HIV medication for feeding his methamphetamine habit he knew full well that he was putting his life at risk. Spencer was the star of “How to Survive a Plague,” a likely Oscar nod this spring for Best Documentary. He knew that his survival required 100% adherence to his anti-HIV medicines.

Which takes me to my second source of anger: The “End of AIDS” myth now pushed by the White House and U.S. government agencies, especially overseas. In November, 2011 Secretary of State Hillary Clinton delivered her landmark “AIDS-Free Generation” speech, declaring it a matter of U.S. government policy to ensure that no new infections occur in young people and children worldwide. A government “Blueprint” was released, laying out the scheme for eradicating new HIV transmission in young people and children all over the world. It was a smart roadmap, and PEPFAR has adhered closely to it, saving to date about 740,000 lives outside the U.S., according to an independent analysis. (http://jama.jamanetwork.com/article.aspx?articleID=1157487)

Clinton’s “AIDS-Free Generation” mantra was quickly supplanted by “the end of AIDS” as a guiding principle. By July 2012 when the International AIDS Conference convened in Washington the rhetoric dominated all sessions and conversations. Most skepticism has focused on money: Wehave the tools, the doubters insist, but lack the political will that drives dollars.

The hopeful rhetoric glossed over significant counter trends. While HIV incidence globally has declined since 2000, so that UNAIDS says about 500,000 fewer new infections occurred in 2010 compared to 2000, incidence has quietly been climbing in gay communities all over the world. And so has mortality. For a variety of reasons gay men are far more likely to become infected in a given sexual act compared to transmission probabilities in heterosexual intercourse. And they are more likely to put themselves at risk for infection.

Today in the USA, three decades after the epidemic started, HIV/AIDS remains a predominantly gay men’s disease in this country. And despite treatment availability, even in very rich countries, gay men are dying of AIDS at a terrible rate. A recent Swedish survey found gay HIV+ men in that country are dying at a rate four times that of their age-matched, uninfected counterparts. A similar survey in Florida found that African American and Latino gay men were at tremendous risk of dying from AIDS, despite access to free treatment. If the AIDS pandemic has a Ground Zero it is San Francisco, where 28,793 people, mostly gay men, were diagnosed HIV+ between 1981 and the end of 2010: 19,341 of them, or 69%, died prior to 2011. “Among those diagnosed with AIDS between 1996 and 2010, the percent of African Americans surviving five years was 74% as compared with 82% for whites, 84% for Latinos and 86% for Asian/Pacific Islanders,” according to California statistics. What that means is that after 1996, when effective treatment for HIV became available thanks in large part to the valiant work of Spencer Cox and his band of TAG brothers, very significant numbers of men died every year.

Gay men in North America and Europe have had access to HIV medicines for far longer than their counterparts in Africa and other parts of the world. Many of them, like Spencer, tried to buy life-years with early, crude medicines like AZT monotherapy. They were the first to clamor for effective combination treatments when they became available in 1996, and thousands of them have stayed alive and medicated effectively ever since. But the community is getting tired of the drugs, many young men are coming out, believing HIV is no big deal, and Ecstasy and meth are sweeping the club scenes from the Castro to Chelsea.

“Good behavior” is hard, especially for decades. If you were once a smoker the aroma of an after dinner cigarette is always alluring. No matter how high your cholesterol count may be you have likely forgotten to take your statins many times. No alcoholic can ever pretend, even after 20 years of sobriety, that temptation has entirely evaporated.

So today I am mad at Spencer for falling off all his wagons, gambling with his own life and contracting full blown AIDS. And I’m very angry with those that shout the clarion call of “end of AIDS” in a world that still has no cure for the disease, no vaccine to prevent infection and little more than the hope that millions of infected people around the world will somehow, after they’ve been on these drugs as long as have the Spencers of the gay community, not fall off their respective wagons.