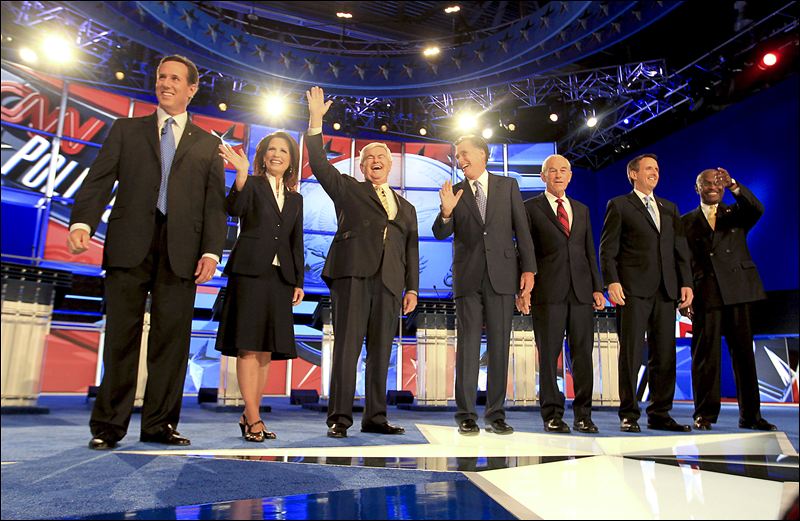 I imagine that, even among this blog’s readers, global health did not come to mind as the United States watched Mitt Romney nip Rick Santorum in the Iowa Republican caucuses. In addition, I doubt whether many votes in subsequent GOP primaries will be cast because of global health considerations. So, you might be asking, why blog about the Republican primaries and global health, especially when the Republican nominee has yet to be selected?

As a political tradition, American conservatism has no serious history with global health issues of which I am aware, not at least until the Reagan administration’s extension of US anti-abortion politics into American foreign aid policy (the Mexico City Policy and all that), which triggered a still on-going controversy in global health and US foreign aid politics. We should expect this issue to emerge again, at least in the communities interested in global health (which don’t matter in these election campaigns), once the general election match-up is set. It is hard to imagine the eventual Republican nominee, even Romney, ignoring anti-abortion forces in the GOP on this issue given that nominee’s need for all the support he can muster come November.

However, the biggest—and more interesting—legacy for conservatism in global health comes from what President George W. Bush and Republican congressional leaders did in this realm, especially through PEPFAR. The Bush administration came to office with no discernible perspective on global health, but it certainly left office having significantly contributed to the transformation that global health experienced in the first decade of the 21st century. This legacy raises questions about how American conservatives perceive PEPFAR specifically and global health challenges generally—questions bequeathed to them by conservative leaders not bleeding-heart liberals.

As a result, the eventual Republican nominee will have to confront this conservative legacy and devise the next phase of a conservative approach to global health. For sure, this task will not be anywhere near the top of the nominee’s campaign agenda, but PEPFAR, at least, is big and symbolic enough to require, at some point, consideration in principle and in policy.

Returning to the Iowa caucuses, Romney and Santorum perhaps represent two streams in American conservatism that, at the moment, appear to diverge on PEPFAR and global health. Santorum expressly declares in his “10 Steps to Promote Our Interests Around the World“ that the US must “keep and expand” its humanitarian aid efforts, including on HIV/AIDS. Santorum strongly supported PEPFAR when he served in Congress. He also issued a statement on World AIDS Day in December 2011 underscoring PEPFAR’s importance and the “hope that in our lifetime, we may see the end of AIDS.” In Santorum, we see a conservatism embracing global health’s foreign policy importance to American ideals and interests—what Michael Gerson called “Rick Santorum and the return of compassionate conservatism.”

Romney’s official website, as far as I can tell, contains nothing on PEPFAR or global health. Searches on Romney’s website for “PEPFAR,” “HIV/AIDS,” and “global health” yielded no results. Romney’s official foreign policy white paper likewise contains nothing specific to global health. General searching on the Internet revealed some comments indicating reluctance on Romney’s part to commit political capital and fiscal pledges to the US global HIV/AIDS efforts (see, e.g., this Huffington Post item). In fairness, my poking around for Romney’s views on global health was not, shall I say, comprehensive and rigorous. However, my inchoate sampling perhaps suggests in Romney a conservatism imbued with skepticism about global health, including PEPFAR, as important for US foreign policy—a version of a more calculating conservatism less impressed with the alleged benefits of humanitarian assistance for American ideals and interests.

This difference on global health and PEPFAR between Romney and Santorum will play no role in what happens in the coming primaries, nor is global health or PEPFAR any “litmus test” for American conservatism in its various shadings. The difference is, however, interesting to ponder because what President Bush wrought forces conservatives to confront global health more seriously than this American tradition of political thought has done before. The import of these potentially divergent conservative deliberations on global health will, ultimately, be decided by primary and general election voters largely oblivious to global health issues of any kind.