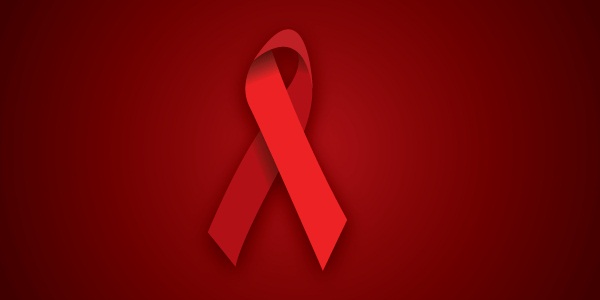 For some two decades this date – December 1st – has been marked as World AIDS Day, commemorated with speeches, op-eds and performances around the planet, most demanding increased support for HIV treatment funding. No doubt newspapers and the blogosphere will resonate with pleas to defy the dire economic state of affairs and stay the course, fighting to fund AIDS efforts.

This will not be such a blog, as I do not believe “staying the course” is reasonable, correct or moral.

It is time that everybody engaged in this ill-defined mission we call “global health” – including advocates for expanded access to HIV treatment – wake up to reality and cast off the old course entirely. The time is overdue for fundamentally new ways of thinking about what is meant by the phrase “global health,” how HIV fits into that picture, and most urgently how the overall mission is to be financed at proper scale, equity and sufficiently ensured for the long haul.

Just before the U.S. Thanksgiving holiday the Global Fund to Fight AIDS, Tuberculosis and Malaria announced it is broke. It cancelled its next grant-making round, and acknowledged that it is $7 billion shy of meeting stagnant conditions, including  continuing to fund the roughly 400 entities in 60 countries that rely on the Fund to buy and distribute anti-HIV medicines and prevention tools. If the Fund can pressure its donors to fulfill old commitments, it can maintain treatment for some 3.5 million people in poorer countries.

Conjuring the urgently-needed $7 billion will, however, be a neat trick. The Eurozone is collapsing, and several of its countries are so long in arrears on Fund donations that there is no serious reason to even mention them anymore. The United Kingdom has, remarkably, increased its global health commitments this year despite 8.5% unemployment in the country and tough economic times, but has directed most of its attention and funds to child immunization campaigns. France and Germany are the only large, strong economies remaining in Europe, and France is threatened with a credit downgrade; Germany is under pressure from the region to be the lender of last resort. Only Pollyanna could look at the Eurozone and imagine the region will continue to match its 2007 levels of funding for global health and particularly HIV treatment.

From a governance point of view the picture is grimmer, still. The World Health Organization, which until 2002 (when the Global Fund emerged, US government commitments rose and the Gates Foundation stepped its efforts) was the undisputed leader of global health, is a now mere shadow of its former self. This year WHO’s budget shortfall exceeds $1.2 billion, with an overall cache for 2012-2013 of fewer dollars than the Bill & Melinda Gates Foundation will disperse for health in 2012, alone. Despite laying off about 20% of her WHO staff, Director-General Margaret Chan faces still more necessary staff cuts and budget hacking thanks to the inflation of the Swiss franc.

As the Eurozone’s unraveling has proceeded in grueling slow motion throughout 2011 currency investors have scoured the planet in search of a strong monetary refuge: Most have settled on the Swiss. In a mere six week’s time this summer the franc soared in value by 32%, and has remained inflated. All Geneva-based multilateral organizations – including WHO and the Fund – receive support in US dollars but must make payroll in Swiss francs, meaning the most basic costs of doing their business have sky-rocketed.

The monetary vagaries of the euro and competing currencies have also proven daunting for the World Food Program, the Food and Agriculture Organization, UNICEF and a long list of NGOs. This is not a good time to be negotiating prices on thousands of bushels of wheat, 1 million Chinese-made syringes, or even generic drugs – especially if you are working with US dollars or fluctuating euros.

All global health and development programs are hurting, whether they deal with food relief in Somalia, cholera in Haiti or HIV in Malawi.

If we “stay the course” and follow past behaviors for tough economic times advocates for health, food and development will now commence screaming – some already have. There are traditionally two types of screams: First, a general outcry that aims at the old sources of wealth in Western Europe, North America and Japan, indignantly reminding would-be donors of their moral imperatives and evil profiteering ways. The second scream will be between causes, with one disease/health effort downplaying the import and achievements of all of the others, and insisting funding ought to be directed in tough times disproportionately to them.

Such behavior is unseemly and ugly.

“Staying the course” is unacceptable.

More than 14 million people need anti-HIV medicines right now in poor and emerging market countries: About 7 million are allegedly receiving them, mostly underwritten by the Global Fund or the United States government’s PEPFAR and USAID. The U.S. is the largest donor to the Fund, accounting for more than a third of its support in 2009 and probably about half today. In other words, if the U.S. walks away from global health support in its FY2013 budget, the House of Global Health Cards could come tumbling down. The decline in Eurozone support has only increased the import of the American backing.

This December 1 as we “commemorate” World AIDS Day we should very carefully, and honestly, separate aspirational goals for world health from realistic ones. Aspirations and dreams matter: The UNAIDS Zero Campaign and Secretary Hillary Clinton’s AIDS-Free Generation calls are excellent goals. But reality dictates that the strategies used to attain those goals, and the tactics deployed both in the field and directed to donors must change radically and immediately.

1.)    No HIV-focused program will pit its needs against those of other worthy health efforts. And conversely, child and maternal health programs, food relief, development schemes and hundreds of other noble efforts will cease decrying the “excessive” funding directed to HIV treatment and prevention.

2.)    The age of non-governance, even lawlessness, in the NGO and faith-based organization sectors of global health must come to an end. Over the last eight years the public sector of global health has made great strides in governance, forming the “H-8” alliance of the top eight health multilaterals, and increasingly putting into practices the principles of the Paris Declaration. Inside the U.S. government foreign assistance infrastructure dramatic reform in cross-agency cooperation, relations with host governments and overall integration of actitivies has unfolded. But the private sector on the global stage remains the Wild Wild West, acting as if the nobility of its cause justified such behaviors as sabotaging rival NGOs, absorbing more than 40% of donor support into headquarter operations and management salaries, stealing local healthcare talent away from rivals and local government agencies, operating in ways that put organizational ideology above local country health strategies, and picking health missions that coincide with larger corporate or religious goals, even at the expense of conflicting local exigencies. In this time of economic despair it is incumbent upon all alleged health and development private sector players to cooperate, cease cross-sabotage, increase operational efficiency, and dramatically reduce headquarter spending.

3.)    Integration of health and development efforts must proceed past the rhetorical or promissory level to concrete implementation. If a clinic in a remote location in a poor country is capable of providing prenatal exams on a routine and hygienic basis, it ought to also offer those pregnant women HIV, TB, herpes and HPV tests and services, including vaccines and treatments when indicated. Nobody should have to walk miles to get an HIV test at one clinic, and then miles more for a TB exam at a different facility. Decency for the patients ought to have long dictated integration: Financial crisis makes it mandatory.

4.)    We must get all 14 million people in need of HIV treatment on their medications. Likewise, millions of people are in urgent need of antibiotics for tuberculosis, artemisinin for malaria, vaccines, well-baby programs, basic food supplies and so on. The urgency to fulfill these needs has not diminished one bit, despite the reduced interest on the part of traditional donors. Operationally this means that every health organization must identify and eliminate cost inefficiencies, and direct an every larger percentage of their funds to on-the-ground operations. At the grand multilateral level the reforms now underway at WHO and the Fund must proceed with deliberate haste.

5.)    No health or development program should proceed without genuinely significant outcomes to be attained, and externally validated metrics for measuring said achievements. When PEPFAR first rolled out as an emergency program little thought was given to outcomes and metrics. But in a time when politicians are dying for excuses to eliminate budget items the paucity of valid data is reprehensible. Let us begin on this December 1st by collectively reflecting on this question: Of the roughly 7 million people supposedly on anti-HIV treatment at this time  outside the wealthy world, what percentage started taking their drugs, but have long since been lost from the systems, disappearing from the roles of the treated? What is the real number of people living today on daily HIV medicines, thanks to donor-supported or local government programs?

Only two things have changed since the heady days of global health support when Bono, Bill Gates, Tony Blair, Olusegun Obasanjo and Bill Clinton stood side-by-side on the stage in Davos in 2005, calling for the World Economic Forum’s attendees to produce billions of dollars worth of funding for global health. First, the money is diminishing, and future commitments are evaporating. Second, demand for health services and treatment are increasing. That’s all – just more people requiring services, provided with less money.

Failure is not acceptable.

The opinions expressed here are those of the author.