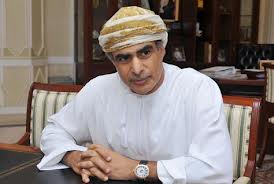 His Excellency Mohammed bin Hamad Al Rumhy became Minister of Oil and Gas of the Sultanate of Oman in December, 1997. Before his current position, Al Rumhy held academic faculty positions in petroleum engineering and served as Assistant Dean of Engineering at Sultan Qaboos University in Oman. He earned his BS degree and a PhD degree from the Royal School of Mines, Imperial College London, as well as an MS degree from the University of Tulsa in Oklahoma, all in petroleum engineering. 1

During the interview, HE Mohammad bin Hamad Al Ruhmy, provides a definition for the concept of Love as respect, acceptance and understanding of our neighbors especially nowadays when the world has become a Global Village. People need to understand each other, respect each other allow each other the freedom to think for themselves. Fundamental basis of love is love for your neighbor. Such love manifests itself in respecting the other’s opinion even if one does not agree with it. Ruhmy argues “I have been very lucky that I don’t have to forgive someone who done me wrong. But I hope other people forgive me more than I forgive others. It is important to me forgive everyone honestly. It is part of my bringing up and this is my philosophy in life.’’

H.E Ruhmy brings the examples of forgiveness in government domestically and internationally. He states: ‘’In the early 70’s, there was separatist movement in Oman. Our head of state at that time, asked them to join in our reconciliation of the country, rather than fight. His political action was based on the philosophy of forgiving. It was important to work together and not against each other because at that time Oman was a developing country with no schools or infrastructure. The official policy of country is to forgive each other and move forward following the principles of love, understanding and dialogue. Our foreign policy in dealing with all our neighbors and international community is based on applying the principles of love and forgiveness.”2 He states that if we look at the conflicts in the Middle East such as the conflicts in Syria, Libya, Egypt, Iran, their approaches has always been promotions of dialogue and understanding among nations. Our country aims to promote peace through love and dialogue, which should be the basis for solving conflicts.

Ruhmy interestingly compares solving conflicts to football. He talk about the idea of “Football Match Syndrome’’, which suggests that people are competitive and they to support and cheer for their football teams if they find themselves in the context of a stadium. Being in a conflict is like being in a stadium where you can’t just sit and watch, but you have to support one of the teams. Instead of supporting one side or the other, the referees or the leaders should use the tools of love, forgiveness and dialogue and they should be consistent and just. When there was problem with Iran and the West, Oman tried to bring the two sides to the negotiation table respectfully. What Oman did was a small contribution. A process towards peace and a better world can only be achieved by promoting the dialogue rather than supporting one side or the other in their destructive action.