In the past few weeks, New York reclaimed its annual September buzz following a pandemic-forced cancellation of the in-person United Nations General Assembly in 2020. Though in-person, the 76th session of the UN General Assembly attendance was subdued. In its communication to Member states, the US State Department, as host country of the global body, recommended for a virtual session as was the case last year where Heads of State and Governments would deliver their statements through pre-recorded video clips. All this with intention not to turn the meeting into a corona virus super spreader. As well intentioned as this communication seems on face value, it obscures the elephant in the room: COVID-19 vaccine inequality.

Almost two years into the pandemic, with vaccines proven to be working thanks to remarkable science, it is not only the United States that finds itself trying to erect virtual barriers. All developed countries, despite their high vaccination rates, find themselves haunted by their very own decisions as regards access to such coveted commodity by and in developing countries. As they cling to the highly effective vaccines, the developed world has also controlled its availability to most of the world where the virus is still raging. Developing countries have had to make do with generic AstraZeneca vaccines that have also been in short supply.

Vaccine roll-out has been skewed towards developed countries with the rest, especially in Africa, holding hope on the World Health Organization-led COVAX initiative. Through this arrangement, COVAX procures vaccines in bulk and distribute to poor countries basing on their population and level of vulnerability. Over 200-million doses of COVID-19 vaccines have been supplied to 53 African countries, according to the continent’s Centre for Disease Control. Of that figure, 156 million doses have been administered, translating into an estimated 4.57% of Africa’s population. Limited supply combined with high rates of vaccine hesitancy, makes the developing world, Africa in particular, a ‘secure’ home of the virus that, in the long term, poses a threat to global health and economy.

Instead of getting more vaccine vials to control spread of the virus, the very disadvantaged countries are prominent members of the red list in which its citizens are banned from visiting the west, hence eliminate the very incentive that would enhance administration of the available vaccines hence start in earnest contributing to Africa’s herd immunity. The British government’s recent removal of several African countries from its red list should not be cause for celebration. Rather, African countries should ask why they were there in the first place. In tackling the ‘why,’ the world could better place itself in a position to appreciate the benefits of not playing vaccine politics and ensure a holistic fight against COVID-19. Ebola and other pandemics before it like the 2002 SARS outbreak provide enough lessons as regards isolationism and global public health threats. One safe corner of the world cannot barricade itself from the others that are still reeling or hibernating the virus. It is in the best interest and of course good international politics for there to be easy access to vaccines for all.

The global economic infrastructure led by World Bank should revert to its inception mandate at Bretton wood in New Hampshire and make its financing instruments available and with less red tape to help developing countries’ ‘reconstruction’ and recovery from the pandemic through acquisition of vaccines. If the current disparity in accessing vaccines persists, not only developing countries will pay the brunt of the cost, for it will also drag down global economic recovery due to frequent restrictions put in place to prevent further spread of the virus. Vaccines have proven to be effective. Geopolitics therefore should not be a stumbling block to holistic efforts for dealing with the virus but rather should make many partake in this celebration of scientific achievement. 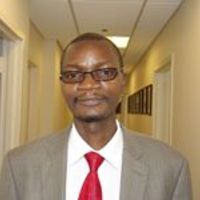