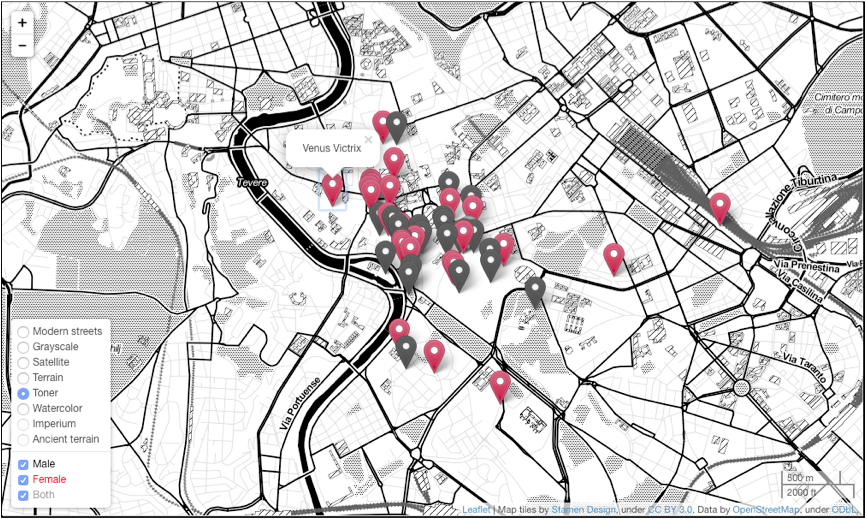 This project aims to create an on-line database of Roman temples. By
“Roman” we mean temples in ancient Rome, as well as temples dating to
the Roman period and outside Rome. By “temples” we mean those well known
religious structures of ancient Roman society. While there are existing
gazetteers and other collections of ancient places, none track the
complete set of characteristics we could apply to temples: date, style,
orientation, divinity, and so on, even scholarship. Undergraduates have
been involved in the project since the beginning. Currently we are
adding new temples and more information to the ones already entered. In
the near future, we hope to create more links with other projects and
bring in standardized ontologies.