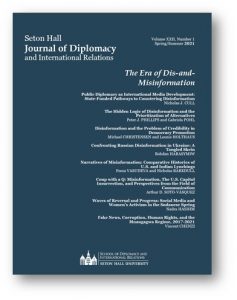 Letter from the Editors

As the world continues to recover from the devastating fallout of the COVID-19 pandemic, navigating the harms of misinformation and disinformation remain at the forefront of global conversations on paving the path forward. Preventing the dissemination of false information—particularly during a time where the ways in which we engage with information environments have fundamentally changed—is increasingly complex. Social media platforms have enabled users to not only engage with media but become distributors of it themselves.

When coupled with bad actors, limited repercussions, and poor content regulation, social networks are easily weaponized. At all scales of governance misinformation and disinformation campaigns pose a multidimensional threat. In Myanmar and China, disinformation campaigns were leveraged to target minority groups, while in Central and Eastern Europe, they serve as the cornerstone of destabilizing operations between adversarial states. In yet another facet, countries like Turkey, China, Russia, and Iran have embraced digital authoritarianism and restrict policies on internet accessibility under the pretext of stemming the spread of “fake news.”

This year’s issue seeks to shed light on the nature of these evolving threats from a variety of innovative and understudied perspectives. This issue explores the causes and effects of the spread of misinformation and disinformation throughout different parts of the world and will be timely for years to come given the ever-increasing role and breadth of new technologies infiltrating people’s everyday lives. 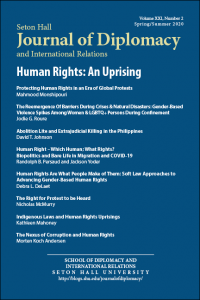 For centuries, protests have been used to mobilize citizenry in efforts to bring about sweeping change in different parts of the world. Protestors have protested to convey their discontent, to demand a moral response, and to speak truth to power. In 2010, anti government protests in Egypt inspired similar uprisings in other Arab countries, which became known as the Arab Spring. This year, the killings of Ahmaud Arbery, Breonna Taylor, and George Floyd have led people in the US and across the world to march against racism and police brutality. Despite a global pandemic, thousands have taken to the streets to demand justice for Black lives, demonstrating that the principle of equality, a common moral good, is worth risking both health and life.

“Human Rights: An Uprising,” the second issue of our twenty-first volume, sheds light not only on the right to protest itself, but the human rights that have inspired them. Mahmood Monshipouri explores the variations and similarities in contemporary protest while discussing the Black Lives Matter movement. Joudie Roure addresses gender-based violence and LGBTQI rights in Puerto Rico, especially the murder of trans women. Debra DeLaet explains the importance of soft law approaches in making progress toward the realization of gender-based human rights and LGBTQI rights. Randolph Persaud and Jackson Yoder apply the concept of homo sacer to examine differential rights within two key areas: migrants/refugees/asylum seekers in Europe and the effects of COVID-19 on African Americans in the US. Nicholas McMurry argues that the right to be heard is developing in human rights law as expounded in the practice of the UN treaty bodies. Kathleen Mahoney discusses Indigenous rights in Canada. Morten Andersen argues that an investigation of the relationship between corruption and human rights is best viewed as a framework of socially constructed norms, political power, and the complex interrelation of political, legal, economic, and social systems. Finally, David Johnson writes about the origins, causes, and contemporary implications of extrajudicial killings in the Philippines.

This issue sheds light on the strata of protests and human rights. It further affirms the growing political salience of human rights and the power of social movements to overcome the tyranny of exclusion, greed, and special interests which have always undermined them. 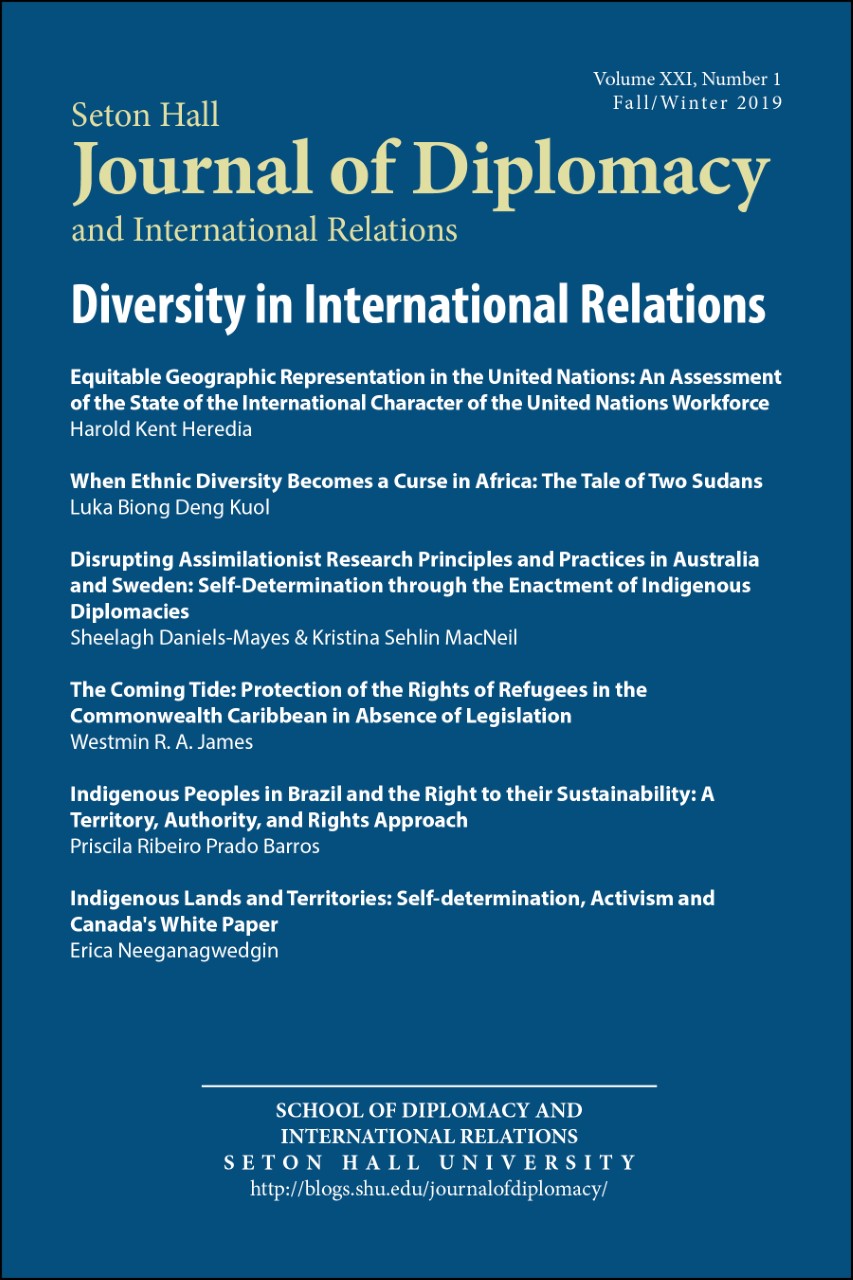 Diversity and Inclusion are terms that are commonplace across various industries, including the hiring practices of corporations and in representation at educational institutions. We see diversity and representation play an important role in the democratic nomination race for the 2020 U.S. presidential election, sometimes mentioned only to gain political advantage. Diversity, in terms of whose story gets told and whose doesn’t, is a theme that is woven throughout a variety of global issues, but often takes a backseat to the bigger news stories that tend to dominate media outlets. Yet, diversity or lack thereof is often implicated upon closer examination of global issues.

Climate change, development, violent conflict, terrorism, human rights violations, reform of global governance, and problems of democratic representation throughout the globe are closely tied to issues of diversity. Increasingly, questions of diversity and inclusion present a pathway to solutions to many of these problems. For the 21st volume of the Journal, we wished to showcase and champion diversity and representation in academia by bringing the voices of diverse writers and less familiar topics to our readers.

This issue features three articles on indigenous rights. Sheelagh Daniels-Mayes and Kristina Sehlin MacNeil write on the concept of diplomacy, focusing primarily on the lesser recognized diplomacies of First Peoples in Australia and Sweden. Priscila Ribeiro Prado Barros posits that the growing involvement of Indigenous Peoples in Brazil, in the defense of their own affairs, have triggered the emergence of a new organizing logic, which considers rights as more important than territorial authority. Finally, Erica Neeganagwedgin examines the Canadian federal government’s 1969 Statement of the Government on Indian Policy and the recent Indigenous Rights Framework that the Canadian government introduced in 2018.

The remaining three articles discuss diversity in employment at the UN, the issue of ethnic diversity in the two Sudans, and how international law affects refugees in the Caribbean. Harold Heredia discusses the importance of diversity at the UN as stated in the organization’s charter in Article 101. Luka Kuol examines the case of the two Sudans to argue that ethnic diversity can become a curse when there is a governance deficit that is manifested in social contracts and systems of government that abhor and detest diversity. Westmin James’ article asserts that both international treaty law and customary international law may appropriately aid constitutional interpretation and can protect asylum seekers or refugees from being repatriated to their home country.

Our strong desire to provide a platform for less familiar topics was the driving force behind the creation of this issue. We hope you enjoy this issue and the diverse topics that it touches on.