The Rise of A Deadly New Strain of Bird Flu: Has China Handled This Properly So Far? 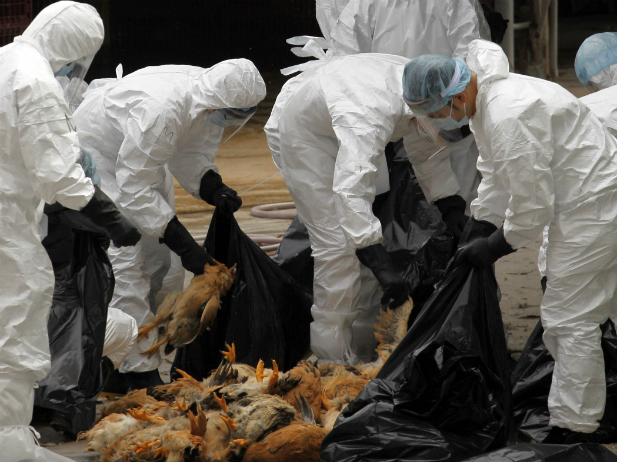 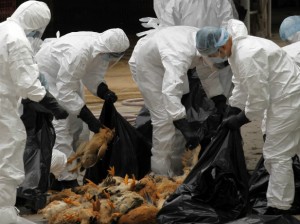 China has long been perceived as the epicenter of major infectious disease outbreaks. The 2003 SARS crisis was the most recent and notable example. However, over the past months, China has been caught up in a series of public health-related crises, including air pollution in Beijing and dead pigs in Shanghai. So when reports came out over the weekend that a new lethal strain of bird flu, H7N9, was identified in China, it should not be a surprise to anyone.

Despite the lack of surprise, there are reasons that we should be alarmed about the new virus. First, the social-economic cost could be huge. While SARS killed about 800 people worldwide, it developed into the most serious social-political crisis for Chinese leaders since the 1989 Tiananmen crackdown and cost nearly $40 billion globally in losses. Second, this type of bird flu has never been seen previously in human beings and has never been known to previously kill people. While the chances of human-to-human transmission may be low for now, the virus must have undergone significant mutations in order to jump from animals to humans. Third, two of the three H7N9 cases were reported in Shanghai, where more than 20,000 dead pigs were retrieved recently. Given that pigs serve as mixing vessel for influenza viruses, it is legitimate to link the dead pigs to the deadly new strain of virus. Indeed, one of the fatal cases, the 27-year-old man from Shanghai, was reported to be a pork broker. Last but not least, one of the victims had two sons, both of whom are suffering from acute pneumonia, and one has already died.  With three people in one family acquiring acute pneumonia, the World Health Organization’s China representative did note that “it raises a lot of concern.”

Compared to its response in the initial stage of SARS outbreak, China appears to have done a better job so far of handling the new H7N9 virus. The newly formed National Health and Family Planning Commission—the successor of China’s Ministry of Health—shared information about the disease with the WHO, Taiwan, Hong Kong, as well as “related countries.” The health authorities in China have also tracked and are monitoring 88 people who came into close contact with the three cases.

But questions have also been raised about the government’s effectiveness in handling the novel virus. The two fatal cases both occurred when China’s parliament convened to elect the fifth-generation leadership. The two victims died on March 4 and March 10, respectively, but the government did not publicize the disease until March 31. Some have questioned whether the government deliberately covered up or delayed reporting the disease. However, the government explained that H7N9 is not a reportable disease under the Law on the Prevention and Control of Infectious Diseases, and it needed time to confirm the virus. But even accepting the government explanation, one still wonders why it took the government more than three weeks to confirm the virus. This is troubling because maybe ten years after SARS, China still has not built adequate laboratory and epidemiological capacities, which is crucial to detect, assess, notify, and respond to public health emergencies of international concern.