To: The Great Leaders Who Have a Passion for Continuous Learning

One day, as a small child, Thomas Edison came home from school and gave a paper to his mother. He said to her, “Mom, my teacher gave this paper to me and told me only you are to read it. What does it say?”

Her eyes welled with tears as she read the letter out loud to her child. “Your son is a genius. This school is too small for him and doesn’t have good enough teachers to train him. Please teach him yourself”

His mother did just that, until she fell ill and passed away. Many years after Edison’s mother died, he became one of the greatest inventors of the century.

One day he was going through some of her things and found the letter that his old teacher wrote his Mom that day. The message written on the letter was “Your son is mentally deficient. We cannot let him attend our school anymore. He is expelled.”

Edison became emotional reading it and then wrote in his diary: “Thomas A. Edison was a mentally deficient child whose mother turned him into the genius of the Century.”

Stephen Covey beautifully defines leadership as: “Communicating to people their worth and value so clearly that they come to see it in themselves.” It is in this act of leadership that great leaders selflessly serve others to realize the greatest potential and possibilities their life can give to the world and those whom they touch. Your belief in someone, your one word of encouragement and deep caring may be that one, beautiful spark that will bring out another “genius of the Century.”

Have a beautiful day and a magnificent and wondrous week!!! 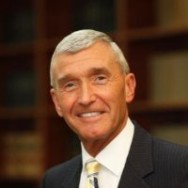