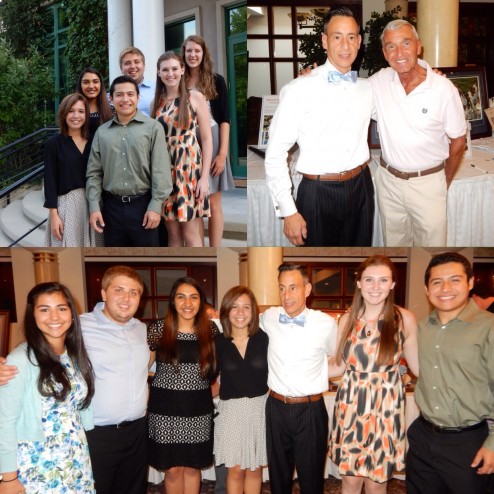 Father of Danny G and member of our Leadership Development Advisory Council, Allen Galorenzo, kindly invited the Team to volunteer at the 12th Annual Event. On behalf of the Team, Director Mike Reuter and members Andrew Aguilera, Francis Ahmed, Vicki Elter, Prachi Makkar, Melissa Vega, Kathleen Yeckley, and Deniz Yalcin, attended the Event. Collectively the Team helped the Galorenzo family with several behind-the-scene tasks, like unpacking photo frames, organizing photos, and distributing programs. The Team also had the opportunity to lead several large tasks, like collecting funds for the 50/50 raffle. By working in pairs, the Team raised over $3,000 for the raffle!

The Team would like to thank Allen Galorenzo and his family for welcoming the Team to 12th Annual Golf Classic and Dinner Gala. We are happy to have been able to contribute our time to The Daniel Galorenzo Foundation. It truly was an incredible experience to witness everyone’s generosity. From the individual who selflessly gave his live auction prize to a Danny G child to the individual who created a funding page to purchase robots with live video cameras and voice recorders that could collect footage of a classroom for child with an illnesses that prevents him or her from attending school, it was absolutely an honor to be surrounded by boundless kindness!