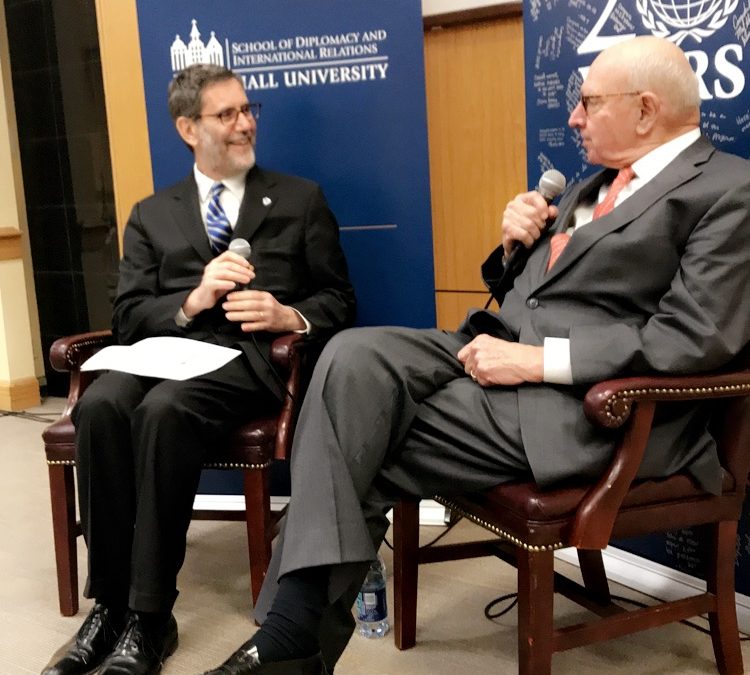 NOTE: This post was written by Roxane Heidrich. Roxane is a graduate student at the School of Diplomacy and International Relations, Seton Hall University. She is specializing in Global Negotiations & Conflict Management and International Security, with a research focus on international mediation, cross-cultural dialogue facilitation, and security issues.

On Tuesday, February 27th, 2018, the School of Diplomacy and International Relations at Seton Hall University had the honor of hosting Ambassador Thomas R. Pickering, one of the most eminent diplomats in the United States Foreign Service.

In a  career spanning over five decades, Ambassador Pickering served in the U.S. as the ambassador  to the Russian Federation, Israel, India, El Salvador, Nigeria, Jordan, as well as at the U.S. Permanent Mission at the United Nations in New York. It was precisely here, at United Nations, that Pickering played an instrumental role during the Gulf War (1990-1991) in pushing for a resolution of the Middle Eastern crisis by diplomatic means. He is remembered for being one of the most distinguished professionals in the American Foreign Service  who has ever served as a U.S. representative to the United Nations[1], arguably for his ability to coordinate the UN Security Council’s response to Iraq’s invasion of Kuwait.

In addressing the theme of the event, “The United Nations and the United States: Friend or Foe?,” Pickering argued that more often than not, the United States is labeled as a foe. The unfolding of this narrative is not surprising in the light of President Trump’s recent statements about budget cuts to the United Nations and the increasing skepticism of  the efficiency of this multilateral organization, hence the Trump administration’s  call for prioritizing national sovereignty.

Distrust is a shared feeling among a number of countries when it comes to evaluating the ability of the United Nations in addressing the world’s most pressing issues. Pickering pointed out a number of circumstances for this common sentiment, identifying the architecture of the Security Council as one major example. The Security Council has only five permanent members, each of which has the power of veto. R, Pickering commented: “No defender of genocide should have [a right to] veto.”

In envisaging a reform of the UN Security Council, the two major issues to address would be membership and internal organization, Ambassador Pickering said. Enlarging the membership would automatically be to the detriment of its efficiency, which is why he does not see this as a viable solution. However, much can be done at the level of transparency. Many of the Security Council sessions are held in secrecy because of the thorny issues being discussed. One way of going around this practice and increasing the participation would be having regular reports without explicit reference to which country raised what concern or what positions specific members held. For the same purpose it would also be beneficial if the Secretary-General routinely participated to the Security Council meetings.

After these opening remarks, Ambassador Pickering engaged in a more one-on-one conversation with the audience. Questions and answers gravitated toward  the Ambassador’s extensive experience with conflict and diplomacy and America’s role in war scenarios as a dominant power. While answering a question on how to tackle hard-liners and how to balance formality with the quest for creative solutions, Pickering advocated for a respectful but proactive approach. Protocol should not be used as a “deceptive tool,” he said. Instead, negotiators should be listening more than talking, understanding the words and the behind-the-words, and actively seeking  for mutually compatible solutions. 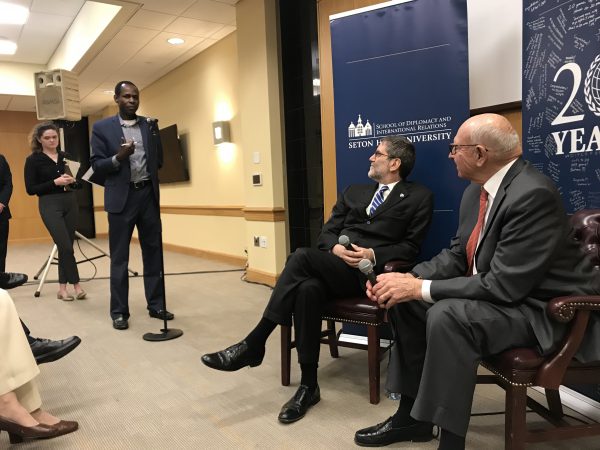 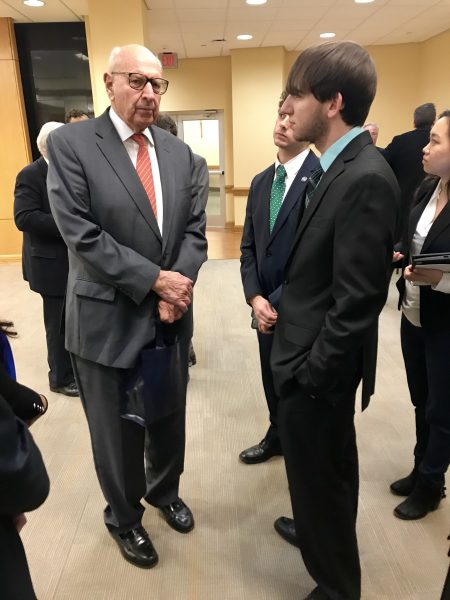 As for Americas’ employment of military action, the Ambassador was realistic in recognizing the country’s reliance on force primarily when trying to solve conflict situations abroad. Americans should be “examining very carefully why and what [they] go to war  for,” he said, adding that whereas the deployment of the military has always been an easy move in the past, “America has never been good in ending wars” – such as, for instance, the case of the 2003 invasion of Iraq.

In his final remarks, Ambassador Pickering commented on the power shifts of the 21st century that are affecting the leadership position of the United States. China is growing rapidly, not only economically, but also in its  power. Vladimir Putin, the President  of the Russian Federation, aims at expanding his role and the role of his country in the world. “[America] must show firmness and toughness to keep its leverage,” Pickering concluded, “but also be careful in using the military force to avoid complicating things beyond control.”