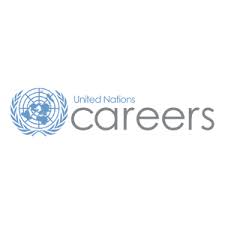 NOTE: What follows below is Part Two of an interview with Fruzsina Straus (MADIR 2007) who is currently working with the UN’s Economic and Social Commission for Western Asia (ESCWA) through the UN’s Young Professionals Programme (YPP).

Earning a position within the UN Secretariat is notorious for being time consuming and requiring many steps throughout the process. Was there anything that surprised you about the YPP application process that you wish you had known before?

I think that for me, most surprising was the lack of transparency and information. Especially after you pass. For example, all emails come from a general HR address and are just signed “YPP Team”. You have no direct point of contact to call and ask all your questions to.

The waiting period is so frustrating. Once you are rostered, you may remain on the roster for up to 2 years, at which point if you have not been offered a position, well, sorry but you are out of luck. In the mean-time, every three months there is a recruitment round when available positions are sent to the rostered candidates. All-in-all, I spent 8 months on the roster.

Once the official offer does come though, things speed right up! I was surprised at how fast I went from being notified about the vacancy, to being interviewed, to sitting here in my ESCWA office facing the Mohammad Al-Amin Mosque in Beirut.

Do you have any additional tips for Diplomacy Alumni who are interested in beginning the YPP process? For example, are there any UN Departments or ‘Job Families’ that you know to be more or less competitive for YPP?

One thing I would say is it never hurts to attempt the exam even if you don’t feel so strongly about your chances or are not sure you want to work in a certain job family. What is there to lose, after all? A few hours on a cold December morning, that’s all. It is also good practice in case you want to attempt the exam again the next year. And if the exam is not offered in your first choice job family, take it anyway in another job family that you are good at. The thing is, the UN promotes mobility and moves YPPs around between job families. I took the exam in social affairs, and although I work at ESCWA, I work in programme management. My predecessor took it in humanitarian affairs, worked in my post in programme management, and is now in human resources. The important thing is to get into the system, and then there is room to move around. And because Diplomacy School students/ alumni tend to be very well rounded, you probably have a good chance in more than one job family, so just pick whichever is your strongest.

Thanks to Fruzsina for her time in answering these questions and also to Emily Pease for transcription!

Part Three of the interview is HERE.