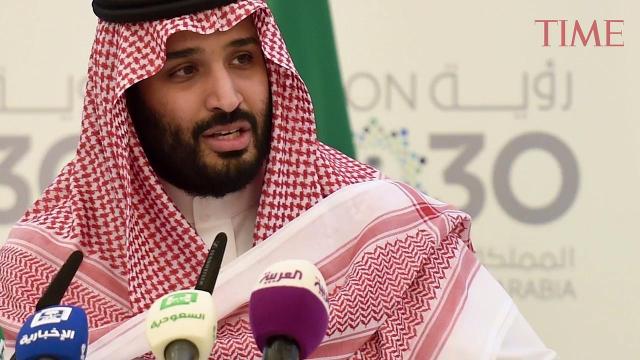 This peace quotes Mr. Martin Edwards, Associate Professor and the Director of Graduate Programs at the School of Diplomacy and International Relations at Seton Hall University. Mr. Edwards is a member of the New Rules for Global Finance Coalition and a frequent commentator on global events for regional and international media.

Originally published at Newsweek on 30 March 2018.

Saudi Crown Prince Mohammad bin Salman urged the international community to step up economic and political pressure against Iran to avoid a large military conflict in the Middle East.

During a whirlwind tour of the United States this month, during which he met President Donald Trump in the Oval Office, Saudi Arabia’s rising leader urged his interlocutors to sanction his country’s archenemy Iran. The comments came as Trump named John Bolton national security adviser, a hawk whose appointment many have said would lead to the demise of the nuclear deal with Iran and the reimposition of sanctions on Tehran.

Increasingly, the people in Washington who believe that maintaining a working relationship with Iran is important are being sidelined by those who agree with the Saudi crown prince, observers noted.

“Bolton is a hawk supporting a hard line with both Iran and North Korea,” Martin Edwards, a diplomacy expert at Seton Hall University’s School of Diplomacy and International Relations, told Newsweek. “The concern is real here. In contrast to McMaster’s preference for sober analysis, Bolton might well support the worst instincts of the president rather than try to constrain them.”

The appointment of another Iran hawk, former CIA director Mike Pompeo, as secretary of state, also does not portend well for the Iran deal.

On May 12, Trump will have the opportunity to decide whether to reinstate sanctions against Iran, a move that would effectively kill the deal. Most analysts agree that he is poised to pull the plug.

Some experts say this could lead to catastrophe in the Middle East, where Iran supports numerous proxies and armed groups fighting against U.S. interests, such as Hezbollah in Lebanon and the Houthi rebels in Yemen. Killing the deal would motivate Iran to begin to develop nuclear weapons, supporters of the deal argue. Some political analysts have suggested that reinstating sanctions would motivate Iran to behave more aggressively.

“The crown prince is right to be worried about Iran’s growing clout in the region—from Iraq and Syria to Yemen and Lebanon, they’ve outplayed the Saudis nearly everywhere,” Chris Meserole, a Middle East expert at the Brookings Institution, told Newsweek.

“Yet the solution is not to roll back the nuclear deal and introduce new sanctions. If the prince thinks that doing so will lead to less conflict rather than more, he’s sorely mistaken. New sanctions will only embolden Tehran further,” Meserole continued.

But MBS, as the crown prince is known colloquially, takes the opposite view, saying the sanctions will help limit Iran’s meddling in the wider Middle East. He told The Wall Street Journal that war would break out in the next 10 to 15 years if the world didn’t use sanctions to stop Iran from expanding its influence. He did not outline details, however, for how that strategy would work.