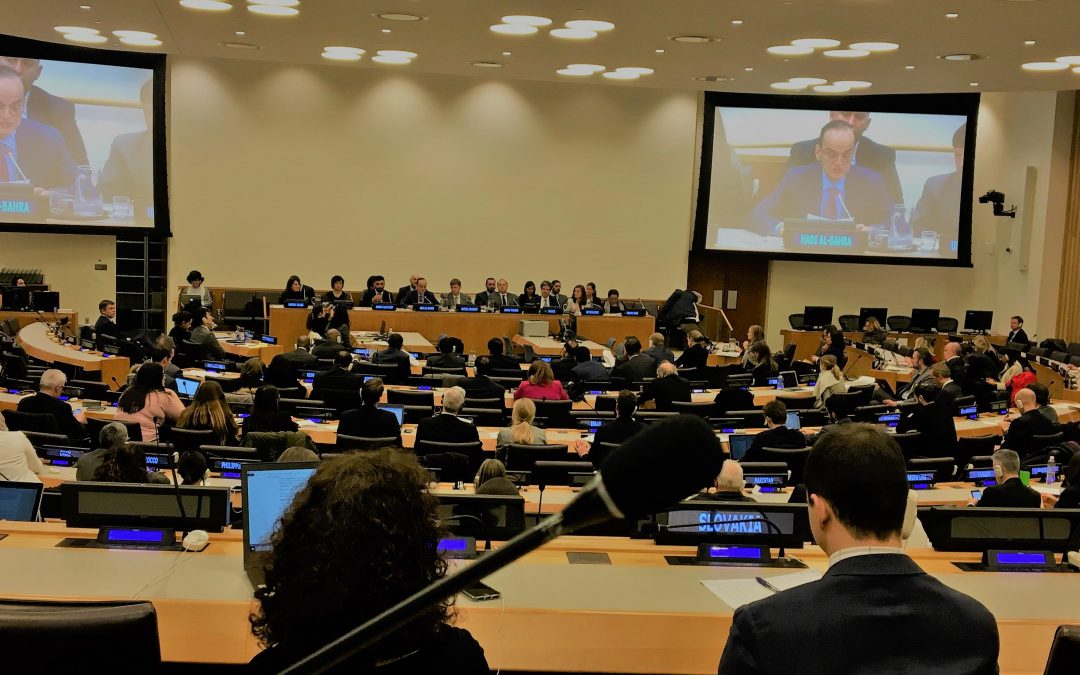 On February 24, the United Nations Security Council unanimously voted to adopt resolution 2401 on a consecutive 30-day ceasefire in Syria. The resolution marked the eight-year anniversary of the conflict in Syria. The ceasefire seemed like a shimmer of hope in a conflict, which has been market with intense bloodshed and violence. Unfortunately, the shimmer of hope seemed short lived. The Russian backed Assad regime continued to focus on a bombing campaign in Eastern Ghouta killing hundreds of innocent civilians, and blocking the entrance of medical supplies.

The United Nations Security Council called for an area-formulating meeting on Monday, March 12th concerning Eastern Ghouta. The meeting’s panel consisted with four member-states of the Security Council; United Kingdom, France, Netherlands, and Poland, along with those who are working and experiencing what was occurring in Eastern Ghouta currently. One of those was Husam Alkatlaby, who worked with the violations documentation systems. He attested that there were around 601 violations of the resolution since its adaptation and 20 medical facilities, which were targeted, which further underlined the poor implementation of Security Council resolution 2401.

Hadi Al-Bahra also spoke on the panel. Hadi Al-Bahra is the Syrian opposition delegate to the United Nations. He pointed out that this violence is not new to Syria, and the country has been experiencing the deaths of innocent lives since the beginning of the conflict. He stated that political negotiations were the only long lasting solution to the conflict, but was wary since the Assad regime has refused to negotiate in the past. He also believed that Iran and Russia were adding the continued violence and bloodshed in the region, and something needed to be done to change this dynamic.

The area-formulating meeting also included two individuals who skyped in from Eastern Ghouta. They gave their testimonies on the violence and lack of medical supplies, which is given to Eastern Ghouta. One individual spoke on how he was stuck in a hospital for weeks, without being able to leave to see his family, due to fear of being bombed on the journey from the hospital to his home. One of the speakers who skyped into the meeting was a 28-year old mother who stated that her children were living in fear. She begged the Russians and Chinese to stop vetoing every piece of hope for those in Eastern Ghouta. All of the speakers from Eastern Ghouta used emotional pleas to persuade the United Nations member-states to come up with a lasting solution to the Syria conflict. They also pleaded the United Nations to find a way to actually implement their resolution 2401, which would stop the bombing of Eastern Ghouta.

The meeting ended with member-states who were not on the panel giving their thoughts on the issues, and commenting on what the speakers expressed. The popular sentiment focused on how the conflict in Syria was horrible, and there was a need for an immediate end to the violence, which was being perpetrated there. They also expressed how complicated the issue was, and how implementing resolution 2401 was easier said than done. States, such as Turkey and Peru highlighted how numb the world has become to the violence, which goes on in Syria and the need for an immediate solution. The United States delegate at the meeting spoke about how the United States in particular will not give up on the people of Eastern Ghouta, and how the United States will introduce a new resolution soon to the United Nations, which is stricter and will be better enforced.

The clear sentiment from the meeting was that Security Council resolution 2401 was a necessity for ending the violence in Eastern Ghouta, but there was a need for proper implementation of the resolution. In addition, the member-states seemed to agree that the only lasting solution to peace in the region was a political negotiation backed by the United Nations. The future of Syria and Eastern Ghouta seemed bleak, but the member-states within the United Nations are set on promoting peace and international security in the region.

Millicent Womble is a junior undergraduate student at the Seton Hall School of Diplomacy and International Relations. Millicent is planning to graduate with a minor in economics and French. Millicent is the United Nations undergraduate Youth Representative to the United Nations for the spring 2018 semester. She is hoping to specialize in economic development in developing nations after she graduates.