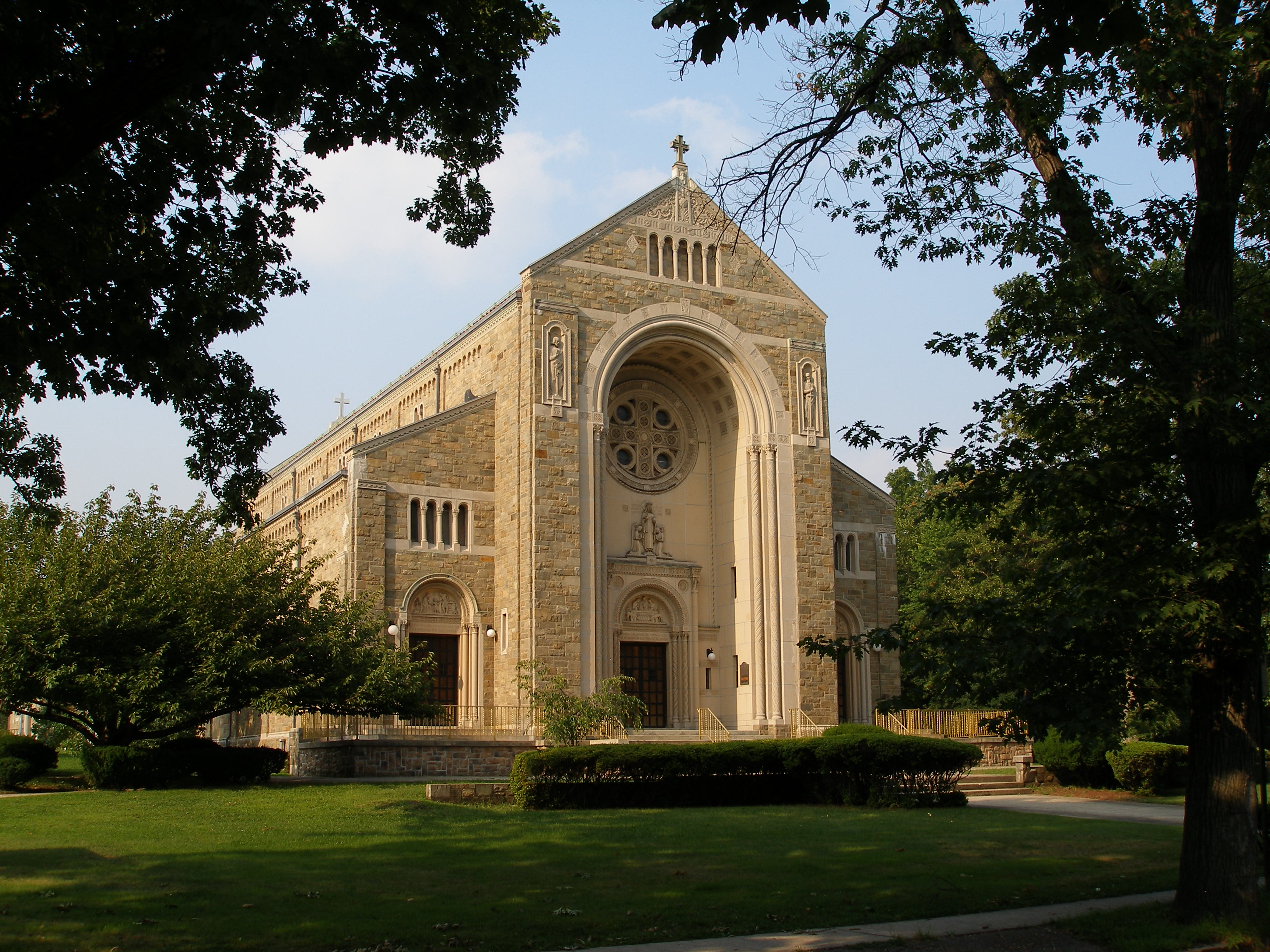 This Lombard Romanesque edifice is prominently situated on the corner of Dodd and Midland Streets. In profile, the structure bears a strong resemblance to its sister church, Saint Vincent De Paul in Bayonne. However, most striking to those who view the building is its likeness to the Basilica of the National Shrine of the Immaculate Conception in Washington, DC. Though perhaps not intentional, these similarities are due to the fact that all three houses of worship are the product of the Boston architectural firm of Maginnis and Walsh of Boston.

Romanesque lends itself nicely to ecclesiastical structures. Keenly aware of this, Charles Maginnis created a facade for Holy Name of Jesus that is generously infused with theological symbolism that fits naturally into the overall artistic theme. The reliefs and carvings to not overpower. Rather, they complement the church’s natural elevations. There is a unity f structure and style that is quite elegant.

A semicircular tympanum containing a representation of the Holy Sacrifice of the Mass crowns the front facade, framed by carved colonnettes. Above the tympanum is a representation of Christ the King that commemorates Pope Pius XI’s institution of the Feast of Christ the King in 1925. The focal point of the facade is the large circular window, the design of which utilizes the fundamentals of the traditional Greek cross. The remaining two front facade entrances contain depictions of the Holy Family at Nazareth on the left and the Child Jesus in the Temple on the right.

The pleasing harmony of the Church’s exterior is also evident within its walls. Columns of richly colored marble representing the Twelve Apostles support a vaulted gallery on either side of the nave. The high altar and the two side altars are of rich marbles with inlays of onyx and other semi-precious stones. All surfaces and architectural facings are of various but complementary shades of marble and terrazzo. Like the front facade there is much symbolism in both the artistic decoration, as well as the architectonics, of the different interior spaces.