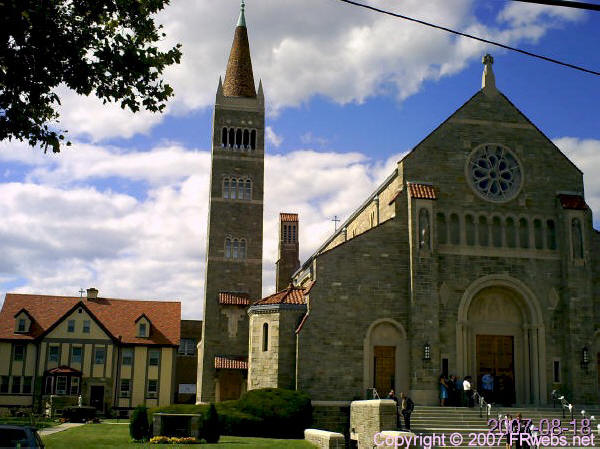 This magnificent church, designed by Maginnis and Walsh, with interior design and wiindows by Harry Clarke, is a gem of ecclesiastical architecture. The style which is derivitive of the Romanesque churches of northern Italy, is called Lombard Romanesque. The campanile shows the influence of Venetian style.

The interior, lit by Clarke’s windows that show the Mass and the sacraments with allusion to Old Testament precedents, is extremely rich. The altar is of Algerian yellow onyx. The sanctuary, floor and columns, are of Italian and French marbles.

The church retains its original fixtures and design with little alteration.