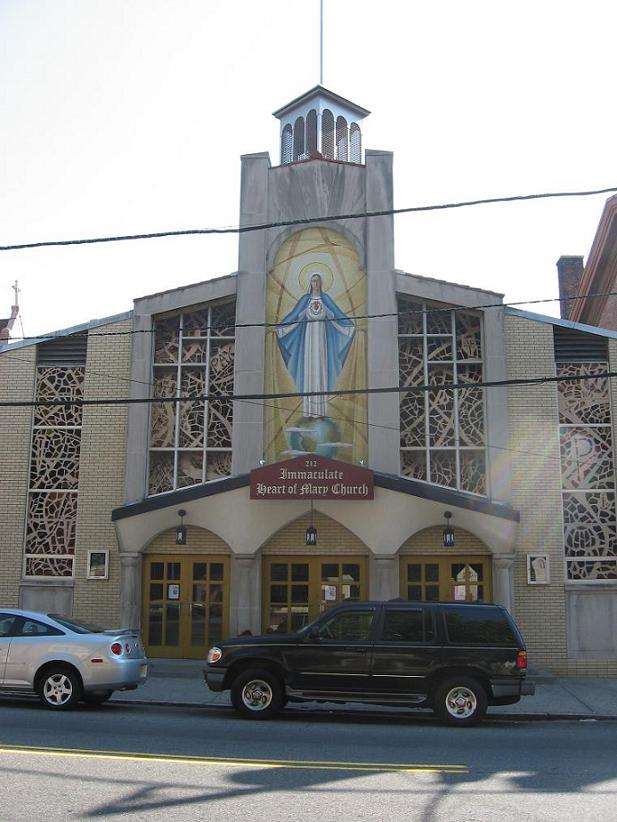 In 1928 it became St. Joseph’s Church to serve a growing Spanish (Galician) and Portuguese population. In 1965, the name of the parish was changed to Immaculate Heart of Mary.

The layout of the church is a spread cruciform with a half-circle at the front that serves as the sanctuary. All the pews are angled to face the central altar. The entry is a Spanish-style portico, a triple arch trimmed in limestone. Above the portico there is a limestone tower that incorporates a mosaic of the church’s patron, the immaculate Heart of Mary

Of great interest are the “catacombs” under the former St. Joseph’s Church.

Published in Essex and Newark