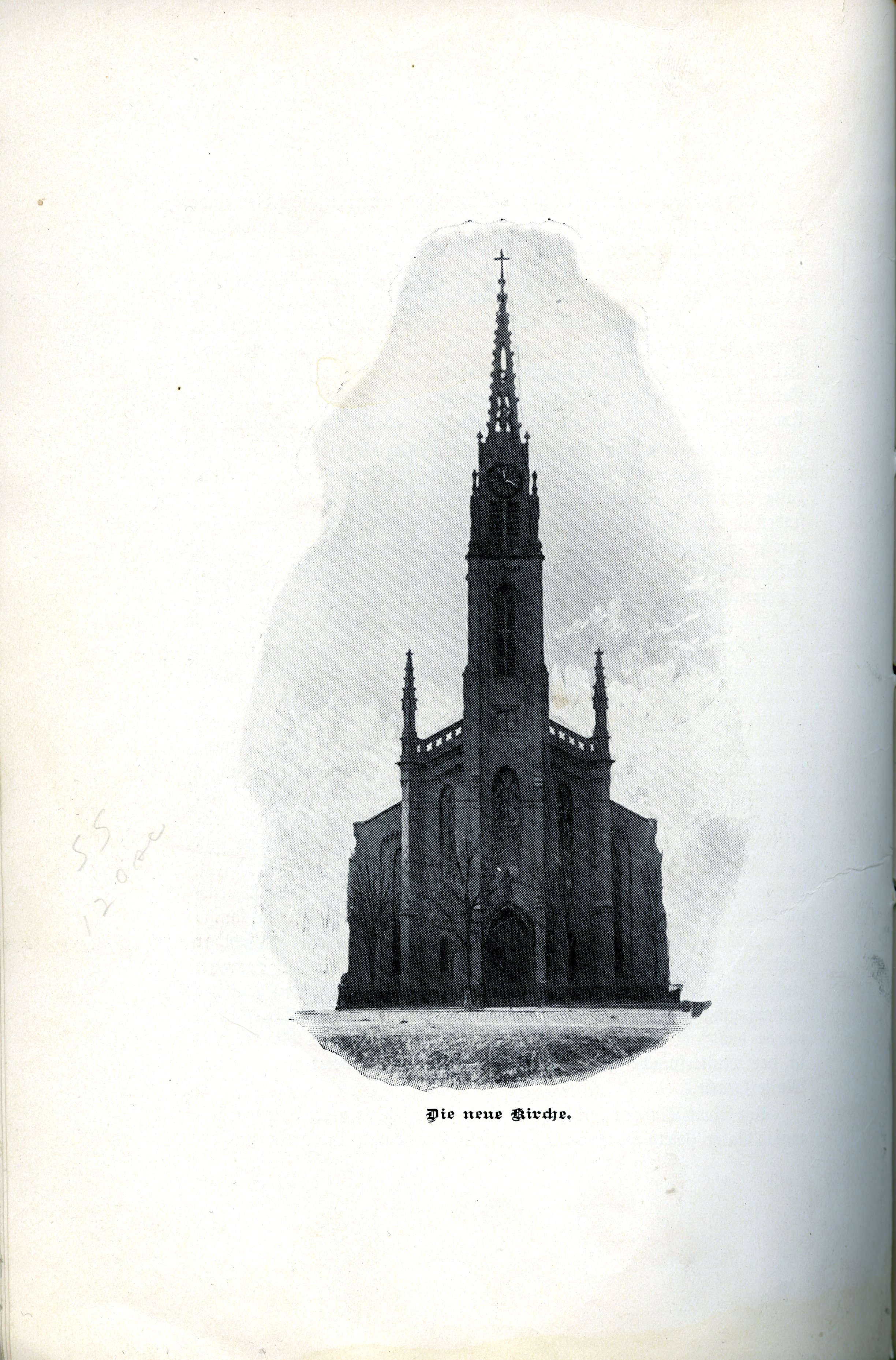 St. Peter’s Church, founded as a German parish, was suppressed in the late 1950s. The church was constructed with red brick with sandstone accents.The church became the home of Queen of Angels Parish, an African American congregation, until 2011 when the church was closed and the congregants moved to St. Augustine’s Church.

In 1862, shortly after construction was completed, a storm damaged the church, knocking down part of the steeple and pinnacles.

In 1931, the tower was struck by lightning and the upper portion, containing the clock, fell to the ground. The foundation of the church was destabilized as well.

Published in Essex and Newark