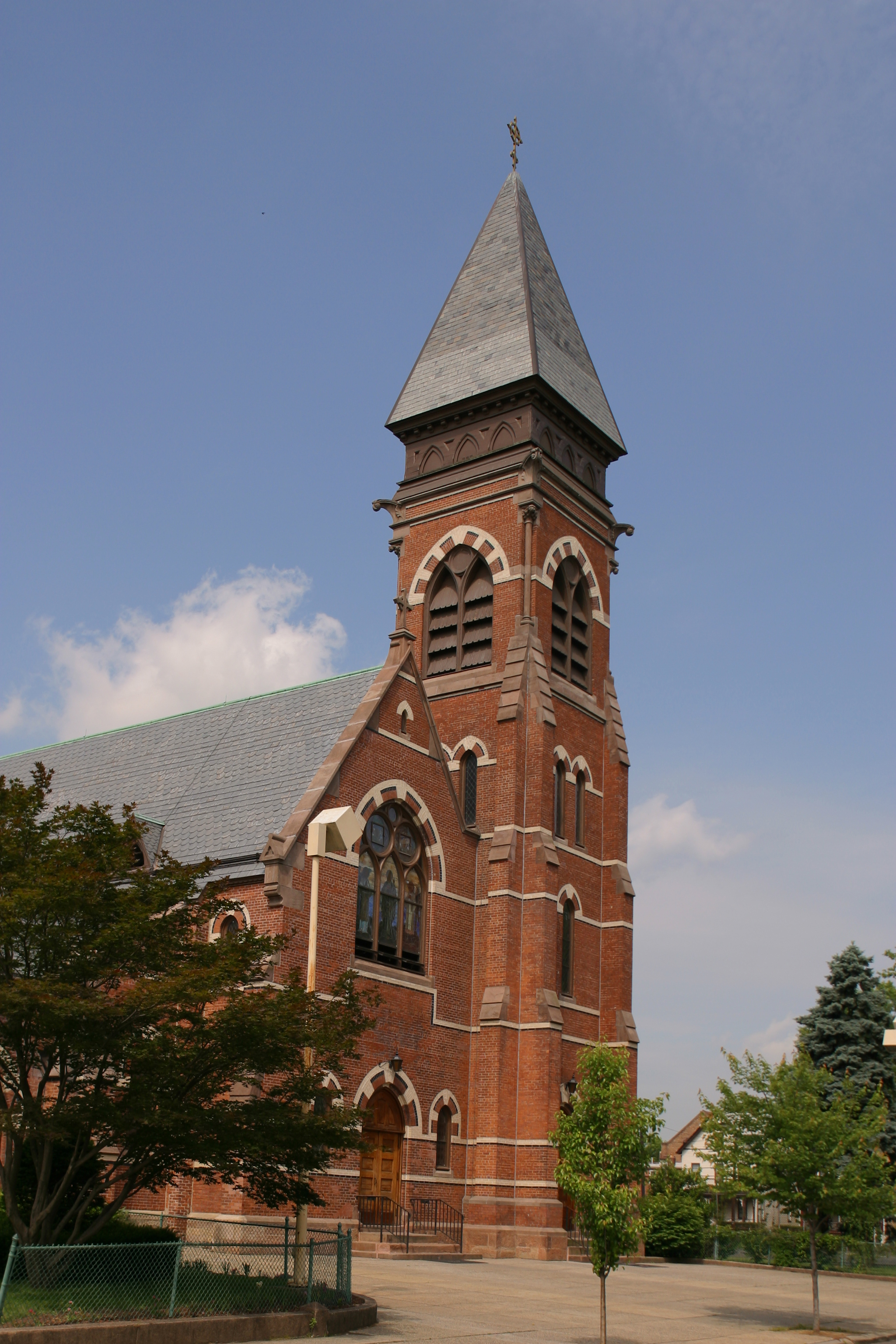 Completed in 1880 and consecrated in 1890, this magnificent church is an example of the High Victorian Gothic style. The constructional polychromy of of St. Mary’s is a distinguishing feature of this style which was predominant in 1860-1890. The exterior finish of the church is red brick laid in the common bond technique with the alternation of yellow and black stone in the decorative bands which surround the pointed arch windows and doorways. The horizontal string courses of light and dark brickwork which connect the features of the windows and doorways of the church emphasize the flatness and massiveness of the red brick walls  by showing that the windows and door frames are flush with the wall surfaces.

The main body of the church is cruciform. The original structure was basically rectangular in plan, three bays wide by eight bays deep, which created an axial plan. The one bay transepts were expanded to three in 1950, and a Latin cruciform structure was established. The original dark polished ash pews, located in the nave, are formed in a key type motif with a carved open trefoil at the top and a carved open cross at the base. The pews are separated by a functional paneled divider which allowed for the Victorian custom of “pew rent.”

Another important feature of St. Mary’s is the bell tower which is square in design with sloping piered buttresses capped with stone coping, and the buttresses rise higher than the roof of the church. The bell tower consists of a tall pyramidal steeple, broad wood frieze, louvered belfry openings, slender colonnettes with Corinthian stone capitals, four carved gargoyles, and constructional polychromy.

Published in Plainfield and Union County