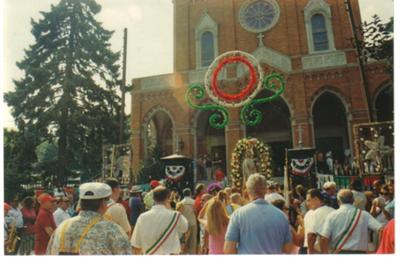 Montclair – Our Lady of Mount Carmel

Opened in 1939, this delightful Italian Gothic church calls itself the “Small Parish with a Big Heart.” The open nave, framed by scagliola columns,  allows an unobstructed view of the sanctuary, highlighted by a high altar of light tan Italian marbles. The soft colors of the church enhance the light of the beautiful stained glass windows.

Normally, church bells are named after saints. From their names, the bells of Mount Carmel have been “recycled.” One honors Civil War hero General Philip Kearney.

A short video presentation of the interior can be found at: