How Much Should We Worry About Poultry Imported From China? 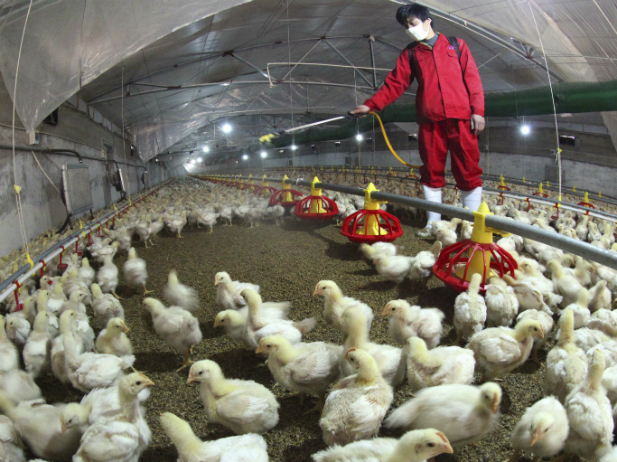 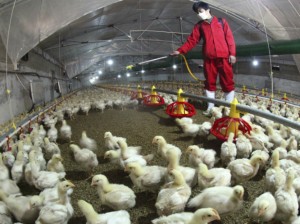 One month ago, the U.S. Department of Agriculture (USDA) quietly lifted the ban on processed poultry imports from China. This raised immediate concerns in the United States. The media responded critically to the decision; a recent Bloomberg article was titled “Don’t Trust a Chicken Nugget That’s Visited China.” U.S. consumers were worried, perhaps even frightened. One person commented to the CBS News report that “[I am] immediately taking anything and everything with processed chicken off my shopping list. It’s been clear for a long time now that products from China are simply not safe and may even be harmful.”

The U.S. consumers have legitimate reasons to be concerned about food produced in China. After all, China is engulfed by an unprecedented food safety crisis that affects all the major segments of the food supply chain from farm to fork. Furthermore, since 1997, high incidents of bird flu—from H5N1 to H7N9—have been found in China’s poultry markets on an almost routine basis.

While we’d prefer to take the question of processed Chinese poultry imports as a public health problem, the issue has been entangled in Sino-U.S. trade disputes from the very beginning. The ban on Chinese poultry was triggered by the H5N1 bird flu outbreak in 2004, which led both countries to stop importing poultry products from each other. As the epidemic subsided, China called off the ban on U.S. poultry imports, but the United States refused to reciprocate, leading China to file a complaint with the World Trade Organization (WTO) in June 2009, which then launched a formal investigation into China’s claims. Amid fears of a tit-for-tat trade war, Congress lifted the ban on Chinese-processed poultry in 2009, provided that China passed USDA on-site audits and sanitary inspections.  In 2010, the first audit revealed that China failed to comply with the U.S. standards. The same year, however,the WTO ruled that the U.S. ban “fundamentally violate relevant WTO rules.” Earlier this year, the second audit found that China had corrected all issues identified in the previous audit. This paved way for the final lift of the ban.

The U.S. decision to lift the ban opens the door to the importation of Chinese poultry products, but processed chicken won’t be exploding onto the U.S. market anytime soon. Only four Chinese poultry processing plants, or 0.4 percent of total meat processing firms in China, will be allowed to export to the United States. Moreover, American companies still need to decide whether it makes sense to import processed chickens from China. Sure, China is a low-cost supplier, but it is also a hot zone for the deadliest strains of avian flu. Potential importers in making the outsourcing decisions also have to consider high costs associated with supply disruption caused by a potential avian flu outbreak in China, in addition to the costs associated with product liability and recall.

Many critics also argued that the decision could be the first step towards eventually allowing China to export its own domestic poultry to the United States. But American consumers should not anticipate the influx of Chinese-bred raw poultry into the U.S. market in the foreseeable future. We have outsourced the poultry processing to China, but we haven’t sourced raw poultry from China—the chickens will still be raised and slaughtered in the United States, Canada, or Chile. Also, it takes time for China to be given the green light to export its domestic poultry to the U.S., in part because raw poultry import is audited through a system different from the processed audit, and there is no guarantee that China will pass the audit.

Furthermore, despite its status as the largest poultry meat producer in the world, China is still a second-tier poultry exporter. Based on the FAO data, China exported about 300,000 tons of poultry in 2010; even if China’s chicken exports climbed to 415,000 tons in 2019, it would still be as much as 15 percent less than the quantities China exported between 2000 and 2003.  Indeed, facing fierce competition from Brazil and Thailand, China’s poultry exports have steadily declined over the past years.

That said, there are a few things that both China and the United States can do. In order to prevent the adulteration in processed chickens, the USDA could negotiate with the Chinese government to send personnel to China to conduct site inspections. Individual U.S. companies should also be encouraged (if not required) to label their individual products with country of origin. But given the structural causes of food safety in China as well as the globalized food supply chain, neither labeling nor site inspection would significantly reduce the high safety risk associated with Chinese food products. A wiser and more constructive approach would call for the U.S. government to work with China to construct a functioning product safety regulatory framework, including establishing an authoritative and competent regulatory authority and building an effective and enforceable rule of law.