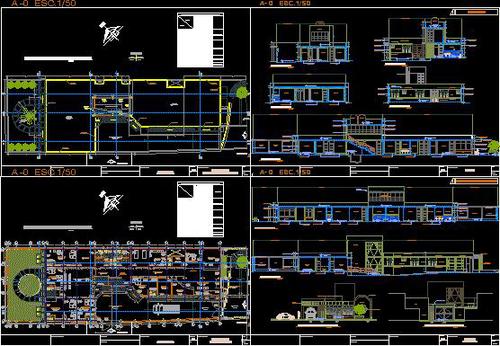 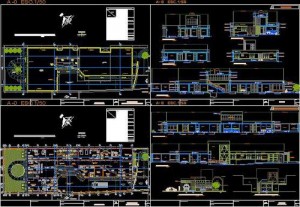 But the architecture does not reflect the emerging priorities for the post-2015 agenda.

In its set-up strategic framework for the World Health Assembly meeting this week WHO Director-General Margaret Chan’s office took clear note of this architectural, or competing governance, misalignment:

“Given the diversity of the challenges in health and the growing number of actors, it is not surprising that the governance landscape is complex. Rather than ‘architecture’ health governance is better described in terms of ‘overlapping and sometimes competing regime clusters that involve multiple players addressing different problems through diverse principles and processes.’”

The WHO strategic plan continues, noting the need to meet UN General Assembly passed resolutions on universal health coverage and on noncommunicable diseases: “Several constraints need to be overcome if these two objectives are to be realized. Firstly, there is a misalignment between the program budget and the funds available to finance it, which results in part from a reliance on highly specified voluntary contributions. Second, this type of funding can be unpredictable. Third, there is a vulnerability that arises from dependence on a very narrow donor base. Fourth, there are heavy transaction costs and a certain lack of transparency associated with current approaches to resource mobilization and management. Lastly, the availability of the unspecified funding needed to bridge funding gaps and to respond to changing circumstances is limited.”

This boils down to two things. Very little money or expertise is in the Global Health architecture now to address health systems, universal health coverage or noncomunicable diseases, and nobody knows where that missing money will come from, or how the architectural mess will be fixed.

The Global Burden of Disease Study (GBD) 2010 survey, representing the largest scientific review of health trends in the world ever conducted, was released at the end of 2012. It demonstrates the world population is living longer in nearly every region, but suffering poor health and chronic disease through most of its gained years of life. Thanks in large part to the great successes of Global Health programs, between 1990 and 2000, the burden of infectious disease mortality plummeted fewer children perished before the age of five, and more of humanity is now living into its seventh and eighth decades. In 1990 the leading cause of poor health in the world was undernourished children; by 2010 it was high blood pressure. In 1990 lower respiratory infections were the top killers in the world; by 2010 heart disease was the leading cause of death.

Institute for Health Metrics and Evaluation

This dramatic shift in life expectancy and causes of death argues for radical new directions in global health efforts. While targeted, disease specific measures to control HIV, TB, malaria and childhood vaccine-preventable diseases must persist lest the infectious diseases resurge, most of humanity will require a very different set of preventive and treatment priorities.

As debate over the post-2015 Millennium Development Goals advances, the front runner health target is universal health coverage (UHC). In December 2012 the UN General Assembly formally endorsed UHC, in much the same form as wasbacked in 2011 by the World Health Assembly. Should UHC targets be set for the 2020s, most countries in the world will need guidance for their achievement, covering such things as retention and training of healthcare workers, health systems management, medical financing and insurance, outpatient services and chronic disease care.

But the architecture of global health currently mirrors disease-specific silos of financing for HIV/AIDS, tuberculosis, malaria, maternal health, and the like. WHO has a very thin bench of expertise in health management and financing, and even the World Bank lacks the intellectual power at this time to help countries meld public and private health services, affordable insurance models and quality care with disease prevention and healthy living priorities.

If the UN ultimately settles on UHC as its next major health target a spectacular reorganization of the entire architecture of the multilateral sector in health will be necessary. Politically, such a reshuffling will be extremely controversial, particularly regarding donor/recipient relations and the future of HIV, TB and malaria control efforts.

History demonstrates that with increasing attention to medical care delivery the power and prioritization of public healthdeteriorates. Given the fragility and brevity of success in such classic public health efforts as child immunization, water safety, well baby interventions, epidemic detection and response, basic nutrition and smoking eradication it would seem premature, even dangerous, to shift Global health a priori to worldwide medical care delivery. Despite all rhetoric people are still dying of AIDS in New York City, regardless of fully insured, sophisticated medical care. Tuberculosis multidrug resistance is on the rise, not decline, so that the absolute burden of TB cases may be ebbing, but the numbers dying ofvirtually untreatable disease are soaring. And grand achievements in malaria control and treatment have been made, thanks largely to use of artemisinin combination therapies and bed net distribution, but disturbing pockets of parasite resistance to the newer drugs have emerged, and mosquitoes in West Africa are, through mysterious means, “learning” how to outwit bed nets.

Public health wars are rarely won; they are merely pushed to low level stalemates with the enemies. Any relaxation in humanity’s defenses will result in resurgence of old scourges, often in new, deadlier forms. It would be sheer folly for the world community to repeat the great error made in the late 1970s by American public health leaders, declaring infectious diseases defeated, even as HIV lurked unnoticed in the country’s gay community and blood supply.

Matching architecture to need requires both skills and expertise, and the wisdom to recognize which less popular programs must be preserved for the sake of Humanity.