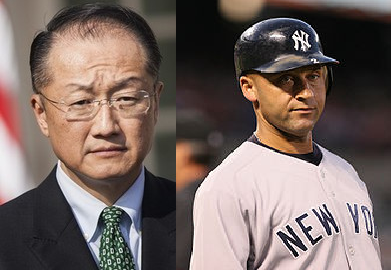 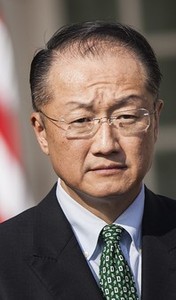 My colleague Kate Weaver has written a nuanced take on this blog on the race for the World Bank presidency, that whoever succeeds Robert Zoellick will have an especially tricky go of it ensuring the organization’s relevance at a time of fiscal austerity and changes in the global balance of power.

Since Kate’s post, opponents of the U.S. nominee Dr. Jim Kim, currently head of Dartmouth College and formerly head of the World Health Organization’s AIDS initiative, have become more vocal. There is something unseemly about the criticism being leveled against Dr. Kim, and for the record, I’d just like to tell some of those folks to quit making the wrong-headed, quasi defamatory case against Dr. Kim and make a stronger positive case for the other candidates. Jim Kim ain’t no Harriett Myers.

So, who am I thinking about? The Harvard economist Lant Pritchett, whose work on immigration I normally find quite appealing, issued this intemperate broadside, calling it a “terrible idea” and “It’s an embarrassment to the U.S.” He added for good measure that nominating Kim “is like picking the short stop for the New York Yankees out of the scrub leagues.” Bill Easterly, another economist whose take on foreign aid has added an important dose of realism to discussions of development, sought to parse the words of a 2000 co-authored book to paint Dr. Kim as an old school unreconstructed leftist. In the FT, Easterly opined: “Dr Kim would be the first World Bank president ever who seems to be anti-growth.”

Ok, So He’s Not an Economist

Guys, we get it. Dr. Kim isn’t an economist. Dr. Ngozi Okonjo-Iweala, Nigeria’s current Finance Minister, is. She has a terrific pedigree, not only having served as the Managing Director of the Bank, but she is an MIT trained economist. Don’t get me wrong. I think Dr. Okonjo-Iweala is a fabulous candidate. She and I shared a panel at the Brookings Blum Roundtable several years ago, and she did a fantastic job talking about how she was able to use Nigeria’s oil revenue to negotiate a historic reduction in the country’s foreign debts. I have been rooting for her to be successful in Nigeria as the current finance minister and was saddened to hear how well-meaning efforts to address gas subsidies were misinterpreted as yet another sign of Nigerian government corruption. I also agree that the gentlemen’s agreement that divvies up the leadership of the World Bank and the IMF to the Americans and Europeans respectively is archaic.

Still, the knocks on Jim Kim have gone way too far. The third candidate Colombia’s former Finance Minister Mr. Ocampo said damningly with faint praise in the FT of Kim: “He is an excellent physician, nobody denies that, but we’re talking about a development institution.” 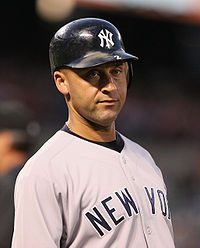 That’s rich. It’s as if the Obama Administration had nominated some no-named country doctor or “scrub league” short stop to the post. Here is a Harvard-trained MD & PhD who has worked at the grassroots level of development for many years, someone who founded one of the most successful and well-known health NGOs Partners in Health that has done heroic work in places like Haiti and Rwanda. Health has been an incredibly important sector of successful development experience over the last decade and perhaps the single most successful area of foreign aid over the last half-century. Before taking up the leadership mantle of late at Dartmouth, he was also the head of the HIV/AIDS department at the World Health Organization. All of these are important leadership positions, intimately related to the field of international development (ok, Dartmouth maybe not so much). He’s more like the Derek Jeter of development (okay, so the 3 by 5 initiative had a mixed record at the WHO but it’s a nice analogy).

If Dr. Kim criticized the growth agenda of the structural adjustment era, so what? This has all become mainstreamed into the Bank’s own philosophy of pro-poor growth.Does it take a PhD in Economics to run the World Bank successfully? If selected, Dr. Kim would be the leader with the most hands-on development experience that the Bank has ever possessed. He would be as or more experienced in the field as serious contenders that were mooted in advance like Susan Rice, Hillary Clinton, or Pepsico CEO Indra Nooyi (ok, maybe Larry Summers knows more but Summers always know more than anybody). As Daron Acemoglu and Jim Robinson pointed out on their blog Why Nations Fail: “Perhaps all of Mr. Kim’s critics prefer the status quo where the World Bank is run by ex-warmongers (Robert McNamara), bankers (James Wolfensohn) or career civil servants (Robert Zoelick). Wait wasn’t that the World Bank that they loved to criticize?”

I Come in Praise

You don’t have to denigrate Dr. Kim to praise the other candidates. The strongest case is that while Dr. Kim is a good candidate, Dr. Okonjo-Iweala is the dream candidate. She’s from a large developing country, knows the issue well, understands the complex world of global finance, and is intimately familiar with the culture and organization of the Bank. And, for her supporters, the changing nature of the international system has made this practice of the U.S. having the automatic right to appoint the Bank’s president an anachronism.

That said, I think there are two additional compelling reasons to support Dr. Kim over Okonjo-Iweala. First, I have strong worries that a Bank led by a non-American won’t get as much U.S. support (David Rothkopf has a nice column that encourages U.S policymakers to not be so miserly, but I’m not convinced Congress in its infinite wisdom will be that magnanimous.)

Second, as David Bosco tweeted, “If Okonjo-Iweala is as good as everyone says, couldn’t she do more lasting good as Nigerian minister than as WB prez?” Nigeria’s success is important for its population of 150 plus million, for the region, and for the African continent. I think she may be able to do more good for more people in that role.

Proponents of one candidate or another should recognize that we have three good candidates and argue about the merits, what the Bank needs at this juncture in its history, and refrain from the politics of destruction because that’s just petty and beneath the people who are making those arguments.