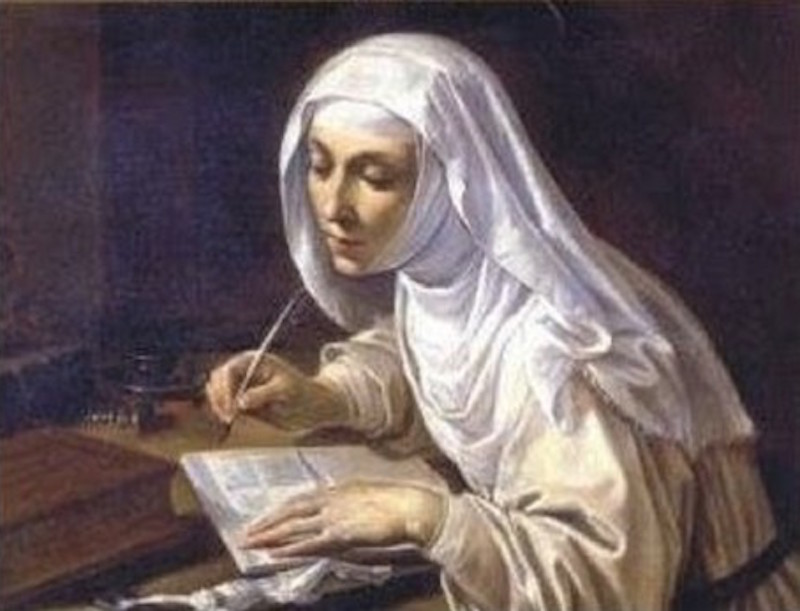 Shortly after deciding that I wanted to adopt a patron saint with the new year, I came across an engrossing story* about the early life of the medieval saint, Catherine of Siena, and my decision was made.

As I read, what drew me to her went deeper than the fact that we share our name. It was her fiery blend of qualities as well as a hunch that our personalities would have meshed well. I think she would have been a delightful friend and encouraged my faith in action.

Despite her middle-class background, Catherine treated nobles and poor alike with the same degree of approachability and kindness.

Known as a peacemaker, she was often called on to mediate family feuds in her town of Siena.

She was frank in speaking the truth – she didn’t mince words.

When the plague struck her town, she cared for the sick and dying with strength and courage, steeling herself through feelings of nausea from the human pestilence and decay.

Such was her faith and conviction that “men and women, lay and clergy, rich and poor wanted to learn from her.”

She often faced opposition, unwarranted criticism and even slander in response to her charity, but she responded with humility and kindness.

Her guidance and reward came through spiritual insights. In her book The Dialogue, she recounts that God instructed her to serve anyone who needed help, regardless of their temperament or how they treated her in return, in the same way that God shows his infinite mercy.

I look forward to learning more about this woman who would go on to become an influential theologian and doctor of the Church, though she died at only 33.

*The Word Among Us, November 2018, by Christopher M. Bellito