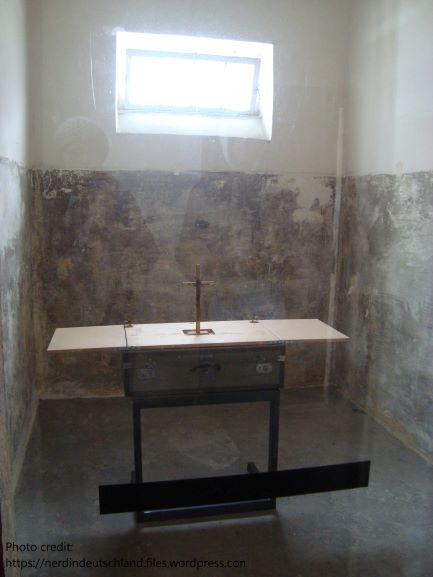 4pm Sunday afternoon and the grand ballroom began to fill up for the 5pm welcome Mass.  This mega ballroom would be our church for the next few days.   And while no stained-glass windows adorned the walls, the ‘sanctuary’ was beautifully decorated with flowers and the rows of “pews” seemed endless.  The large banner posted read: “Christ the Servant” Yesterday. Today. Forever.”  The noise level grew loud, as Kevin & I walked up and down the aisles, searching for friends from the Archdiocese of Newark.  The energy, excitement and joy were palpable!  People smiled, laughed, hugged and posed for pictures.  Collectively, all 2,800 of us shared a common passion– our deep love for God and our commitment to serve and strangers though we may be; we were all part of one big beautiful Catholic deacon family.

A talk by Deacon Keating resonated deeply within me – “listen for the pain.” It is a simple line, but one of stark truth- listen.  So many need to be heard these days, the sacrifice to listen is not always so easy.  I believe as a deacon’s wife and as a student in spiritual direction formation, this applies to me now more than ever before.  Listen for the pain.

While I may have a teeny-tiny amount of bias, by far, my favorite speaker, was Dr. Dianne Traflet, who, gave two powerful and emotional presentations.  The first presentation was held at The National World War II Museum and her topic “Called Out of Darkness: – Building the Body of Christ from the Barracks of Dachau.”   This is the focus of my reflection.  I’ve been so fortunate over the years to hear several of Dianne’s presentations on St. Teresa Benedicta (Edith Stein) and Blessed Titus Brandsma and I was in awe that she was giving this presentation only two days before Bl. Titus’ feast day on July 26th.  So Providential!!  J

The title for Dianne’s talk resonated with me.   In fact, my heart pounded when I read the title of her presentation on the registration page of the Diaconal Congress website.   “Called Out of Darkness: – Building the Body of Christ from the Barracks of Dachau.”  How was it possible to build the Body of Christ from a concentration camp; especially Dachau?  The atrocities during the Holocaust were unspeakable.  In a few moments, you will read why this so profoundly resonated with me.

Over the years, St. Maximilian Kolbe has been a special friend to me and I have read of the many priests and seminarians arrested and sent to concentration camps.  Dianne painted the picture for us by providing some statistics — over 2,700 clerics were imprisoned in Dachau and of that number, over 2,400 were Catholic priests sent to the concentration camp – almost the same number of deacons and wives present at the Diaconal Congress.  What an image!

The priests of Dachau were separated from other prisoners and all held in cell-block 26.    Within that block, a chapel was constructed (I would say that this was a miracle) and there was a statue of Our Lady, known as “Our Lady of Dachau”.  As a keepsake, each attendee received a two-sided prayer card with the image of Our Lady of Dachau, looking down upon Her Child as She tightly embraces Him on one side and the image of Blessed Karl Leisner, on the other side.

Bl. Karl Leisner, a transitional deacon, who lived in block 26 and was dying of tuberculosis and Dianne shared his extraordinary journey to his ordination to the priesthood inside Dachau.

On December 17, 1944, deacon Karl was ordained and Father Karl Leisner celebrated his first Mass on December 26, 1944 – his one and only Mass, on the feast of St. Stephen.  Contemplating the immense joy of this incredible miracle of Blessed Karl Leisner’s ordination, in the midst of such a heinous place of darkness, despair, pain and suffering.

Reflecting on Bl. Karl’s journey to ordination, brought me back to Kevin’s diaconal journey.

Two years ago, my heart was filled with the greatest joy as I witnessed my husband as he lay prostrate in prayer moments before he was ordained a permanent deacon for the Archdiocese of Newark.  I am so grateful to the photographer, who captured the moment of Kevin kneeling before the Archbishop, with his hands folded, and the Archbishop laying on of hands and prayer of ordination. As I listened to him preach at the Mass of Thanksgiving the following day at our home parish, I looked with awe at his face, glowing. Through the sacrament of holy orders, I trust that Deacon Kevin will continue to generously, faithfully and lovingly serve God and Church.  The vocation is his, but I share in the joy to serve.  Bl. Karl was called out of that darkness to be a light for others and I believe that we are called to be that same light; especially in this dark time in our church; to listen for the pain and be a servant of hope and life – whether we are deacon or deacon’s wife.

Now that we are home again and I’m back in my busy routine, I find myself thinking about Bl. Karl, especially as we approach his feast day on August 12th (yup, I felt compelled to look it up & it is the day before my husband’s birthday and 2 days before St. Maximilian’s) and Our Lady of Dachau – in the context of my own journey from Judaism to Catholicism.

Now may be a good time to share that on October 22, 1938, my 50 year-old German Jewish grandfather, together with his wife, my grandmother and their three children (Kurt, 16; Inge 15; and my father, Gunther, almost 14 years old) boarded the MS Cordillera, and fled Nazi Germany.   Incredulous as it might sound, I learned of the date of their departure and the name of the vessel only yesterday!  My grandparents sold their home and basically left behind their possessions, their memories and an extensive family.  Growing up, the atrocities of the Holocaust were never spoken of in our home; but within the last 5 months or so, I have been given a tremendous gift.  A distant relative contacted me and shared my family genealogy dating back to 1752 and through these documents I learned the identity of family members who were murdered in many of the famous concentration camps.   My grandfather’s two sisters perished in Theresienstadt.  Among my relatives, was Albert Simon (my grandmother’s uncle).  Albert died in Dachau in 1942; he was separated from his wife, Jenny and their 9-year old son, who were exterminated in another camp in Poland.   Now as a Catholic, with a strong love and devotion for Our Lady, I pray that somehow in God’s infinite mercy, Albert’s path crossed with Bl. Karl and I pray that Our Lady of Dachau embraced him at the end.  I will never know but it brought me consolation to imagine Our Lady in the midst of such suffering; after all, Our Sorrowful Mother remained at the foot of the Cross, never leaving Her Son.

Dianne concluded her presentation with absolute priceless gems (rather than ‘nuggets’) that will help me to pray for my husband to be….

Blessed Karl Leisner, pray for us!

5 Thoughts on “Nuggets from New Orleans- Written by Marcia Reina”