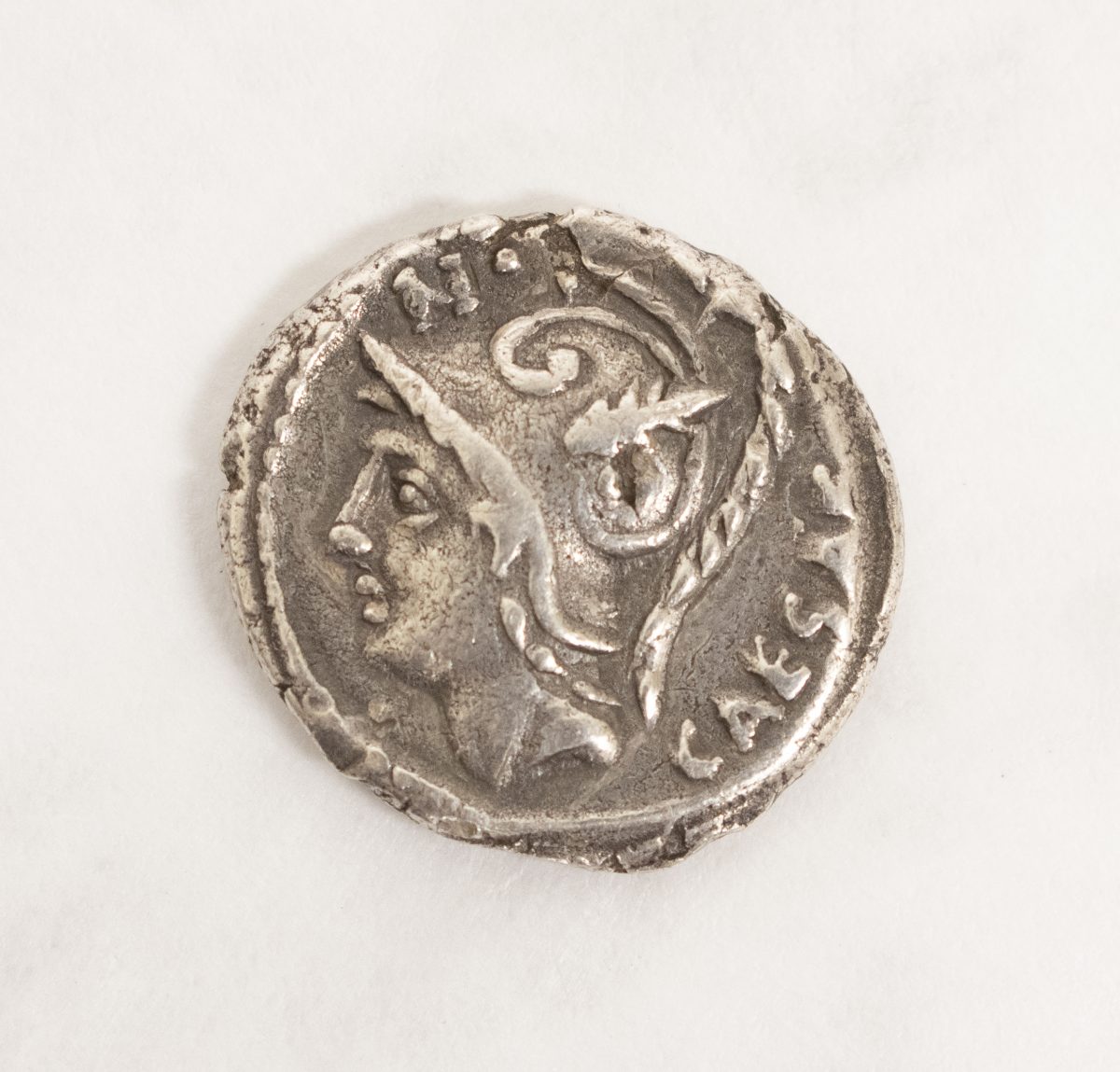 Julius Caesar was known as a skilled politician, gifted orator and military general. A popular leader, he initiated a program of social and governmental reforms including; the extension of citizenship to those living in Roman territories, support for military veterans, redistribution of property to the poor, and the creation of the Julian calendar, the same one we use today. Though he favored Republican ideals towards the beginning of his reign, he was assassinated, in part, for his increasingly dictatorial manner of rule. The coin features the image of Mars, god of war, wearing a crested helmet.